4 Reasons You Have to go to Myanmar Now!

On the road well traveled, take a left at the old Buddhist temple and head 1000 miles north off course. Soon you will have arrived at Myanmar, a country where time has yet to catch up with the rest of the world.

Old carts drawn by oxen and dilapidated temples serving as pots for ancient trees are just the beginning of the backwards charm that has since left the rest of Southern Asia.

The cities are still in their raw dirty infancy, where even a hostel can be hard to track down and don’t even think about a western café with air conditioning! So, if you want to see Asia as it was, before tourism changed everything, then Myanmar needs to be your next stop.

And do it soon, because it’s changing fast!

There are four aspects of Burmese culture that make Myanmar the current time capsule of Asia, and here they are!

Reasons why you should go to Myanmar now!

1. Visit Myanmar for the people

Burmese people are extremely humble, hardworking, and colorful! Myanmar has over 135 ethnic tribes and “Barma” is the largest one. Around 68 percent of the population is Barmese. The traditional Barmese dress includes a top shirt and a long cloth called a longyi that wraps around the waist. 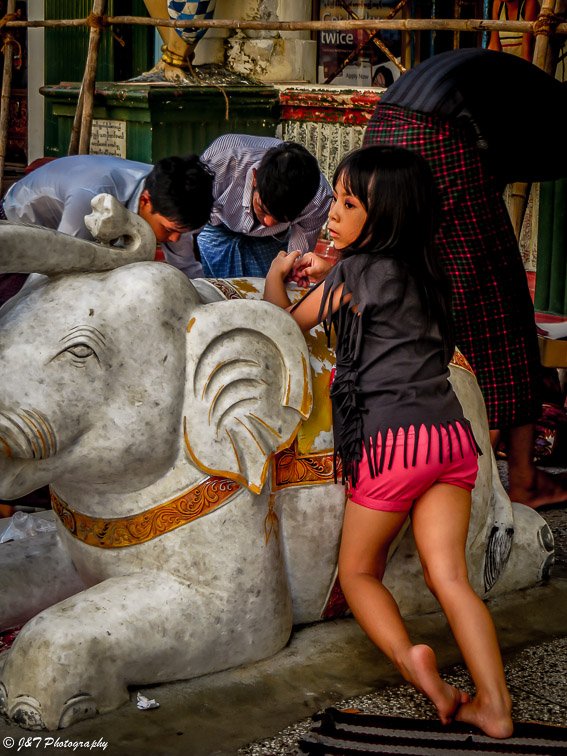 Unfortunately, The younger generation is beginning to forsake this unique and cultural tradition for a more modern look… 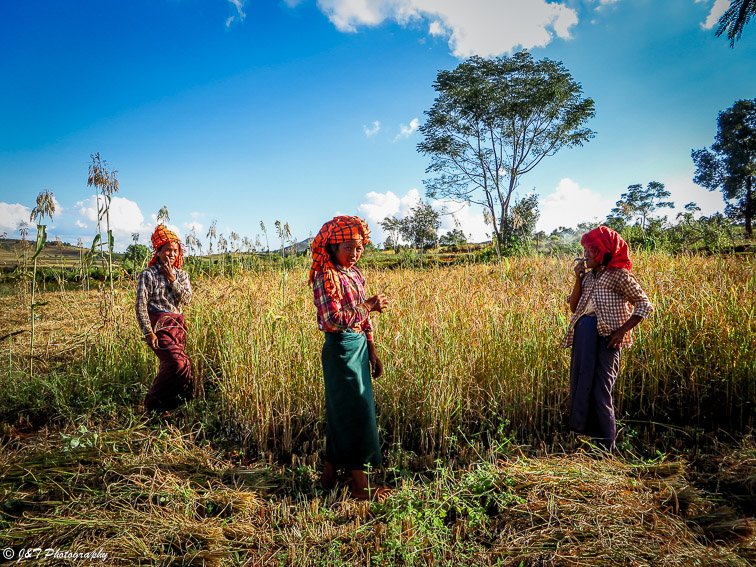 In the country side, Burmese women working in the field wear bright headgear so they can be seen from a distance! Unfortunately, as money from tourism and modern agricultural methods seep in, we will see less and less of this traditional style of farming.

The traditional style of one-legged fishing is still alive and well in more remote areas like Inle lake. The locals in this area discovered long ago that by hooking the paddle around their leg, they have more flexibility to use their hands for casting nets, but this unique tactic will also be affected by the availability more modern tools like the gas engine.

Traditional Burmese women are not to be trifled with. This woman is smoking a high mountain cigar rolled in special green tobacco leaves.  Don’t mind the curving sickle in her hand, its only for sheering rice…I hope.

And of course, out here your likely to see about 100 ox carts for every three-wheeled tractor contraption that was macgyverd out of old parts.  The oxen aren’t fun to ride but they can pull those carts over some impressive obstacles. 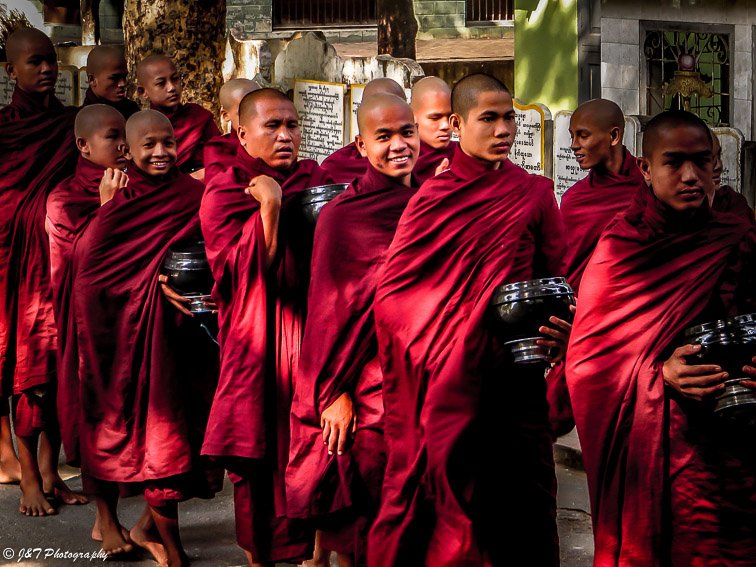 Finally, Myanmar is one of the best countries to see monks in daily life. Every morning in Amarapura, hundreds of young monks line up for a locally sponsored breakfast. 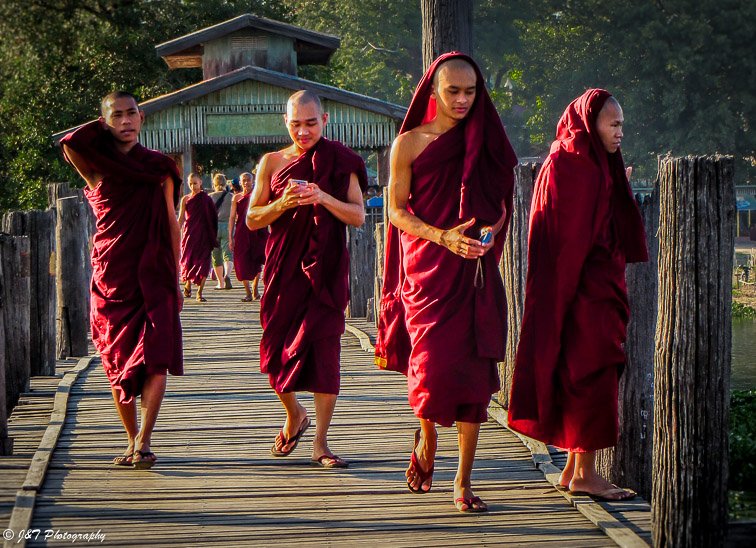 It doesn’t seem like the rise in western presence is affecting the monks….much. 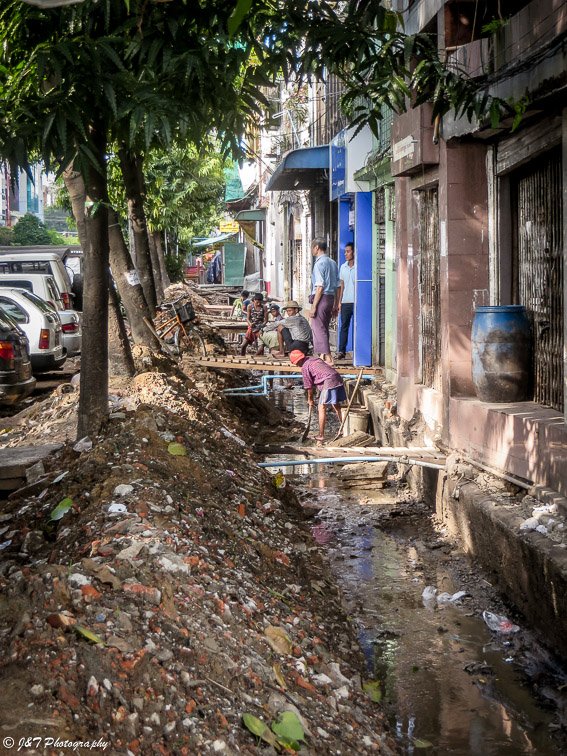 The cities and villages in Myanmar still have a natural charm that can leave many tourists with a dirty taste in their mouth. Exploring Yangon and Mandalay might be for the more adventurous traveler, but the true culture and architectural gems make the grunge well worth it.

The capital of Yangon is changing the fastest of all the big cities, with new high rises and modern businesses popping up all over the place.  There is even a foreigner neighborhood to the north of the city.

When walking around the streets of Yangon every five feet yields a new exiting aroma…many of which come from traditional markets that line the streets. 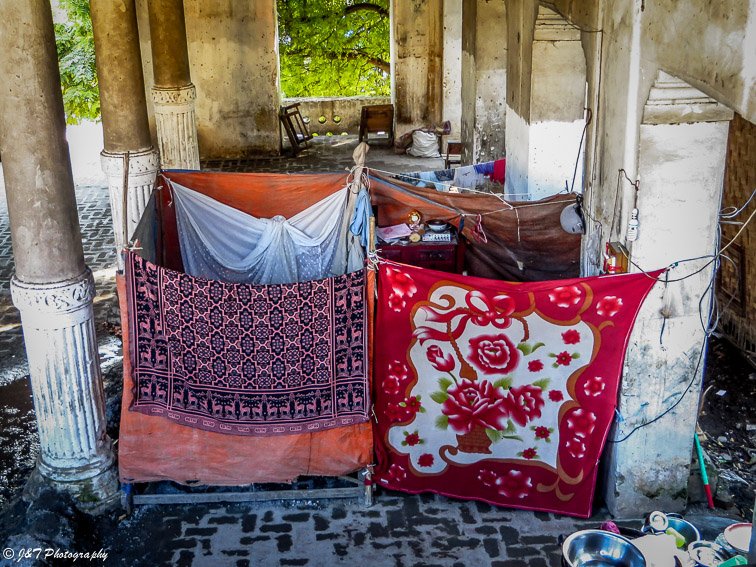 Many city dwellers have made their homes in public spaces using whatever materials they can find.  For me, these places were enhanced by the added colors. 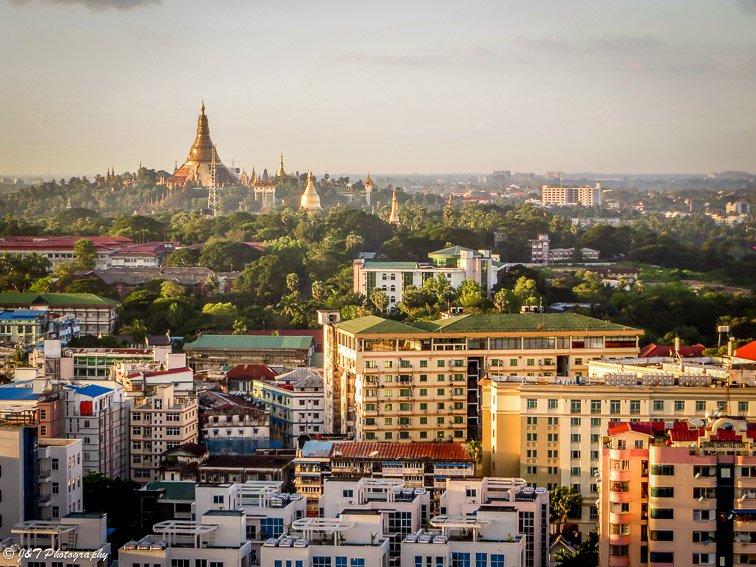 This is the view of Shwedagon Pagoda from one of Yangon’s only western establishments, the Sky Bar. On the street the city might be a little dirty, but from above it has quite the view. 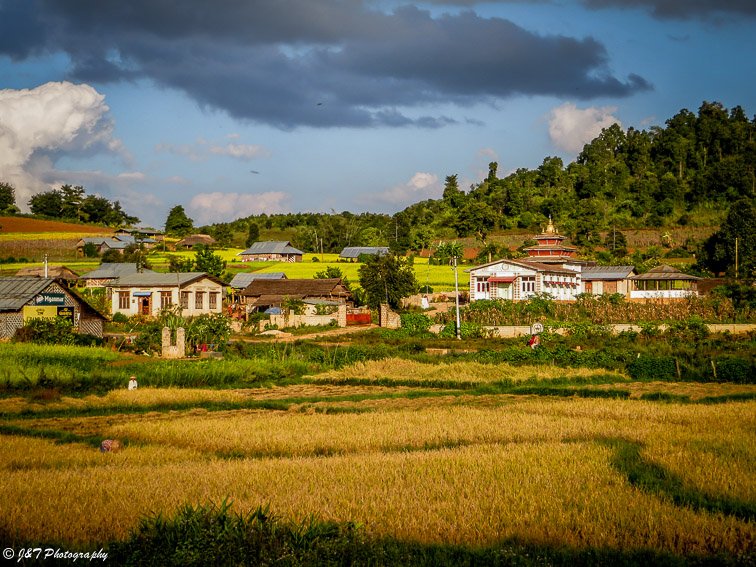 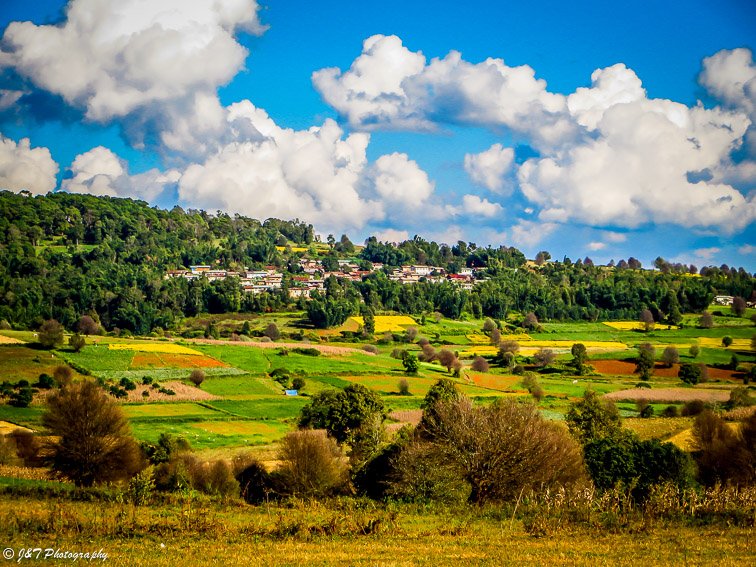 The countryside villages, however, are about as picturesque as you can get. Most don’t yet have power, and still rely on traditional methods of agriculture and farming to survive. 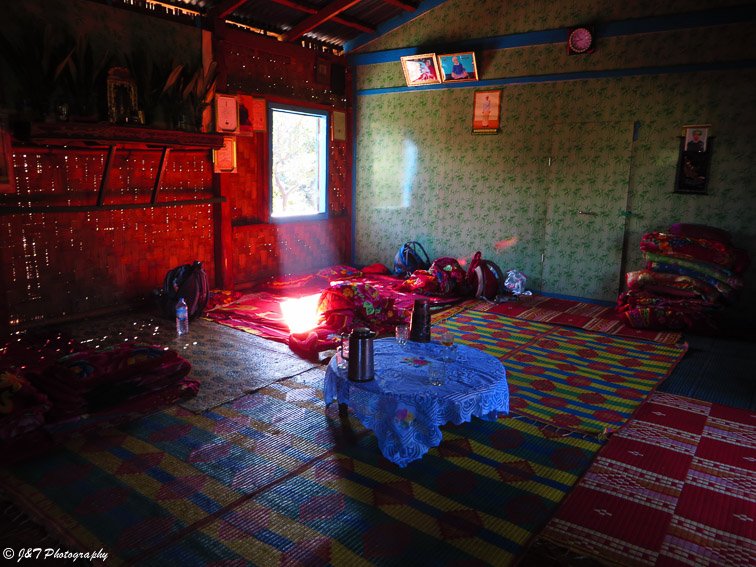 This is the bedroom/dining room of a more upscale village house.  It was surprisingly comfortable to spend the night in! 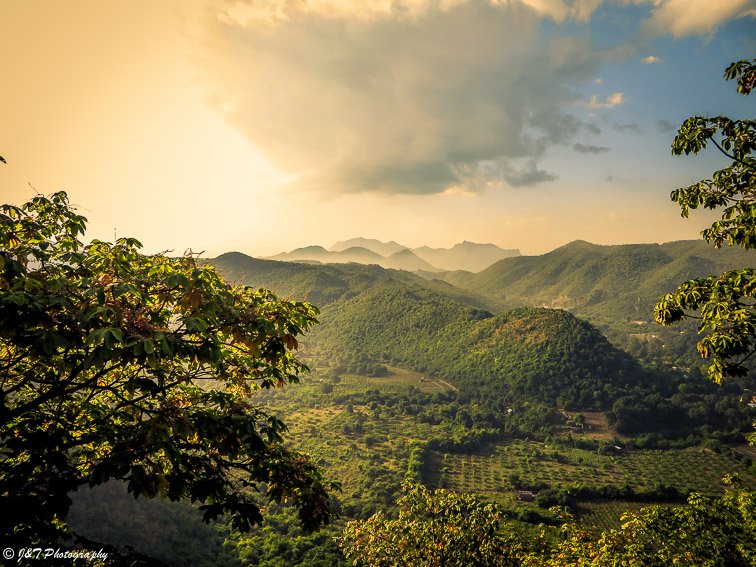 Many people come to Myanmar looking for a back country escape. There are a plethora of hiking and biking routes in the north that give an accurate glimpse of the countries’ outdoor history. As more and more tourists learn about these epic adventures, the paths become increasingly more traveled and laden with hotels and convenient stores. 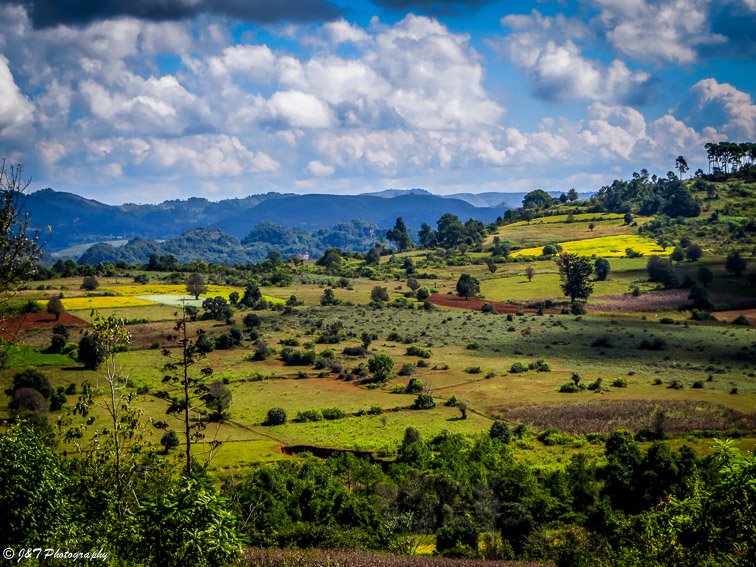 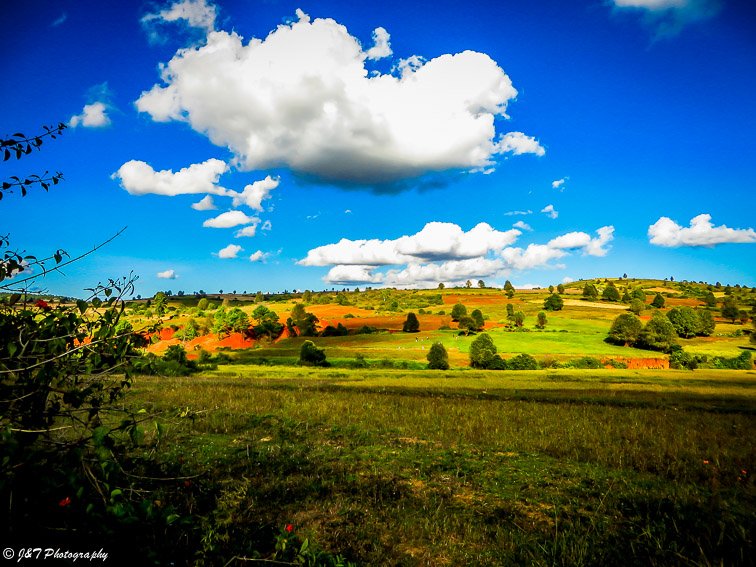 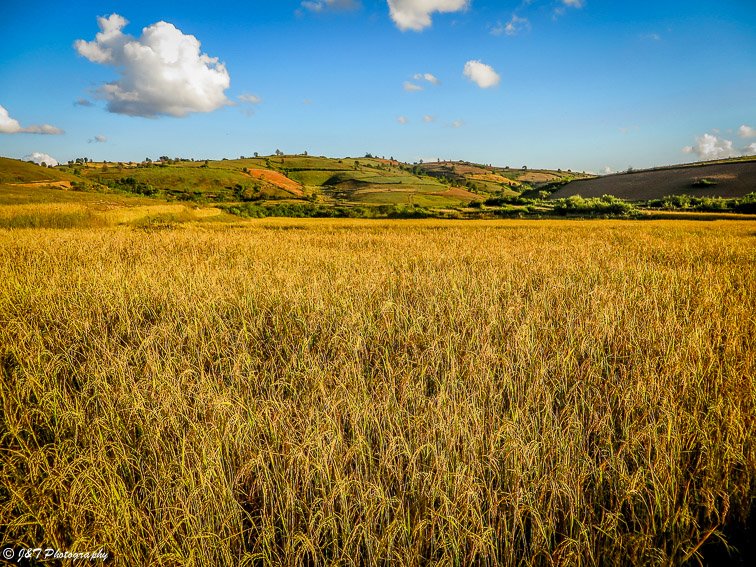 These are some photos from a 3-day route starting in Inle lake and finishing in Kalaw. This was one of my highlights for all of Asia.

4. Myanmar’s temples: Here one day, gone the next 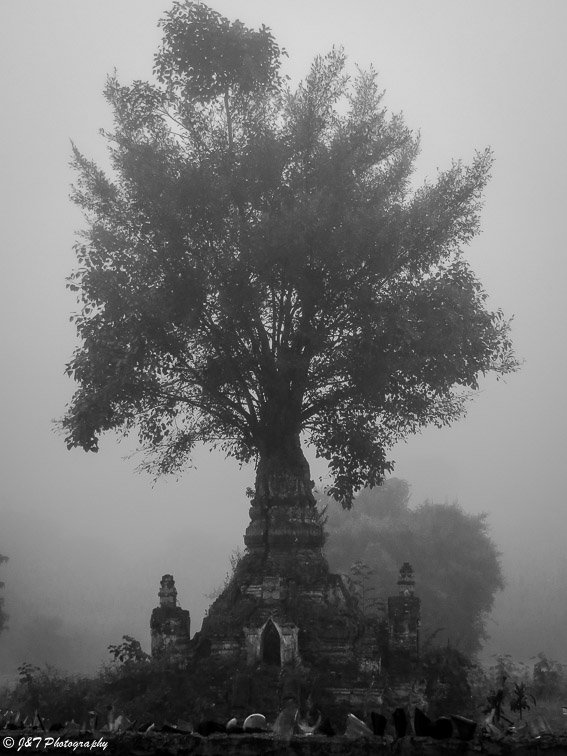 For me, the most impressive part about Burmese culture is the prolific construction that took place thousands of years ago by ancient rulers. The most awe inspiring temple complexes in Asia can be found here as well as some of the most naturally preserved ancient structures of the Burmese Empire.

It is these crumbling, vine infested relics from the past that I treasure most, so I hope you share my horror about how fast they are getting destroyed.

Burmese culture is extremely superstitious and native people believe old religious structures are not fit for the Buddha and his contemporaries. Therefore, these structures must be replaced with new ones or completely remodeled, at whatever cost. Often, a tacky new shade of gold is used to cover up the original stone work. 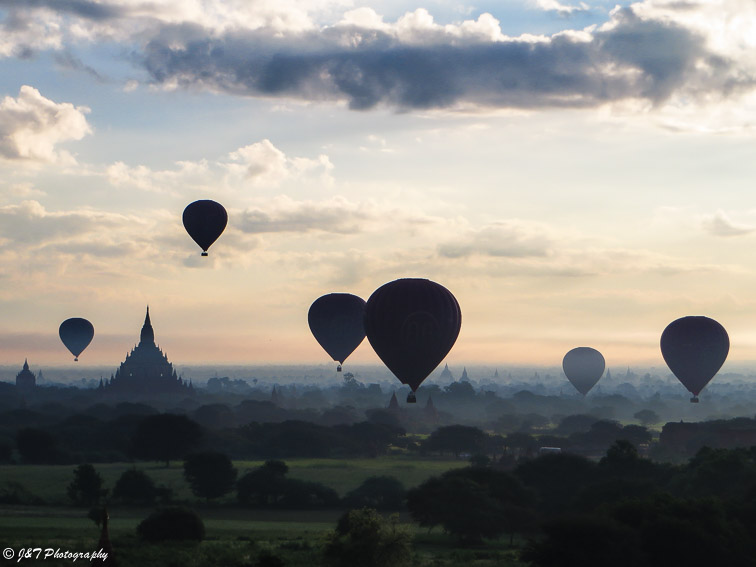 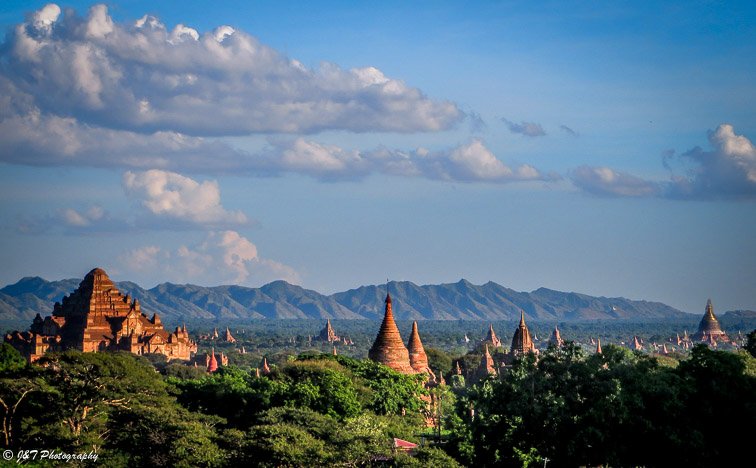 There are over 4000 temples in the Ancient City of Bagan, many of which have never been seen by a traveler!  For obvious reasons, this is one of the most amazing views in all of Asia, and is probably the reason most people venture into Myanmar. 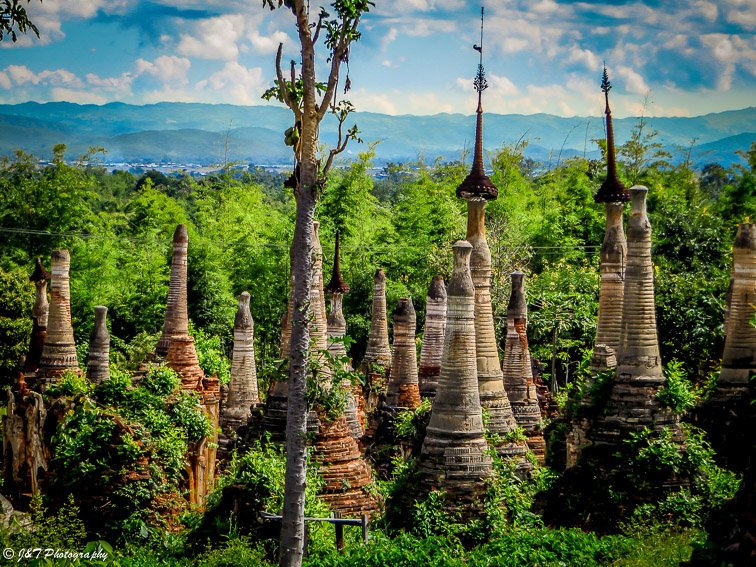 These are some original stupas from around Inle lake.  The sites are just oozing with the beauty of a lost past. I can’t express how sad I was to see them being turned into this before my very eyes…

I saw this remodeling happening at a few different sites around Myanmar. It’s still pretty, but something is definitely lost here. Tourism and culture can have both positive and negative effects on a country. Either way, both have the tendency to create enormous change, and if you want to see one of the great historical masterpieces of asian civilization in its traditional state, you need to visit Myanmar, and soon!

Have you ever been to a country Myanmar more than once?