An Epic Adventure – Sandboarding in Colorado! 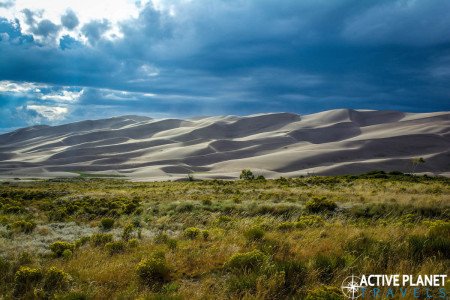 I’ve traveled all around the world but, until this day, I have never been sandboarding in Colorado.

During my time in the mountains of Colorado, I spent a lot of my time doing new outdoor adventures such as snowboarding in the Aspen/Snowmass mountains.

Luckily, the skills I build during those fun-filled hours shredding down the slopes helped me navigate the Denver sand dunes quite easily.  Looking at the weather radar, the rains were supposed to be coming in steadily all weekend.  According to the locals, the was actually when the Denver sand dunes performed best; the wet san gave less resistance for you to go fast down and virtually take flight on a few jumps.

What made the experience even better was the fact that the slopes weren’t that busy even given the variety of people from all over the world who came to the base of the Rocky Mountains to experience this new sport of sandboarding in Colorado.

It’s these sort of outdoor adventure activities that convince Europeans to book upcoming cheap holidays for 2016 through companies on the web.  And once you book it, you know immediately the small investment is worth every penny for the experience you’ll be gaining!

Sandboarding In Colorado In The Denver Sand Dunes…

It was about a 4-hour drive getting from downtown Denver where I went shark diving at the local aquarium to the Southern regions of Colorado.  Although scenic, Liam, Kai, and I quickly realized the open fields provided very brawny gusts of the wind that just loved to push the car around.  During the drive, particular mountain peaks would pop up out of nowhere covered by a dome shape cloud. 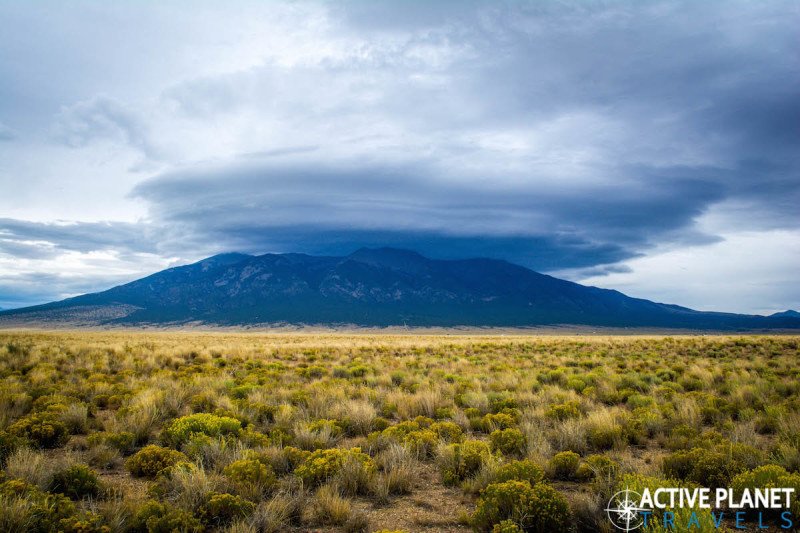 As I continued the drive and got closer to our destination, the beginnings of Great Sand Dunes National Park came out of nowhere and revealed itself gloriously against the rainy backdrop. 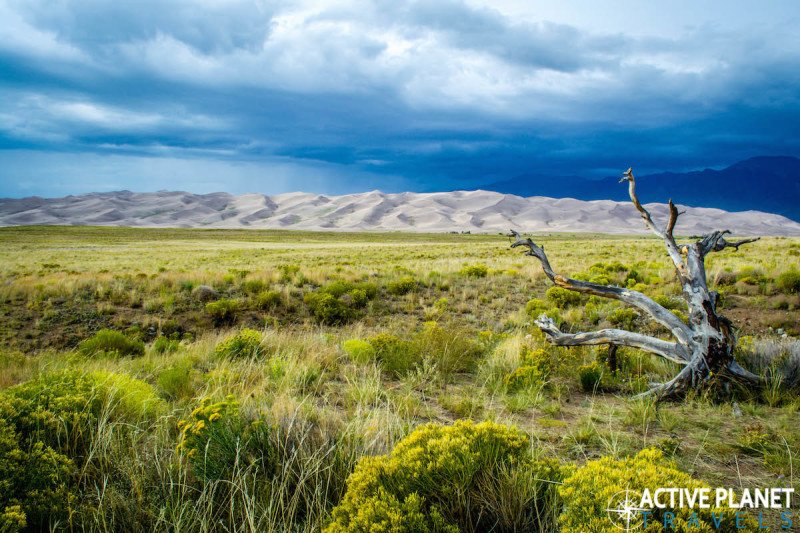 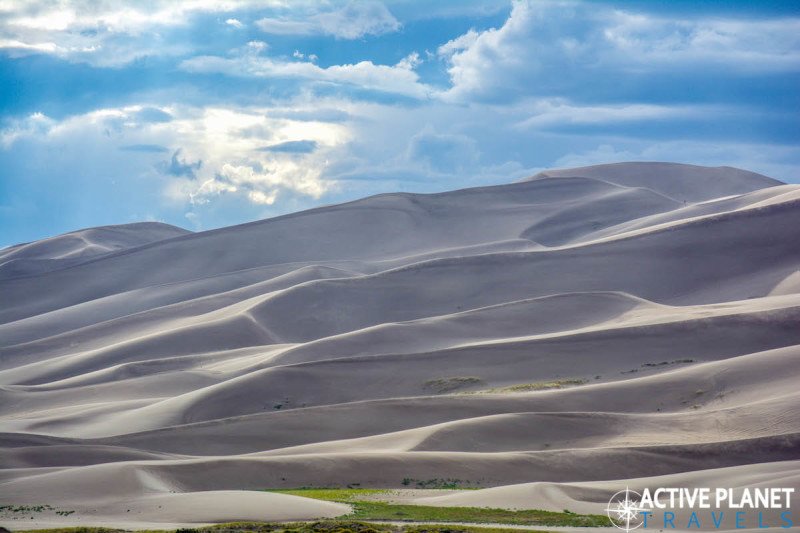 After setting camp just down the road from the Denver sand dunes, the three of us got a good nights rest and readied for the next day of sandboarding in Colorado for the first time ever.

Drinking a cup of green tea the following morning while watching the sunrise, we picked up our sandboard rentals and made our way to the visitor center where we began to hike the sandy slopes.  I found it much easier to navigate the very peak of the slopes without shoes as it was so sandy.

From here, we continued to the peak of ‘High Dune‘ which sat approximately 8,874 feet above sea level. 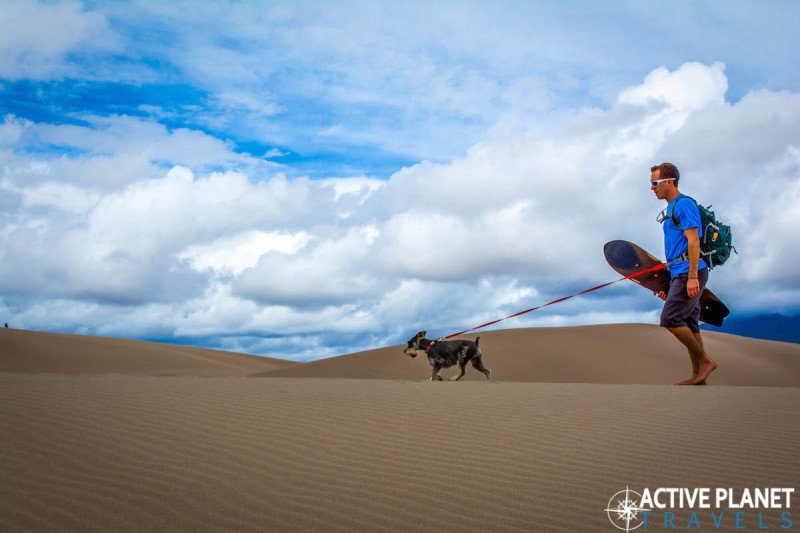 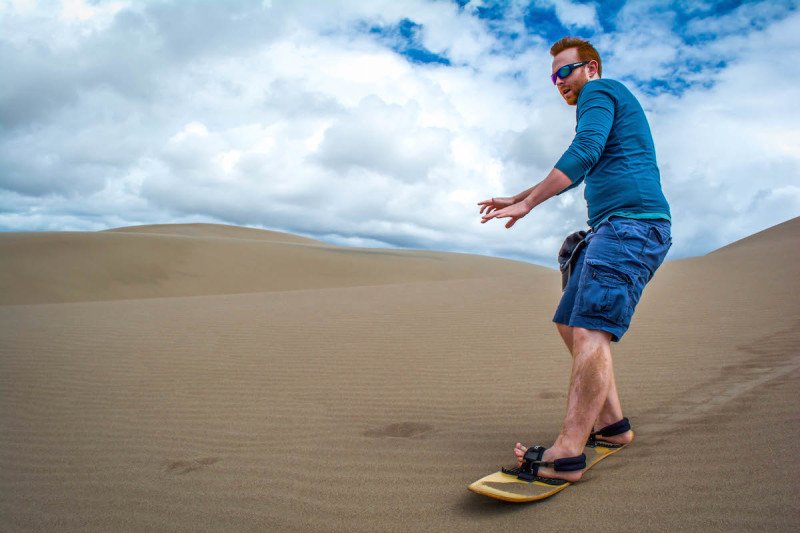 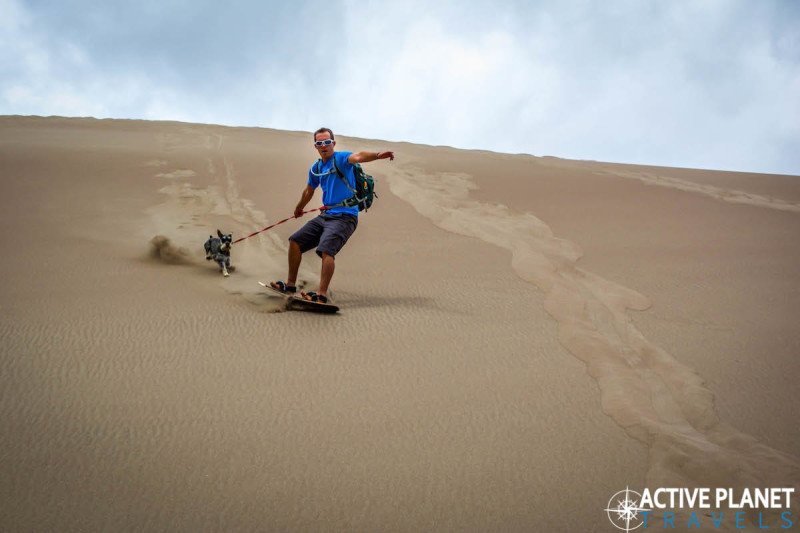 After a few hours of hiking and getting a fair bit blasted by the sands that were carried by the storm winds, we began to strap on our sandboards for the descent down.  On the steeper runs, I de-attached Kai from his leash where he could run behind me as I shredded down the slopes but there were a few runs where I could actually keep him attached next to me as he was able to keep up very easily.

It was very obvious that he was enjoying his time roaming around as he could easily hike to the peak of the slope and sprint down to the bottom where I awaited to hold him! 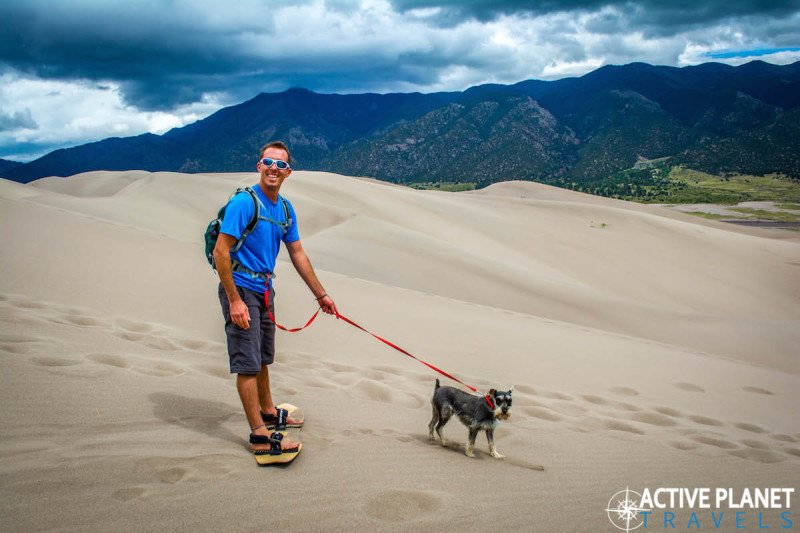 At the very end of the day, after climbing and shredding about 10 Denver sand dunes, we made our way back to camp and decided to relax a little as the rain started to come in.  Throwing some hamburger meat on the grill, jamming out to some music, and filling our bellies, we called it a night in preparation for the final day of our expedition.

Who ever thought – sandboarding in Colorado?

As we packed up our gear the following morning and threw everything into the car, we decided to check out some of the local hiking trails located in the outskirts of Great Sand Dunes National Park before heading back to Denver.  Here Kai seemed overwhelmed with the variety of smells and wildlife roaming freely around the park. 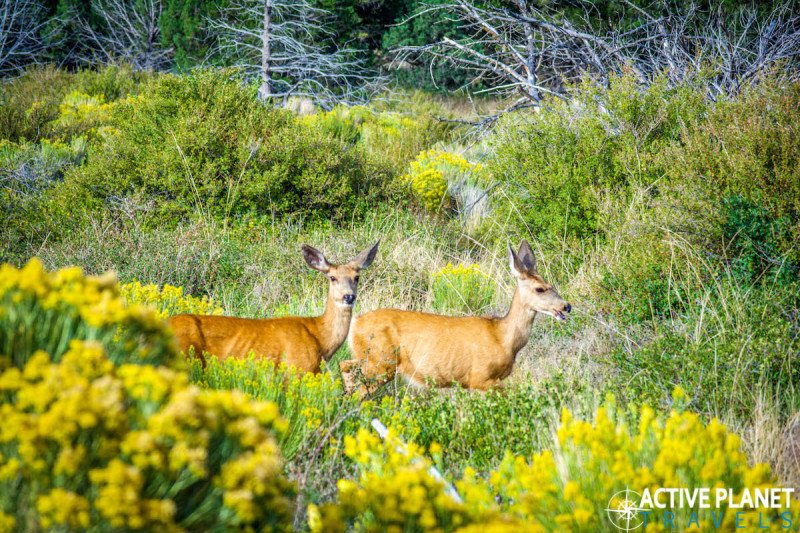 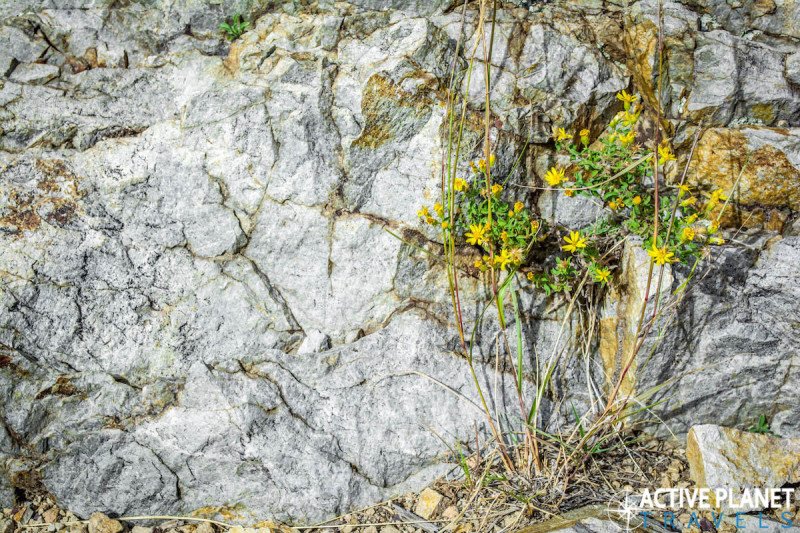 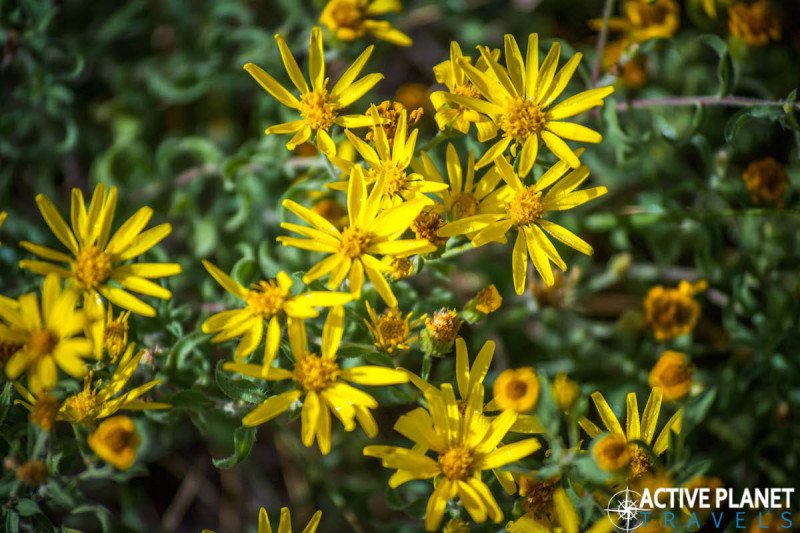 Just like they were in Black Hills National Forest of South Dakota, the deer were virtually desensitized to human activity and just watched us precariously as we made our way down the trail.  This seemed to be a little too much for Kai as he tugged at the end of the leash for the opportunity to chase them…darn that Schnauzer heritage always wanting to chase things!

When all was said and done, we popped back into the car and began the drive back to the city.  All in all, we highly enjoyed our time exploring Great Sand Dunes National Park and enjoyed, even more, the experience of shredding down a sand dune.

If you ever decide to make a trip out, be sure to try to do so while the weather is shady with scattered showers…this provides the best experience especially if you feel the need for speed!

Would you try a new adventure like sandboarding in Colorado?