CouchSurfing in St. Augustine, Florida with the Honey Bees

The 150-year-old Spanish-Victorian house stood out elegantly with its bright yellow wooden panels running horizontally to the ground.  The white borders surrounding the perimeter of the windows accompanied by the bright pink and white shutters atop the roof really gave you a sense of joy like you were walking up to a giant ice cream sundae.

As Jonathan & I walked through the white picket fence, we were closely followed by Dillon (the cinematographer who joined us for the journey) along with a few children who legitimately came out of nowhere.  Hearing the laughter and running footsteps of the kids, our Couchsurfing host Allana greeted us where we then step foot inside this ancient home for the beginning of an unforgettable experience. 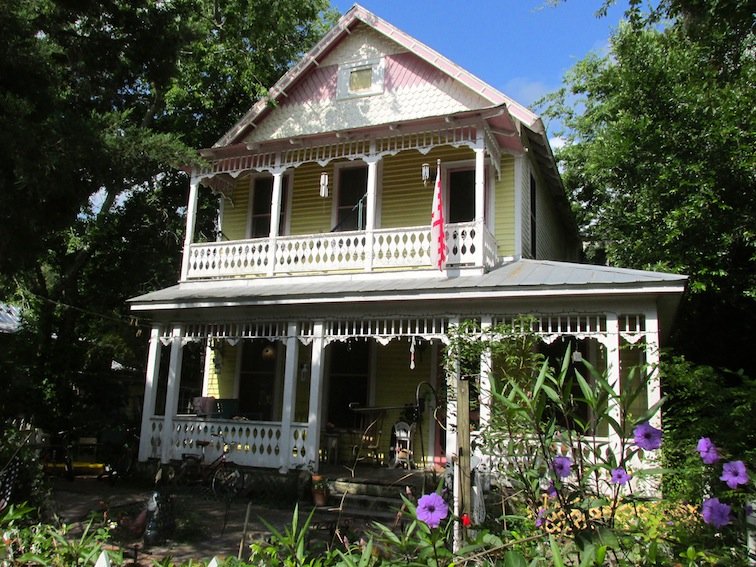 The decor inside the older 18th century house was interesting enough at first glance and held much of what would be expected.  In the hallway going into the kitchen mason jars stood proudly filled with herbs, sugar and other cooking ingredients.  The shelves in the living room homed a variety of different antique artifacts of which caught my interest the most being the preserved skeleton of a sea horse.

As we made our way upstairs, Allana introduced us to the room we would be surfing in for the night.  The soft, pink carpet against the banana yellow walls was bright enough to lighten anyones day.  The bed was surprisingly comfortable once you laid down on it.  The sheets seemed to wrap themselves around you and, although it was an open air house, the ceiling fan kept the temperature at a cool 75-80 degrees compared to that of the 90’s outside. 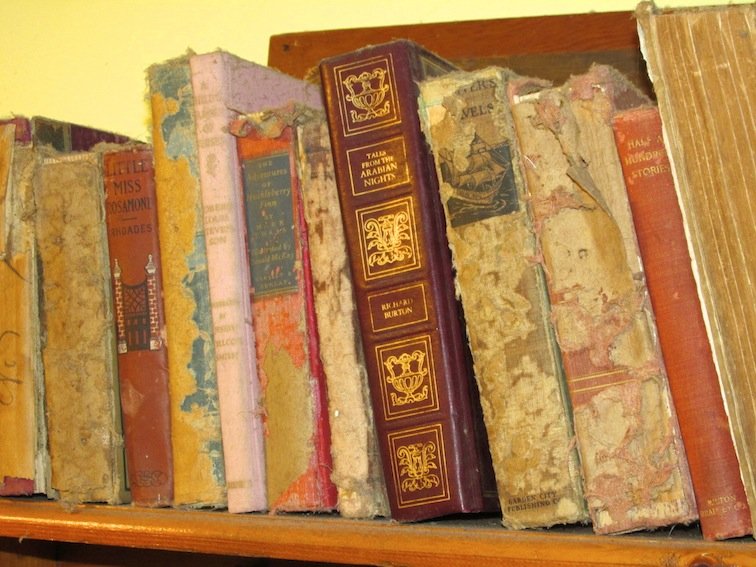 Antique Books that were Decades Old.

Once we got settled in, we talked to Alanna for a little bit while getting the true local perspective of where to go, what to see and what to do.  We ended up taking her advice and going on a ghost tour with Ancient City Tours.  Following the tour, we then got a bite to eat and made our way back to the house where Dillon passed out on the bed and Jonathan and I took hold of a set of hammocks on the balcony. 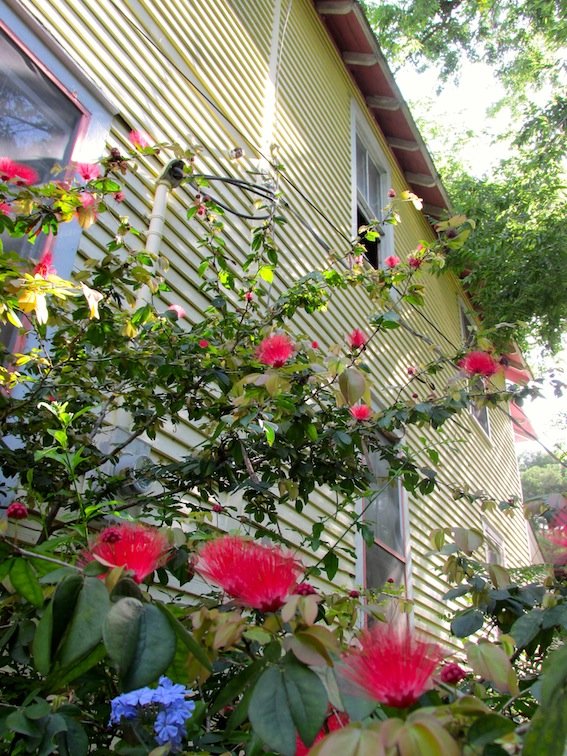 I’ve always had great experiences sleeping outdoors in a hammock.  The full moon and light croaking of the nocturnal tree frogs was a great lullaby to sleep to.

The following morning we were greeted with the bright sun shimmering down on our skins.  Hearing the kids playing downstairs, I got up and said good morning to Allana and the rest of the crew.  They seemed as cheerful as they were before and after chatting for a little while I gathered some clean clothes and went to inspect the outdoor shower.

Going out the back door and watching a few of the chicken scratching the earth for feed, I walked to the corner of the house and through the side gate to the outdoor shower.  It was a simple, yet effective construction:  the base consisted of 5 foot by 5-foot wooden platform.  There were 3 walls and hanging as an entrance was a white shower curtain holstered to the edge.

I’ve always been a big fan of outdoor showers.  The last time I had taken one was actually out in California when I attended the Lightning in a Bottle Festival which spanned for about 4-5 days.

After taking a nice, cool shower to the sound of the wind passing through the trees and the smell of sweet flowers, I went inside to talk with the family for a little while longer and began to pack my backpack.  Shortly thereafter, the boys and I left the homestead to make our way North for the next stop on our road trip through the South: Savannah, Georgia!

I must say for being the first of many CouchSurfing hosts we stopped at along our trip, Allana and her family were extremely considerate and lovely people.  We couldn’t have asked for a better experience and truly can’t wait to see her and the kids again!

Have you ever considered CouchSurfing in St. Augustine, Florida as a budget-friendly form of accommodation?