Discovering England: From Lancaster to Liverpool 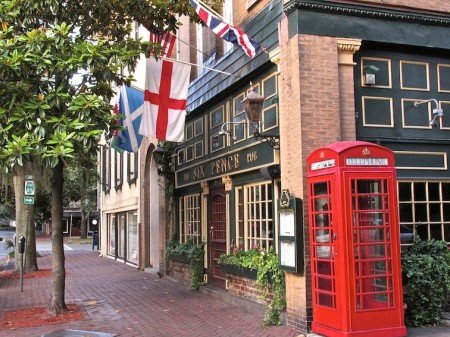 Liverpool provides the perfect base for your stay in the northwest of England. It’s considered one of the most cultural places in Europe, earning itself a title of the European Capital of Culture and, just like the Potala Palace in Tibet, is also home of a UNESCO World heritage; this one being the famous Pier Head Waterfront.

Liverpool has become one of the world’s leading pop cultures gaining itself the title of the Guinness Book of World Records at the Pop Culture of the World.

And it’s no wonder why.  Being home of the infamous Beatles band, there is much history here if you’re looking to emerge yourself in the Pop/Rock world.

Quickly climbing in popular to its nearby city of Manchester, there is no doubt that Liverpool is on an upward curve. The majority of visitors to the area ensure Liverpool is on their travel itinerary, enabling them to take in the city’s theatres, museums and art galleries.  As might be expected, there are also numerous quality hotels and a selection of excellent restaurants.  The River Mersey remains at the heart of the city, although it’s now increasingly used for pleasure cruises, rather than trade purposes.

One of the real delights of staying in Liverpool is the ease with which you can reach a range of other enticing destinations.  Heading north, for instance, you can reach the Lake District, which is arguably England’s most dramatic National Park.  The city of Lancaster is smaller in scale than Liverpool, but has an enormous amount of activities for the active traveler.

Visiting the old Lancaster Castle, which towers over the city is a cool short drive away and you’ll be able to see some beautiful backcountry along the way.  The castle is actually owned by the Queen and was operated, until recently, as a prison.  In years gone by, however, it was also the scene of a number of trials relating to alleged witchcraft which could peak some interest to travelers…if you’re into that sort of thing of course. 😉

But today, it provides a rather more pleasant experience for visitors.  Guided tours enable you to get a glimpse of what it must have been like to spend time here in days gone by and there’s even an opportunity to get locked in the dungeons.  Fortunately, your guide will be on hand to release you, ensuring that you can continue to enjoy your visit.  During the course of the year, a number of special events are also hosted within the castle grounds.  These include real life production remakes of Shakespeare plays as well as tours that are specifically aimed at children.  Either way, Lancaster Castle provides a visitor attraction that is suitable for every member of the family.

If you’re lucky enough as you make your way from the castle grounds and back into the city center, you may stumble upon a traditional street market.  The Lancaster Charter Market is held on Wednesdays and Saturdays throughout the year.  It also benefits from taking place in impressive surroundings, with historic buildings on all sides.  For those seeking the latest designer fashions, the various shopping stores will be the best place to go.  You’ll find a range of designer outlets, high street stores, and restaurants, ensuring that you are guaranteed to have an exceptional shopping experience.

If you’re looking for a bit of a laid back travel approach say, perhaps, on a rainy day, you may want to check out the Lancaster Maritime Museum.  Offering a reminder of the importance of the port to the city, it’s located on a river bank, providing an insight into the fishing industry, with exhibits including tools and machinery used in the nearby Morecambe Bay.

I’d even recommend traveling to this part of England during the summer months as you’ll be able to take a cruise on the scenic Lancaster Canal.  You’ll find regular excursions being offered during the day and would offer the perfect escape for an afternoon of relaxation.

To enjoy all that Lancaster has to offer, I’d recommend visiting by way of a car hire or even a scooter.  Just like traveling in Asia, touring the surrounding towns and countryside at your own pleasure only adds to the experience of spending time in England!

Have you ever been to England and taken the road trip between Liverpool and Lancaster?