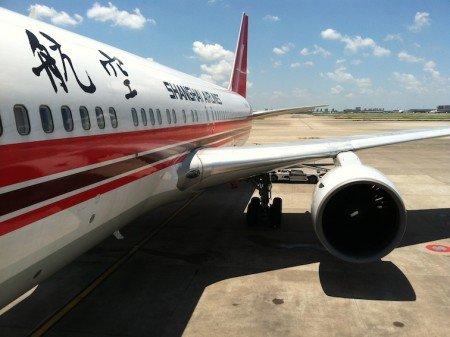 Traveling has always had that far-flung reputation of being expensive but this doesn’t have to be the case.  Thousands of people book cheap flights and fly every year to remote regions of the world and it’s not just because they have lots of money.

It’s because they’re uber good at finding super cheap flights.  But the question stands; how do you become good at finding those deals of a lifetime?  What can you do and where do you go to find killer rates that airlines seem to hand out to everyone else but yourself?

Deals may not be as cheap as they had been in the past but there are still ways to find the cheapest flight in the sky.  Here are 8 tips that can help you plan an affordable trip to just about any destination in the world.

How to book cheap flights anywhere

Being flexible is probably the most important tip I can give you.  Allow yourself 2-3 days to move around.  It’s well known in the travel blogging industry that most of the cheaper flights are going to be on Tuesday, Wednesdays & Thursdays.

Why’s this?  Because no one wants to fly on those days.  The airline agents will do whatever they can to fill those seats up, including cutting your airfare down to half the price of what others on the same flight have paid.  Another thing about flexibility, look at the price of a flight on a holiday compared to those the day before and the day after.  Flying on the day of Christmas or Thanksgiving sucks but, being no one wants to fly on those days, I’m willing to sacrifice that time if it saves me $200 or $300.

Airlines will never post their best deals all over the web because, to make money, they obviously want you to pay as much as possible.  By signing up for mailing lists from travel sites (just like my free travel newsletter), airlines, and hotels you’ll be the first to know about all-inclusive flights, hotels, resorts & cruises.  I’ve been on many trips via these mailing lists because, for the most part, they save you the hassle of doing any research all the while saving you loads more dough than a travel agent ever could.

One way flights tend to be expensive.  Airlines know that people are willing to pay that extra dollar if it means saving the hassle of an extra layover or two.  But have you ever considered flying on an alternative route than what the airline has offered you?

This method of saving money requires a little more research than the others but, if you’re willing to sacrifice the time, it could save you some serious cash.  Take, for example, that you want to fly to Atlanta, Georgia from Orlando, Florida.  The flight you’re looking at has a direct flight there for $300 dollars.  However, you find a flight to New York City for only $180 dollars with a layover in Atlanta.

Simply book that flight to New York City but never board it and just leave the airport in Atlanta.  There are no guidelines with any airline saying that you have to stay on the planned route for the entire length of time and it’s perfectly legal to do so.

There are just a few things you have to be careful with here:

Going hand in hand with being flexible, try to fly during off-peak hours.  Sure, it kind of sucks flying out of the airport late at night and arriving at your destination at odd hours but if it means it’ll save me and extra hundred bucks or two, I’m more than willing to deal with that small inconvenience!

It doesn’t happen too often, but every once in a while I’ll come across two one-way tickets that are cheaper than a roundtrip flight to the same destinations during the same time.  Make sure you check how much your flight will be, with the same dates & times, but swap up whether it’s going to be a single roundtrip ticket or two one-way tickets.

This is the same for multi-stop flights.  No one wants to deal with all these extra stops so the prices will be lower than you expected because the airline wants to fill up those seats!

I cannot stress enough how important it is to check multiple booking flights!  When searching, try to look for ones that don’t charge a fee for finding your flight.  My top favorites being:

Also, when you’re looking at booking sites, compare the prices of your chosen flight on the booking site to that of the actual airline carrier.  Sometimes your flight will be more affordable directly through the carries than any booking agent, eliminating the need for a middle-man.

Need soom cool travel gear for your next adventure? Check out what we have in my outdoor adventure travel shop!

Are you a part in some sort of frequent flyer program?  Well you ought to be.  Thousands of people every year take advantage of racking up sky miles by using their credit cards allowing them to take 1-2 free trips every year!

This doesn’t mean to start practicing bad habits like getting loads over your head in debt.  Simply find a credit card company that allows you to pay your everyday bills with your credit card.  It doesn’t cost you anything extra to pay for groceries, gas and other goodies with a credit card instead of cash.  Simply discipline yourself enough to put the money aside and pay the card off at the end of EVERY month.

Many people take this piece of advice way out of context; I’m telling you DON’T be one of those people yelling and screaming at your flight attendant as this won’t get you anywhere but kicked off the plane.  However, if you happen to jump on a plane and find something happened that you don’t like, take note and/or a picture of what happened, call up the airline company and politely tell them your thoughts.

In doing this, you’re giving the airline company some useful information to improve their services and, usually, they’ll try to accommodate you by giving you a free upgrade, better seats, cheaper flights or (in rare cases) vouchers worth a couple of hundred dollars that you can put towards your next vacation.

Although transportation is one of the costliest things about traveling, you certainly don’t have to spend an arm and a leg to get from point a to point b.  If you found this post interesting, you may also like my post on the Top 10 Ways to Cut Expenses and Gain Money to Travel on a budget.

What do you do to cut down prices of flights and begin booking cheap flights anywhere around the world?