Hawaii: The Spirit of Aloha is at Kauai’s Luau 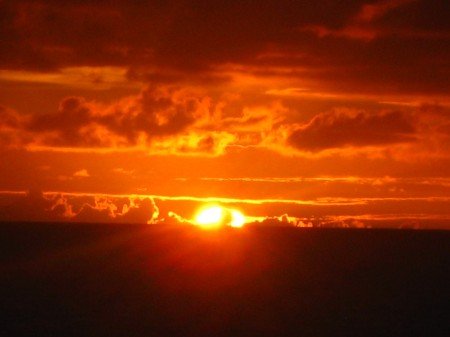 The spirit of Aloha is alive, and completely riveting, when attending a luau in the Hawaiian Islands.

You tend to notice the ancient rituals and they’re a bit unnerving.

The faces reminded me of those villagers I had spent time with in the Northern regions of the Republic of Laos; except these  men were covered in tattoos that had you trembling in your sandals.  However, their eyes told another story.

I was taken aback when I first spotted a real Hawaiian during my visit to Kauai.

When I saw them in their purest form, working together like one very well oiled machine, grinning from ear to ear like that of a child who got away with that one cookie from the cookie jar, I realized that a form of art was being displayed right in front of me as they navigated the 23 foot long Proa (a Pacific outrigger sailing canoe that was originated by the islands people of the North Pacific) across Nawiliwili Bay.  I could only imagine them taking this vessel along the Na Pali Coastline…what an adventure that would be!

I could view it’s magnificence from my multi-colored hammock under the bungalows.  The cool ocean breeze whipping across my sand covered toes and into the tropical paradise of what they called the Garden Island of Paradise.

After taking a refreshing dip into the reef covered Pacific Ocean and napping my worries away, I packed my backpack and prepared for the night that was ahead of me…and boy was it a night to remember.

Attend a Luau (aka Hawaiian Party) in Kauai…

I hopped on the smoky and overcrowded 15 foot long bus and made my way in search of a handhold, lap, or anything I could hold onto.  Luckily, towards the back of the bus a seat was available next to a bunch of rowdy individuals who seemed like they were having the time of their lives.  Waving for me to come over and sit down, I introduced myself to those I didn’t know and prepared for the main event. 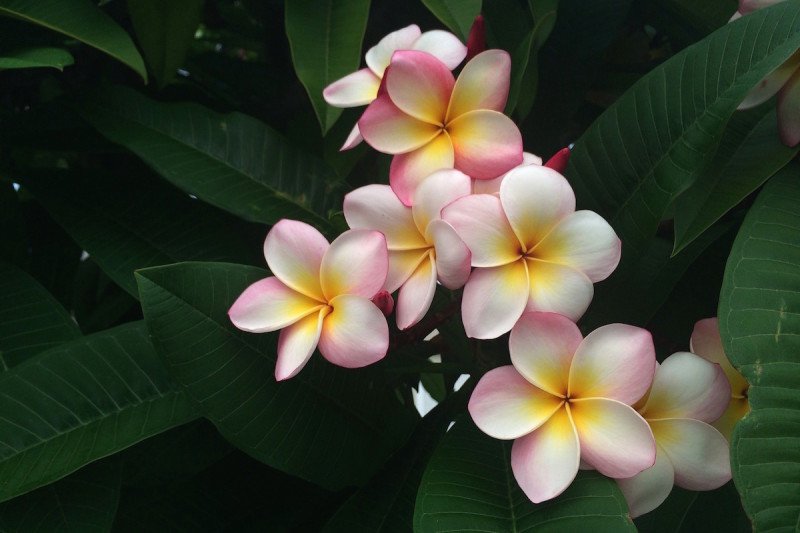 Mesmerized at the beauty of Kauai, I was almost lost in thought thinking of all the tropical marine life that surrounded me down by the reef until I was suddenly distracted by what seemed like a soft melody.  You could only imagine what was going through my mind.  Even the soothing sounds of Jack Johnson to which I was listening to on my ipod couldn’t have distracted me away from this mesmerizing tune.

Taking my earbuds out, I sat up and glanced around to see what was going on and to my surprise everyone around me was singing, in harmony to ‘Somewhere Over the Rainbow’ by Bruddah Israel which was being broadcasted over the radio.

Now keep in mind the bus is full of people from as young as 18 to going over 65, yet everyone was singing and laughing together and in harmony!  I know back in my home town of Florida nobody in their right mind would be singing a random song, let alone together.

But here, on this small backroad in Kauai on an overcrowded and cheerful bus, total strangers were getting along. It must have been the Hawaiian atmosphere and the spirit of Aloha that brought out the inner child of everyone.  Man I love Hawaii!

After a 40 minute or so bus ride, we arrived at Luau Kalamaku.  Walking off
the bus, I was quickly greeted by a flattering young lady who directed me to the main stage where I could find my seat.  To my senses delight, the smell of a feast was in the air.  I strolled over to the buffet and was immediately overwhelmed by the amount of food that was prepared for us.

In front of me was a display of the many different variations of local and traditional dishes made throughout the Hawaiian islands.  I started off with a terrific tomato-tofu salad and quickly made my way to the main course.

The main course being the Kalua Pork, which was prepared and wrapped in whole banana and green ti leaves then roasted underground in a Hawaiian earth oven that was cooked to perfection.

With the pork and sides of fluffy Jasmine rice, Hanalima Taro rolls, and a bit of crisp Hawaiian pineapple and papaya on my plate, I sat down, ordered a Mai Tai and was ready for the main event! 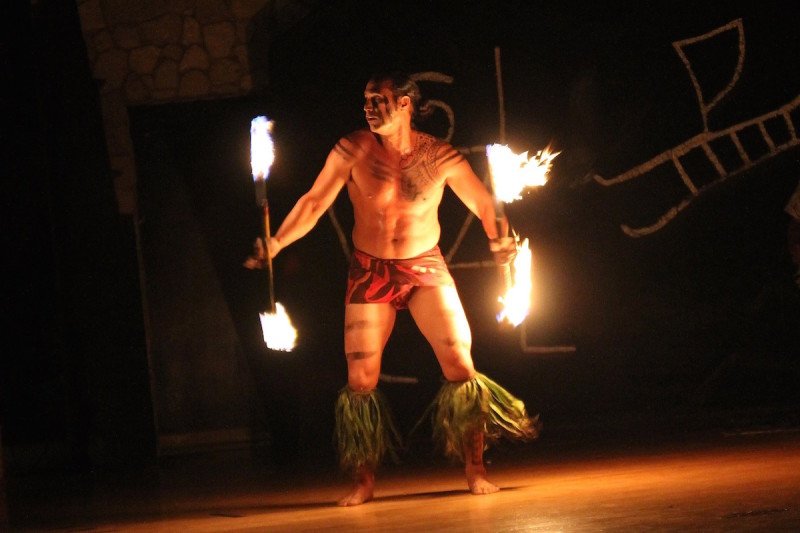 Suddenly, the lights cued in on the center stage and the sound of a conch horn filled the air.  Following the sound of the conch was a series of well rehearsed dances that symbolized the story of how the polynesian people made their way to the Hawaiian islands and of a young man who fell in love with the tribal princess.

The show was quite impressive and held all the parts of a great story including romance, danger, and a quest but the part that stood out to me the most was the fire show!  The actors knew exactly what they were doing and even went as far as eating the flames!  You could only imagine what kinds of tips they would receive had they been a street performer in New York.

Towards the end of the show everyone applauded and rushed to the front of the stage to gather pictures with those who took part in the luau.  I managed to capture a few but it was tough considering how many people had actually shown up for the show.  I would definitely rate this luau as the best in Hawaii; not just for the acting, but the story line in itself was excellent and executed flawlessly.

After taking in all that had occurred that night, I walked around to admire the beautiful landscaping and miniature waterfall with another Mai Tai.  The lighting was set up wonderfully and was quite appealing to the aimless wonderer.  Shortly afterwards, I hopped back on the bus for the long journey back to my room where I researched other destination to check out in Hawaii!

Is attending a luau in Hawaii on your bucket list?