How Millennial’s are Changing the Face of Travel 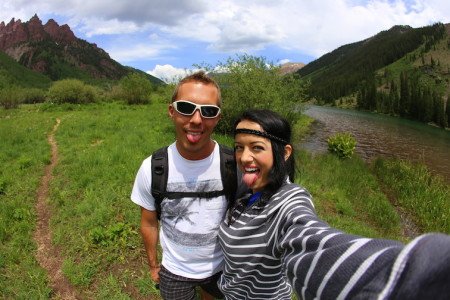 Did you know that millennial’s (those between the ages of 18 – 34) are 84% more likely to travel abroad to participate in volunteer activities?

It’s true and, quite frankly, I find this rather impressive!

As compared to their older counterparts, 32% of millennials are interested in taking a charitable trip.

This is more than when it comes to the Generation X travelers (those between 35-49 years of age) who sit at 18% and those of the Baby Boomer generation (those between 50-67 years of age) who currently stand at a measly 17%.  But why is that?  From my personal experience, while traveling to such places as Southeast Asia and various portions of the Caribbean Islands, I’ve found most travelers to be just that; millennials who are worldly and, quite frankly, very charitable.

We seem to be changing the gears; exchanging 2 weeks of vacation for an extended, more meaningful 6-month backpacking trip abroad.  As the way I see it, it only makes sense to travel now instead of saving for a future that is no way guaranteed like it once was to our older generations of travelers. 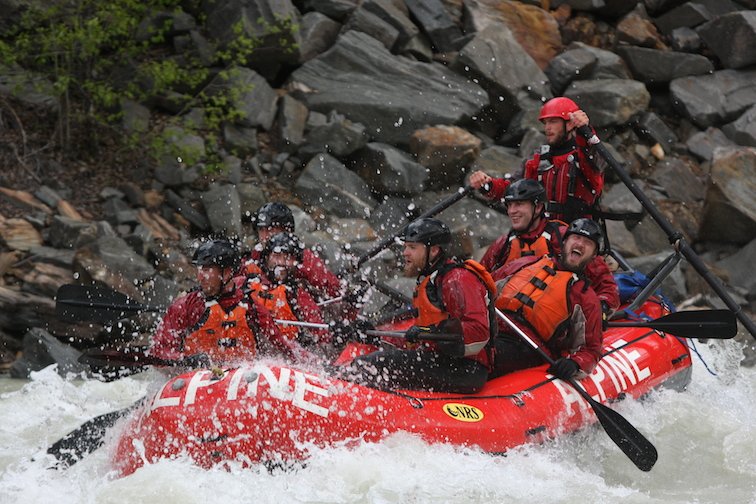 Can you guess where Generation Xer’s & Boomers lay?

Not too far under, actually, at 55% and 46%.  Another key point of interest that was discovered in this study was the fact that millennials had the interest to interact with wildlife while traveling (63%).  Via activities such as going on a safari in Africa or swimming with sharks.

I found this rather ironic especially given the fact that most of the activities I involve myself in are either adventurous or planned around wildlife sanctuaries, the jungle or the ocean.  Even with my upcoming trip sailing around the Caribbean islands, I’d consider this formed around wildlife as I want to go shark diving, while diving, explore the jungles and anything else you can think of outdoors.

Find yourself more of a visual person?  You may want to check out the results in infographic form (as well as loads of other information they found during this survey): 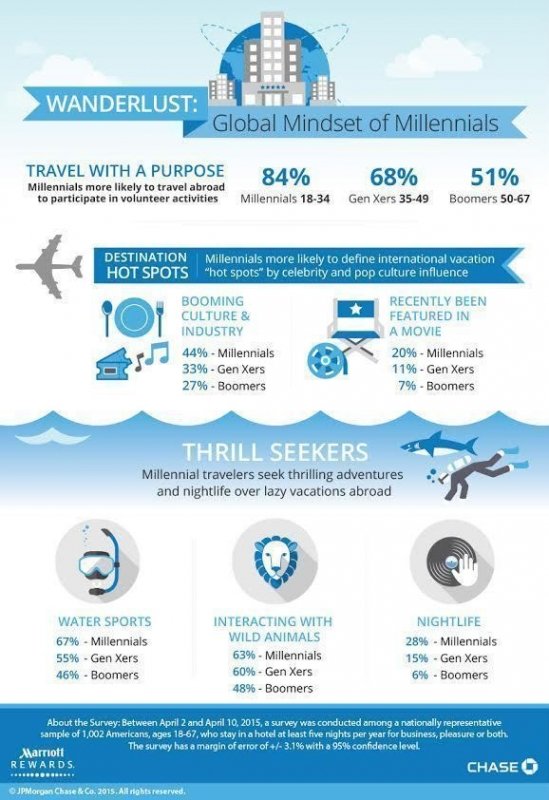 Do you think you travel differently than those of other generations?