My Jet Skiing Adventure through Mangrove Trees in Florida 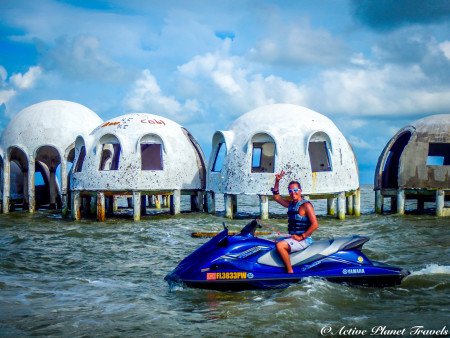 When I pictured jet skiing, I’ve always envisioned exploring the wide open ocean, maybe jumping a few waves, and spraying a friend a time or two.

But as I took my tour with Captain Ron’s Awesome Everglades Adventures, all arranged thankfully to the Visit Florida Tourism Board, I realized they put a nice spin to the predicament.

Instead of exploring the vast openness of the ocean, we decided to go intercostal.

Zipping in-and-out of the vast ecosystem of intertwined mangrove trees on a single person jet ski offered a unique experience unlike any other I had witnessed while visiting the paradise coast of Florida.  After all, it’s not every day you get to cruise alongside dolphins, manatees, and flying pelicans while getting your fill of adventure in on a jet ski.

The day started out quite nicely – it had turned out to be partly cloudy; something I was extremely thankful for given how sun burnt I had gotten the day before while exploring Tigertail Beach.

The only other time I had played around on a jet ski, up to this moment, was when I was just North of Naples at Clearwater Beach.  But that experience was slightly different given I was primarily hopping waves in the Gulf of Mexico.

This time around I was given the opportunity to weave in-and-out of a large mangrove forest that inhabited the paradise coast.  Channels in some areas went as wide as a couple of football fields while, in other areas, were just tight enough to squeeze a jet ski through.

Mix these points with a scattered rain storm and we certainly had a great time.  In fact, everyone seemed to have enjoyed the quick rain as it washed off the saltiness the breeze had caked on our skin.

It amazed me at how much our guide Ron, who happened to be the owner of the tour company, knew about the area.  He had been jet skiing in-and-out of these channels since the early 70’s and ensured that we received our daily dose of knowledge about the local environment.

At one point he even stopped to pick up the shell of a horseshoe crab – a marine anthropoid that has an exoskeleton that seemed to have crawled out of the Paleozoic Period some 500 million years ago. 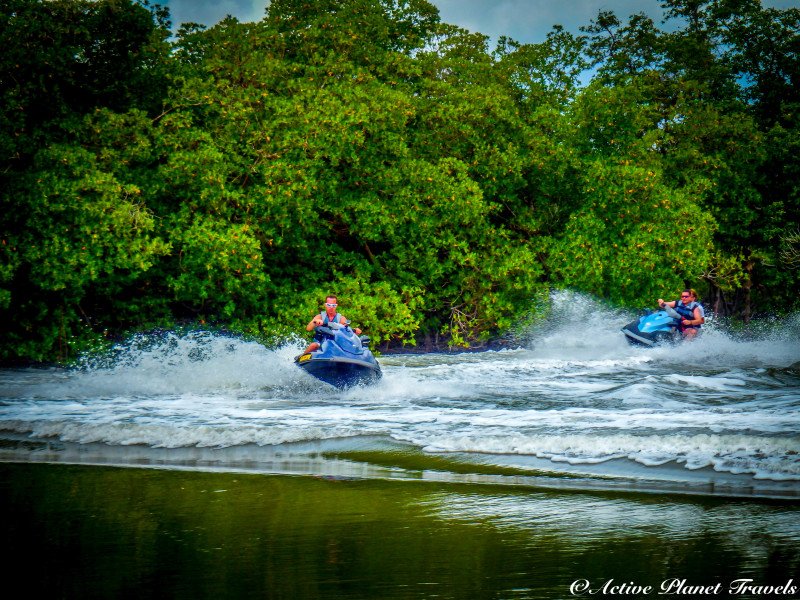 As we were getting towards the end of our tour, Ron’s keen eyesight spotted not only the trail of a family of manatees but a pair of two playful young dolphins as well.  As instructed, we slowed our speed to that of about 12 to 13 mph and cruised just in front of the dolphins.

Before I knew it, they were playfully leaping through the wake our jet ski’s created as if to say “hi, whatcha doing here?“.  I’ve only encountered a dolphin within such close proximity of myself a handful of times and that was usually during a surf session.

All in all, jet skiing along the paradise coast is something I would highly recommend doing.  If you’re down for a few hours of whipping in-and-out of mangrove trees while viewing some extraordinary wildlife that is!

Have you ever been jet skiing before?