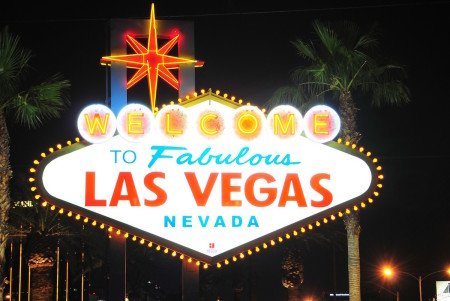 It was quite late when I finally arrived at the Las Vegas airport.  All of my previous flights throughout the day had been delayed.

I started off leaving Orlando, Florida, flew to Chicago, and then down to Las Vegas.

Arriving around 6 o’clock or so, the wind was blowing immensely as a storm was brewing up.  I had never experienced notions of wanting to get off a plane but during that fish-tale landing…they certainly arose!  Upon arrival everyone anxiously got off the plane to get their feet onto solid ground and made their way to baggage claims.

Overnight at the Las Vegas Airport

Getting my luggage surprisingly fast I started walking towards the check in counter to re-check in my luggage.  I had arranged for my luggage to be delivered in Vegas because of such a long layover and that way I could get some more clothing out in case it was cold. 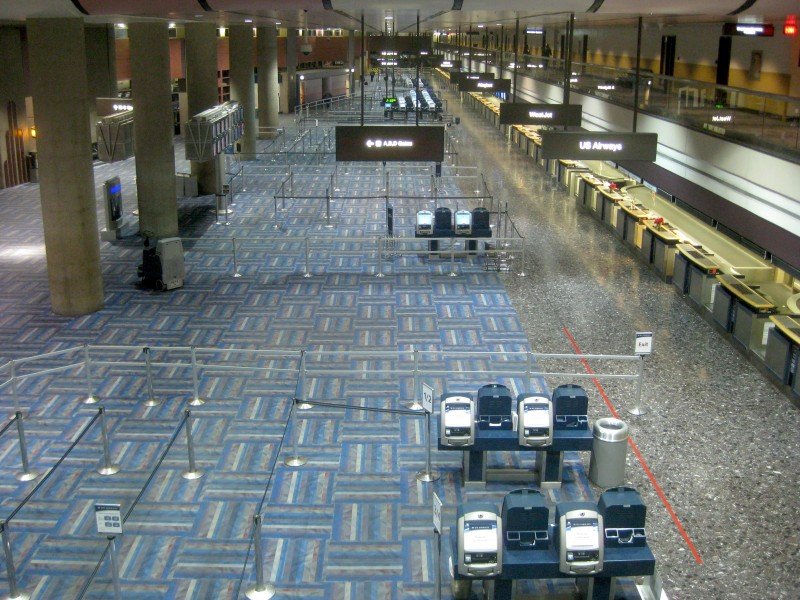 Arriving at the counter to check in my luggage, the tenant informed me that they could only check in luggage the day of a flight, not the day before.  Putting a HUGE dent in my plans to stay up all night and hit some casinos around Vegas, I was able to get my boarding pass and made my way to the information desk to see if they had any lockers that I could stow my things in while I went galavanting around the town.  Although very helpful, the tenant at the desk informed me that there were no lockers at this airport and there hadn’t been any here since the 80’s!

“Well that figures”, I muttered to myself.  You think they would have somewhere to stow luggage for cases like this just so I could spend all my money here!  Oh well.  Utterly defeated, I began to scope out what was there at the airport. 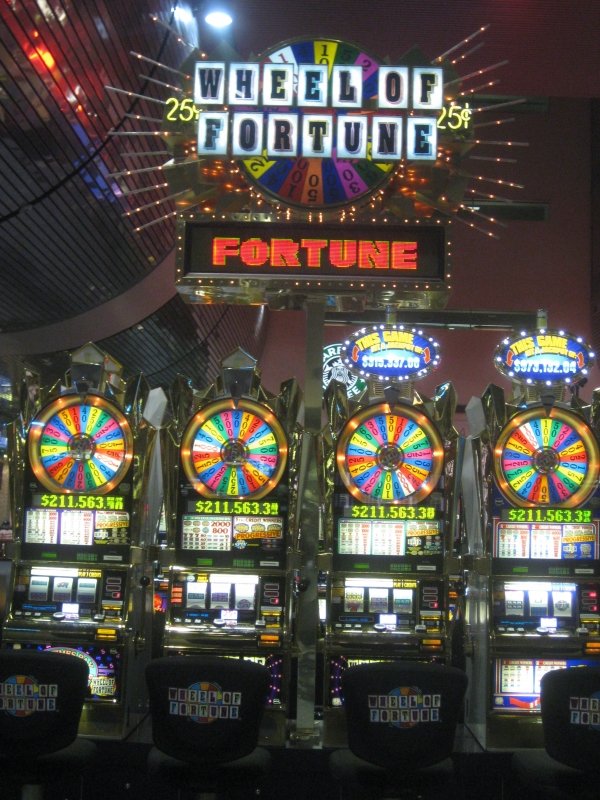 Coming onto my first set of slot machines, I walked around and examined the cost factor for all of them.  The most expensive was at $1 and the cheapest was the penny slots.  Taking a one dollar bill out of my pocket, I walked around until I found the slot machine the “felt right” and inserted my dollar.

For the first couple of spins I hadn’t won anything but a few cents .  However, right when I decided to change my tactic I pressed for 9 lines at 2¢ each (a total of 18¢) and surprisingly won $25!  Hell yeah!  I didn’t think I was actually going to win anything!  Only in Vegas can you turn 18¢ into $25! 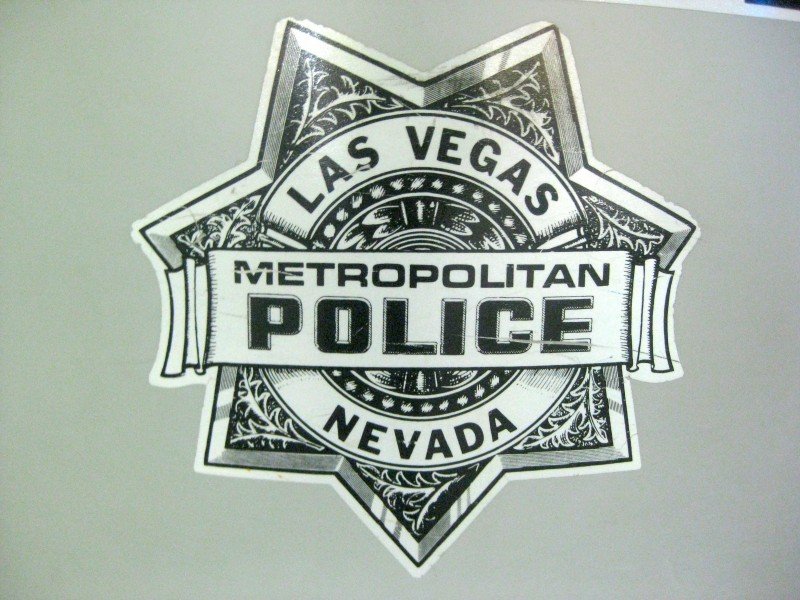 After I cashed in my winnings, I decided to put $20 dollars into the deepest part of my wallet so that it could not be reached by my willing gambling hands left the other $5 for gambling just so that I could not “get in over my head”.  If only I had known some quick tips on how to better my odds at gambling like I do now.

Having no luck, I took a break to get a bite to eat and examine the airport more closely and what it offered to its visitors.  After spending $10 for a pitiful sandwich at Starbucks (I could hardly even call it a sandwich, more like two loafs of bread with a thin slice of ham, some onions, and mustard suffocating in the middle) I walked around to see what caught my eye. 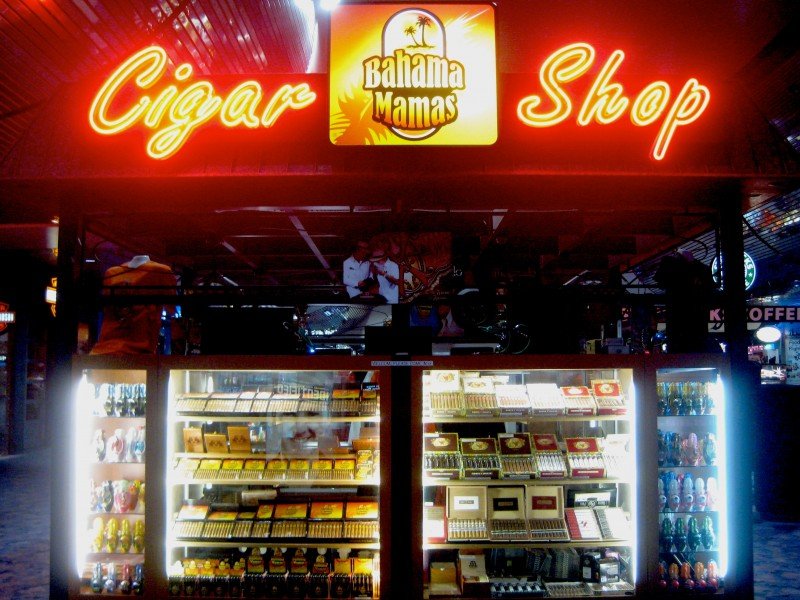 Although flashy, these slot machines only topped at $1,000 for their jackpot.  I was actually kind of unimpressed by the airport.  There wasn’t much to do and the majority of stores and restaurants were closed all night.  I found a few shops that were opened before I went back to gambling though. 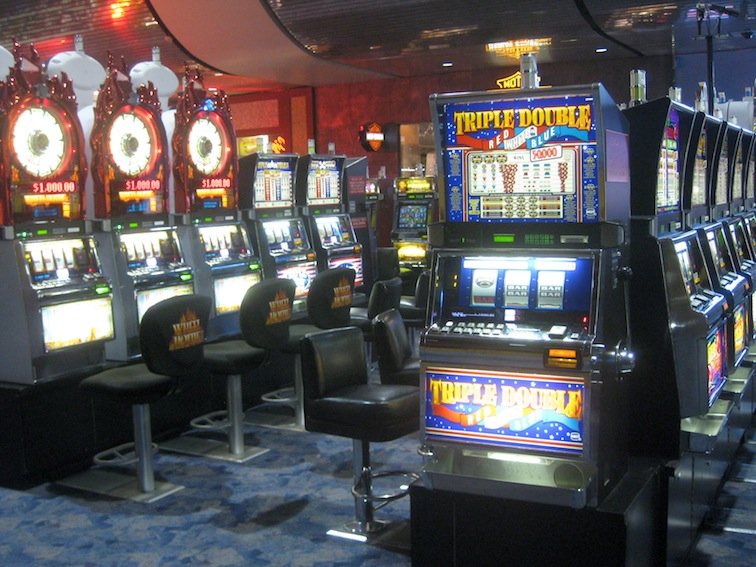 The Cigar Shop had a great deal of cigars, cigarettes and tobacco of all sizes and flavors.  However, what caught my attention was the variety of pipes.  I’ve never seen some of the ones they had on display.

My favorite was a dragon shape pipe that had its body shaped in an S like fashion.  Made out of blown glass, a red, yellow, clear “flame” went along the entirety of its body.  At the top of his head was a weaved basket (made out of glass) and you puffed on its tail.  This must have originated from that term “Puff the Magic Dragon”. 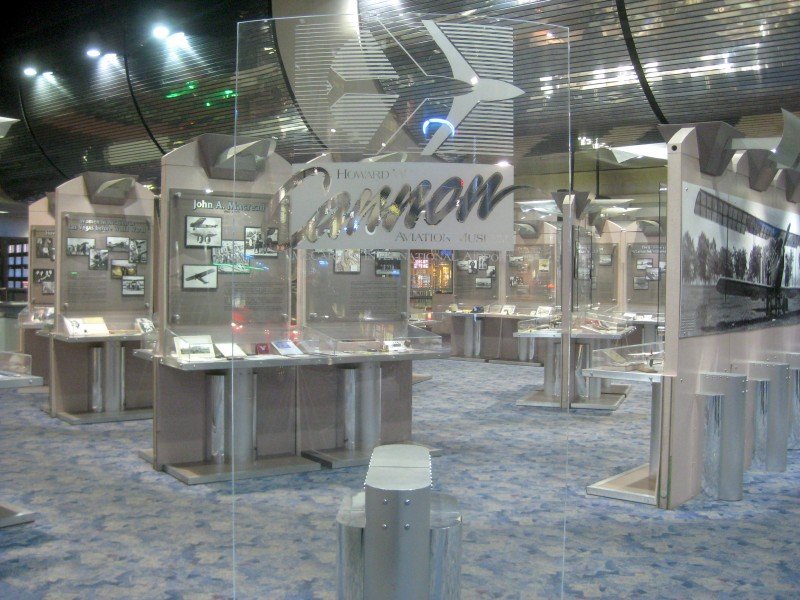 Not much of a smoker myself, I didn’t purchase anything and continued on.  What I though was quite interesting was the Museum they had built in the actual airport.  It was named the Howard W. Cannon Aviation Museum in honor of the history of aviation in souther Nevada. 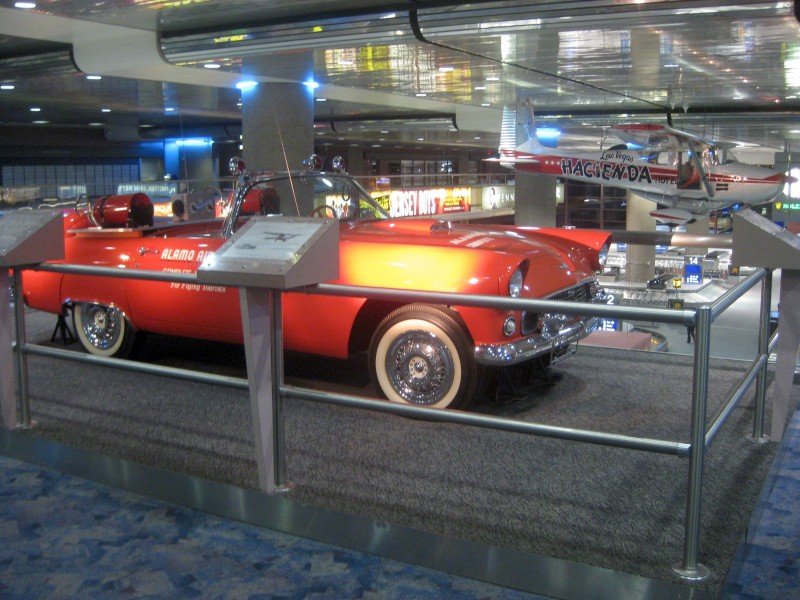 I was particularly fond of this antique 1956 Ford Thunderbird convertible.  If you haven’t realized, I’m a HUGE sucker for antique things, especially vehicles.  You should take a look at the Castro Antique Car Festival that I went to not too far back!  But the museum showcased many artifacts from the 1940’s and up.  If you have time, I highly recommend you check it out on your next flight through Vegas. 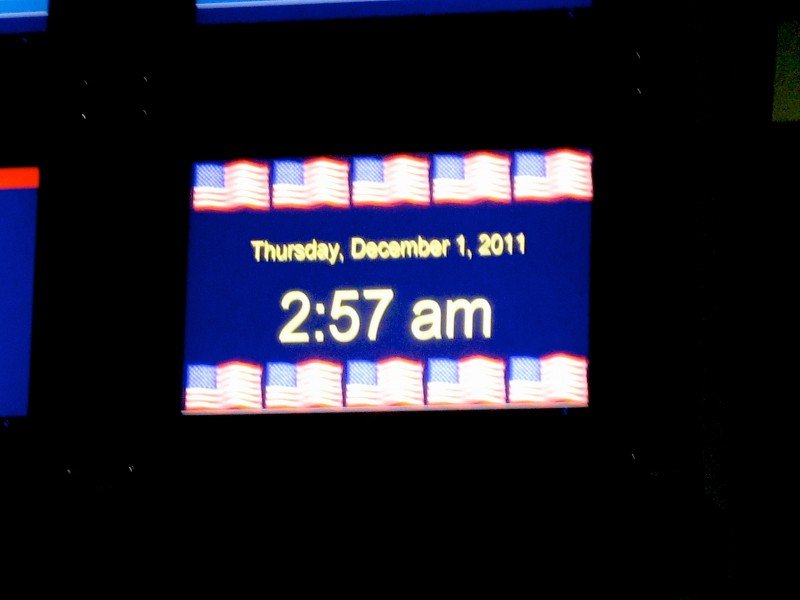 After checking out the rest of the airport, I eventually made my way back to the slot machines where I won an additional $40 or so.  Glancing at the time, I was shocked to see it just 3 minutes shy of 3am, so decided to take a nap in the VERY uncomfortable chairs.  I only slept for about 2 hours, waking every 30-45 minutes…then it was off to check my luggage in and make my way to Aspen, Colorado!

Have you ever traveled through and began gambling at the Las Vegas Airport?