The Nightmare of Traveling in Indonesia 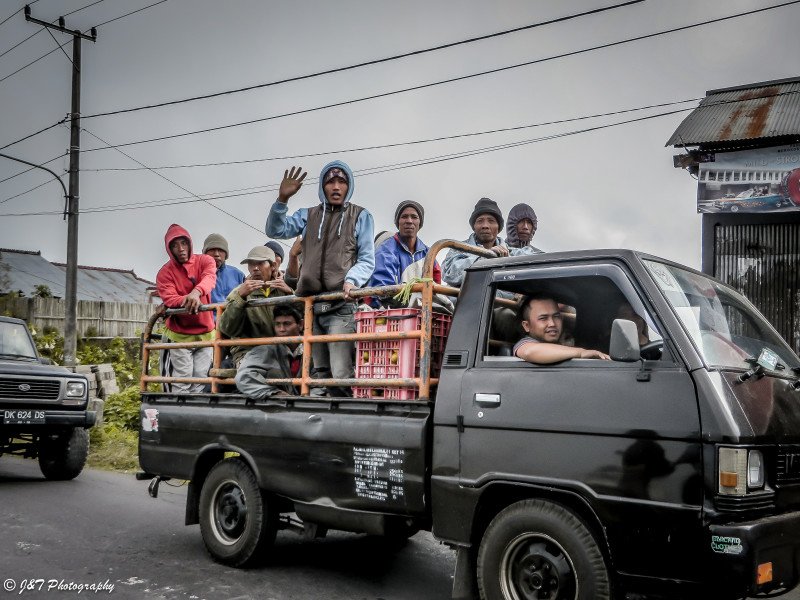 Any time I set out for a backpacking adventure in a third world country, I know things are bound to go wrong at one point or another. After all, these mishaps are part of what makes the adventure real-and noteworthy. They make for excellent travel stories and even better lessons to take home for my next trip. While traveling from Benjarmasin to Pankalan Bun on my way to Tanjung Putting National Park in Indonesian Borneo, I made a few crucial errors that ended up costing me the longest night of my life. I hope you enjoy the story….and learn from my mistakes.

The Nightmare of Traveling in Indonesia 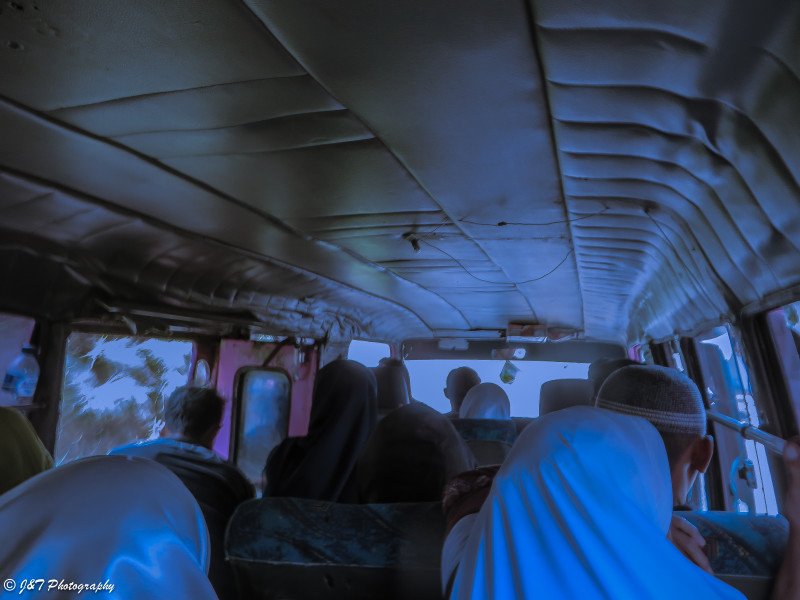 There are many routes that are well traveled and organized for tourists, even in developing countries like Indonesia.

“It is important to recognize when you are in one of these areas, and when you are at the mercy of the local transport.”

If you find yourself to be the only foreigner in a transport hub with no English signs, you are probably in one of these areas and need to be prepared for what might come.

When I first found myself in this situation, I was at the beginning of a four month travel saga through South East Asia with my girlfriend. We just had an amazingly smooth time traveling through Bali and Java, so we thought nothing could go wrong in Indonesian Borneo. We arrived at the dirt square in Benjarmasin, which was supposed to house the busses that would take us to Pangkalan Bun and ultimately to Tanjung Puting National Park. We had a pretty good idea of which bus to take, but we unfortunately missed the last one by 30 minutes.

“A seasoned traveler might have called it there and caught the earliest bus the following day, but we had made a booking and we needed to be in Pankalan Bun in the morning.”

So, instead of finding a hotel for the night, we looked for another form of transport in the locals square. This is where it gets interesting.

We started with a nice looking group of locals hanging out by a food stand. They quickly found the one guy in the plaza that could speak a little English, and the conversing/gesturing began. We were some of the first foreigners they had ever seen, so wasn’t hard to make friends. Unfortunately, since my girlfriend was wearing a tank top and shorts, her shoulders and legs were also a novelty to the group of young men.

When I was finished talking with a local city driver and gathering some food for our trip, I came back to a circle of hands rubbing and poking at the bare parts of my girlfriend, accompanied by a chorus of childish laughter. It was here that we learned our second valuable lesson of the trip.

“Adhere to cultural norms, especially when off the beaten path!”

Fortunately, instead of freaking out and starting a fight, I made my first and only smart move of the trip and recognized the situation for what it was.

“These guys weren’t trying to rape my girlfriend or make me angry for being on their turf.”

They simply had no idea what the boundaries of our culture where and could only guess based on the clues we gave them as they pertain to their own culture, which has 99% of women covered from head to toe. They were just being playful and innocent like a child who doesn’t know the rules, and as soon as I came over to my girlfriend they backed off completely. I wasn’t about to let it happen again though, and they immediately got the hint.

Now that we were best friends with the locals and our official driver, (it said so on the receipt he filled out for us) seemed nice enough, we felt like we had made the best of a potentially bad situation. We were very wrong.

It was here, right before the trip began that I made my biggest mistake of all.

“Do not eat raw local food before a long trip through the countryside.”

In my defense, I was very hungry, there were no western food options anywhere, and the sealed cup of ramen-type stuff looked safe enough. Perhaps it would have been, if it hadn’t been for the raw eggplant and peppers the cart lady added at the last minute. Instead of asking for another, I brought the cup on board the van and off we went, on our way to the land of orangutans and hibiscus monkeys.

“It wasn’t long before I knew something was not right.”

Still, the van was spacious, modern, and our driver was playing some pretty good music compared to the horrible Asian pop most overnight bus drivers blast to keep themselves awake. He also had 10-inch finger nails, but that was nothing to be alarmed about when traveling in South East Asia.

“In short, I was able to distract myself from my steadily rising temperature and the uneasiness in my lower bowls.”

At about 11 o’clock at night, we arrived at a small line of shops and houses along the highway. We assumed our driver was pulling over to get a snack or go to the bathroom, but when a woman and her kid ran out to meet him, we knew something might be up. We asked who these people were and it was soon understood that they were his family and that he had no intention of leaving them again for the night. After all, he had just made a bunch of money off the tourists who thought he was taking them all the way to Pangkalan Bun, and he wanted to celebrate.

“Our next lesson was that official does not mean trustworthy.”

Before we had time to throw a fit, he directed us to an old white van that had just pulled up.   We then understood that we were being transferred to another driver. This van was filled with locals who smelled of a hard days’ work and some were smoking cigarettes. We were less than pleased, but our old driver was not going to budge, so in we went. The comfort of our old van and the certainty that all was going well quickly left us, and so did my ability to ignore the rising pain in my gut.

“About an hour into the new ride, I developed sweats and a serious need to relieve myself.”

The next two hours were a living hell, as my rational thinking began to slip and I went in and out of being freezing cold and boiling hot, all while not trying to poop my pants. Luckily, by about two in the morning all the other passengers had been dropped off and we had the van to ourselves.

“Unluckily, our driver did not plan on dropping us off at our stop.”

Soon after the last local had departed, we arrived at a shady travel company for tourists in some unknown town between where we started and where we wanted to go. Somehow, the lights were still on and the people were expecting us. From this point on, my memory got a little foggy as my condition progressed, but I will retell the proceeding events as they popped in and out of my consciousness.

Aprox. 1:30 am: A young man who is too drunk to be alive, (maybe our intended driver?) comes stumbling into our car door and mumbles the English phrase, “Please…help me” over and over again. Terrified and confused, we slam the door shut and hide until he disappears.

Aprox. 1:40 am: I leave the van to search out a bathroom which I gratefully find in the back of the building. No Toilet paper though…

Aprox. 1:50 am: Still in the bathroom, might have left and come back. Drunk man is passed out on a bench.

Aprox. 2:00 am: My girlfriend is full on screaming at the owner of the company who speaks pretty good English. Apparently the first driver didn’t give our second driver enough of our original payment to drive us on through the night and the first driver knows nothing about it even though the two drivers were talking on the phone…

Aprox. 2:10 am: More screaming. I am slumped into a stool trying not to fall over. They want us to sleep on a dirty mat in the back of the building next to the bathroom for the night. I think then I went back to the bathroom.

Aprox. 2:20 am: Unless we pay almost double of what we paid before, they will not take us until the next morning, which is too late to make our booking.

Aprox. 2:30 am: My girlfriend can’t yell anymore while I am deliriously slumped over in a corner , so we decide to sleep in the van and try to contact our tour tomorrow and let them know we will be late.

Aprox 3:00: am: There is a knock on the van door and the owner of the company yells at us urgently to get out. The twenty minutes of sleep helped a lot, and my brain is working better.

Somehow the owner had convinced a local paper man on his route toward Pangkalan Bun to take us along with him.  We were so excited to be leaving the shady tourist company that we climbed in.

“Even though there was barely enough room for all the newspapers in there, we managed to squeeze in two more people.”

Still, it was an upgrade from our last van.   We continued along the dirt road until two trucks who were trying to cross a bridge stopped traffic for 45 minutes. It was here that I knew I still was not over my food poisoning. I jumped out and ran into the trees behind a mosque to do my business for the fifth or sixth time that night.

“It was definitely the scene for a back country Asian murder, and if the owner of the mosque caught me, it might have been.”

“With no more wet wipes and no large leaves in the vicinity, I had to give up my boxers for the glory of Allah.”

I hope he accepted my offering, and I don’t know what I would have done if it happened again.

As the night began to grow light, we knew we would make it and that I hopefully wasn’t going to die. Our paper man spoke no English, so when he dropped us off at a local taxi point, there was nothing we could say or do to stop him. By this time I had my wits back, so I decided we should go into the hotel across the street and call our tour company for a ride to the national park. Luckily, they were happy to oblige.

After a shower and a nap at their brand new hostel, we boarded our Klotak boat for what was to be one of the most relaxing, romantic, and wild jungle adventures of the whole trip. 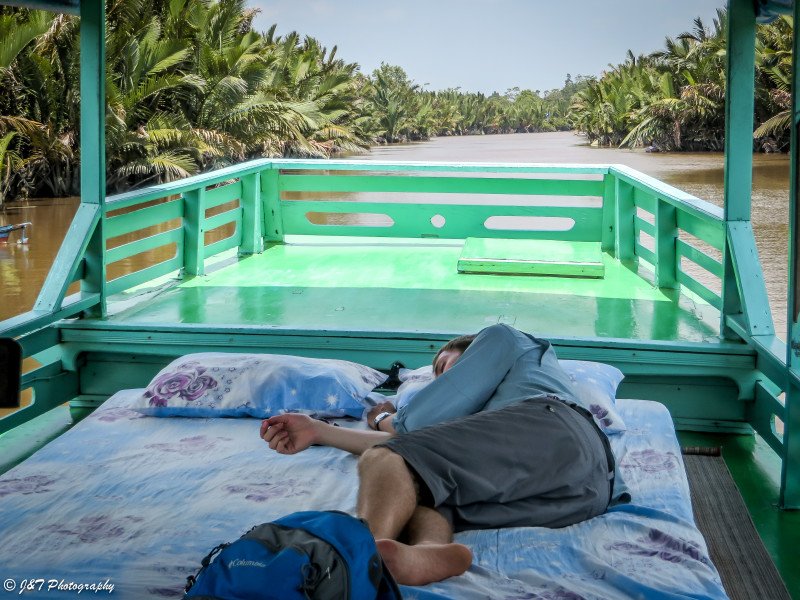 “It took only a few hours on the river-surrounded by the sway of the trees and the fresh blowing air to rid me of my illness.”

Just like that, the nightmare of traveling in Indonesia was over, and the epic journey through Borneo had begun.

Have you ever had a horrible travel experience?