I Pulled the Ultimate Heist at Denver’s PUZZAH!

We couldn’t see anything.  It was as if we had been stuck at the top of Mt. Everest…minus the spectacular lighting gathered from stars, galaxies and the moon.

The door had been shut tight behind us, leaving absolutely no room for visibility.  Luckily, we were equipped and ready to embark on this mission.  The thieves who stole the ancient coin had armed the museum where various other artifacts sat in display cases.

Our mission: to retrieve one in particular, that happened to be the last in a chain of alarms that would go off the moment we made the wrong move…all that was to be done?  Decoding the puzzle.

Disarming the alarms at PUZZAH! in Denver

As we stepped in the room and figured out how to cut on the lights, we quickly scanned around looking for any clues that would give Liam, Torin & I hints as to where to begin figuring out the puzzle. 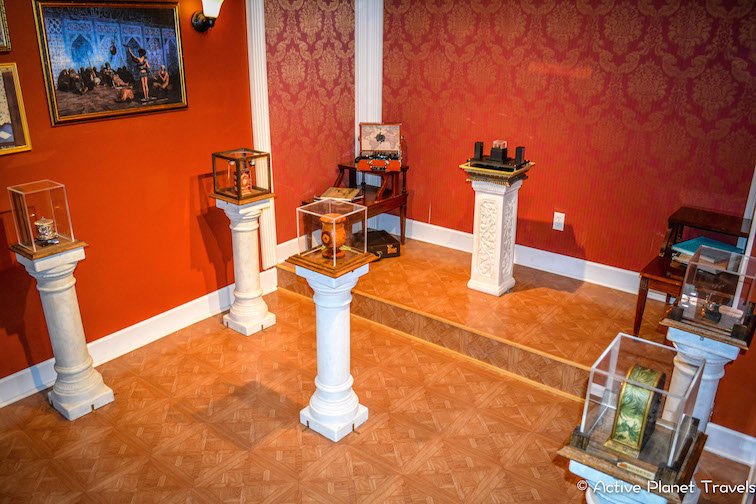 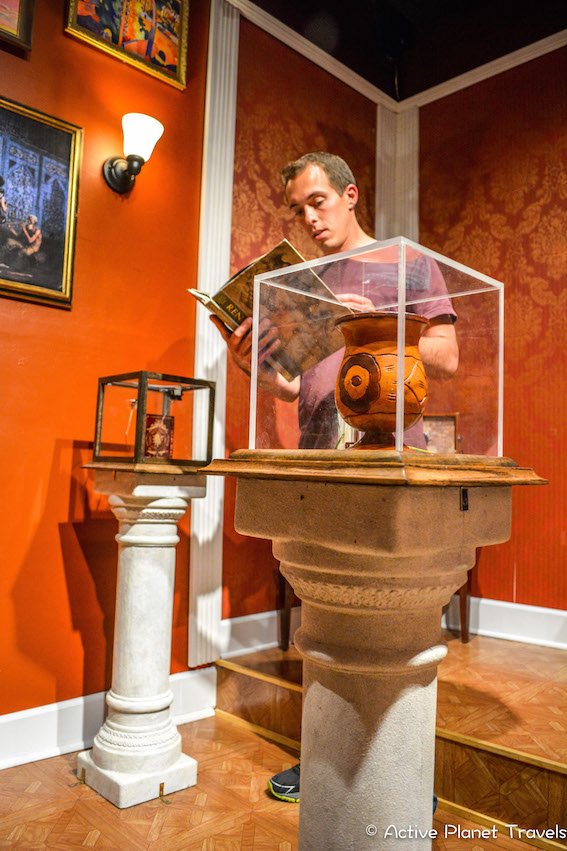 Clues were hidden everywhere.  Between the files we had received explaining the mission and the obstacles in the room, we left no stone unscathed…and it’s good that we didn’t.  One really had to use their heads and think outside the box to move to the next step.

I particularly enjoyed the time limit as, while we were searching for the next clue in the chain of alarms, stuck in the back of our mind was the fact we only had 1 hour total to figure out the puzzle before being caught by the famous thieves. 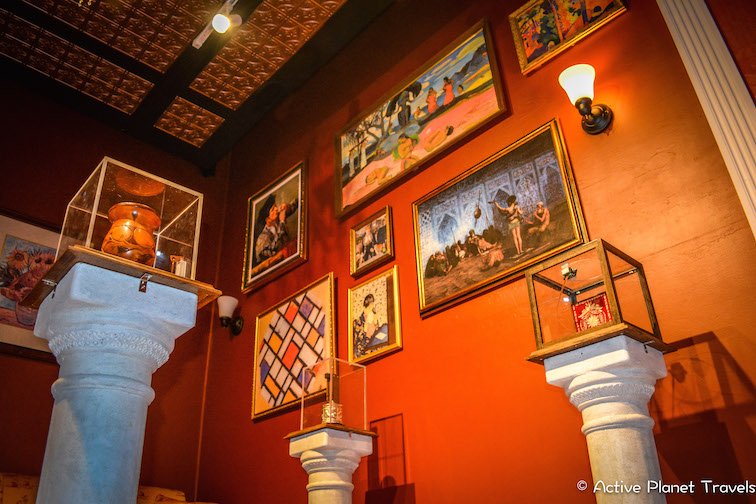 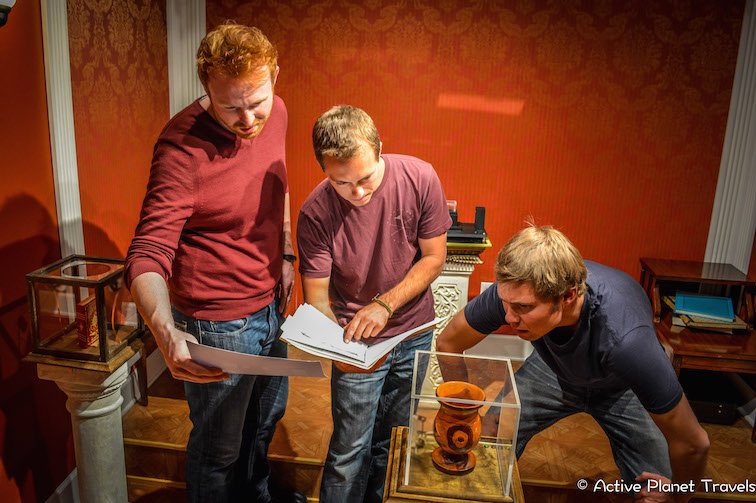 At that point, we would’ve lost.  But the three of us were fixed on decrypting the game.

I’m not going to give you exact details on what needed to be done to win, after all, that’s what takes the fun out of puzzle games.  But I will tell you that, as we went from artifact to artifact, the puzzles became increasingly difficult to decipher. 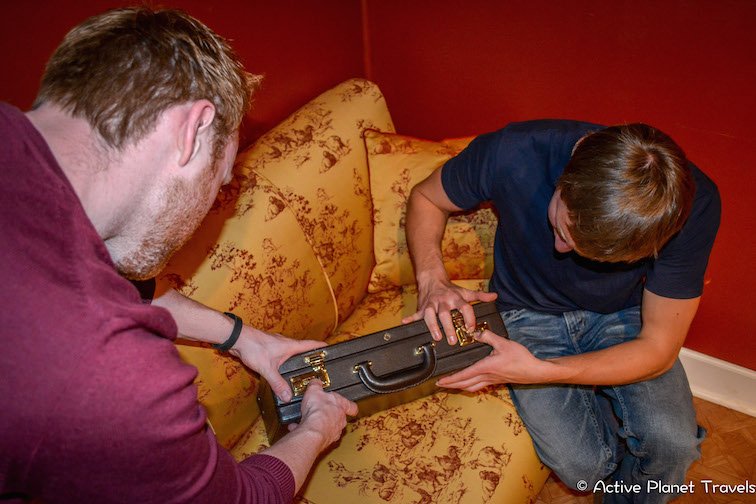 For the first 30 minutes we flew through thinking we would finish with plenty of time to spare.  But at the end, it was a totally different story.

We were literally counting down the seconds as sweat began coming down the brow for the final moments.  The last time I had gotten a rush like this was while I drove a scooter through the hectic traffic in the streets of Nepal!  Naturally, this was a different kind of rush though.  One that utilized your brain activity, not just reflexes. 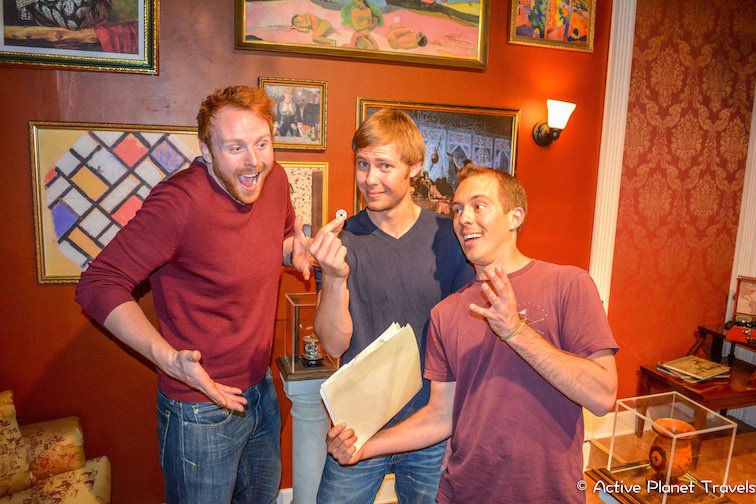 The final little details are what got us most but, alas, we came up victorious just in the knick of time; getting away with the artifact we originally embarked the mission for.

The entire experience was pretty exciting and different than any puzzle I had ever experienced.  I would highly recommend for you to look into visiting PUZZAH’s Puzzle Rooms if you happen to be in the Denver, Colorado area! 🙂

Have you ever experienced a puzzle room?

I want to give a special thanks to PUZZAH for such a successful experience while visiting Denver, Colorado, USA.  On your next holiday to Colorado, be sure to spend some time in Denver and book a puzzle trip with PUZZAH!