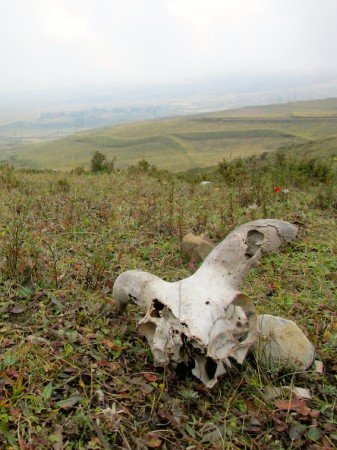 If you haven’t taken a Tibet road trip, this is an adventure you need to add to your bucket list.

Amongst all of the diverse terrain around the Northwestern territory of China, Huzhu Beishan Park provides some of the most barren yet mystifying landscape I had ever seen during my tour through China.

Instead of the dense tropical rainforest, I found while homestay in Sapa, Vietnam, the land here hosted hardly any trees and was mainly use as farmland by the local Tibetans for a variety of wheat and other grains.

As my hostel buddy and I bunkered down in the backseat of his friends hand-me-down SUV, the roads turned from the flat stop-and-go rate of city driving into a long comfortable drive over rolling hills in the backcountry.

The only signs of life: kilometers of paved roads, telephone wires and an occasional vehicle passing by.

As we continued into the Tibetan backcountry, we came across a small village with signs of little life. There was an old pool table sitting outside with debris littered all over the ground surrounding it.  In search of supplies (food, water, etc.) our driver walked into the nearby building and to my surprise an older gentleman, looking rough in his years, welcomed us.

He seemed quite surprised to see an American traveling through the area but after some friendly words were exchanged, we rationed up on food & water then continued to make our way along the Sichuan-Tibet Highway. 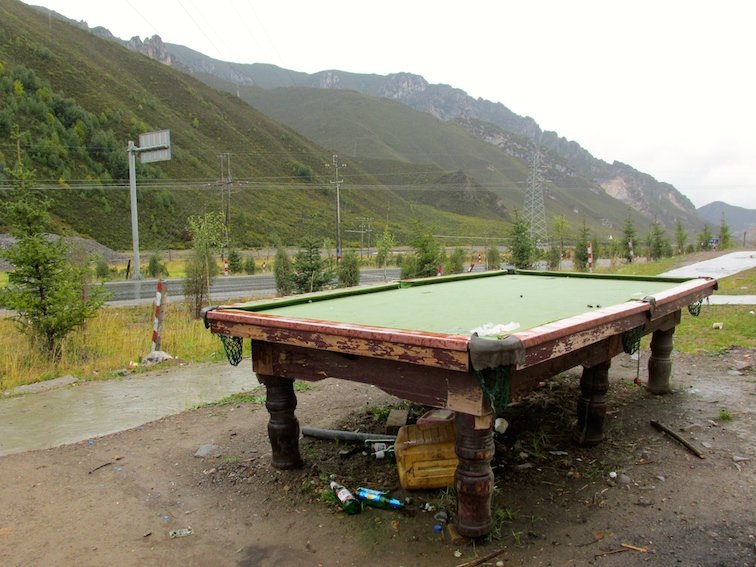 The further along we drove, the more beautiful the backcountry became.  Trees became more abundant as farmland dismissed itself in our tracks.  Cattle such as yak and mountain goats began to reveal themselves here and there along the way in small herds of 20 or so. 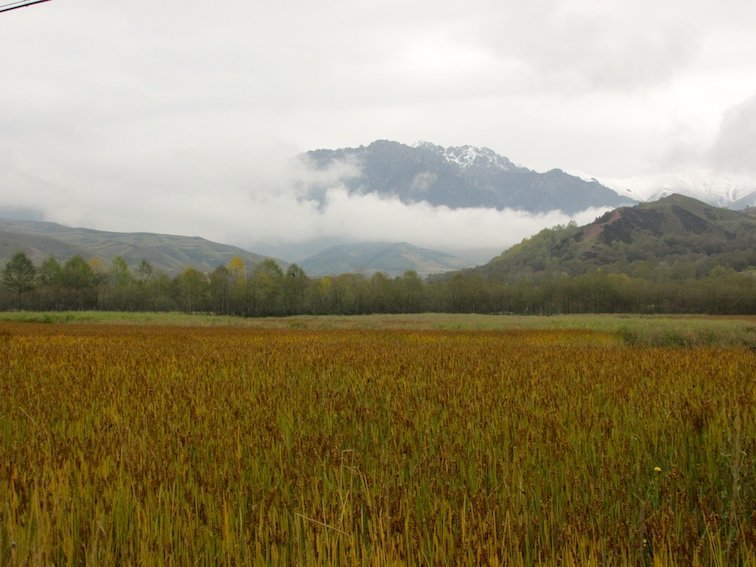 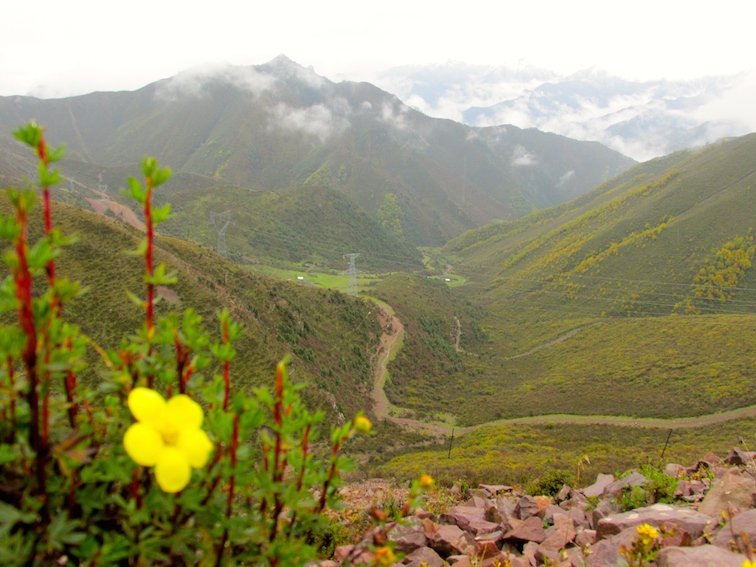 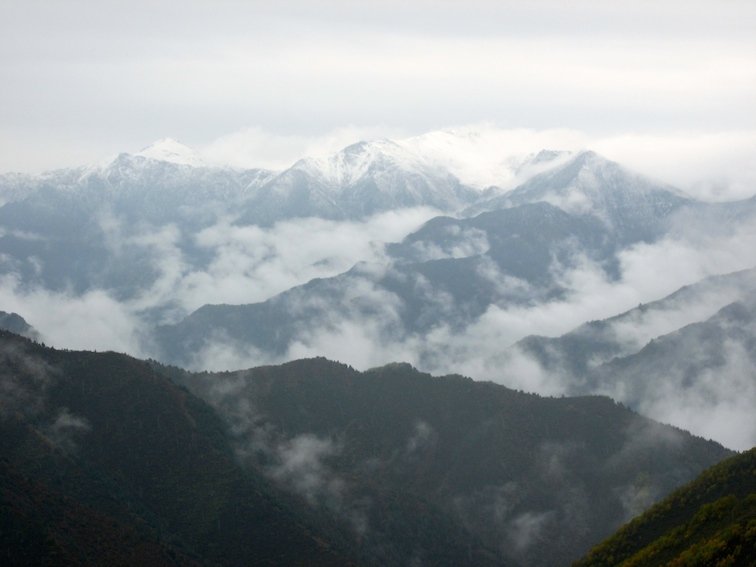 We stopped at respective locations to take pictures and enjoy the view.  My guides, quickly turning into friends, seemed to really enjoy themselves as I was obviously awestruck by the sheer beauty of their native land.

On several occasions we would all start laughing (at my expense) because of the simple little things I would be consumed by or the questions I would ask as it would seem silly to them.  For instance, when I would see a large animal I’d ask what it’s “name” was.  The simple reply: Bull.

This would then lead into a not-so-elaborate debate as to what kind of bull it was.  Like when I told them I would call this a Yak, they’d give me a funny look, at which I’d return, and then we’d all begin laughing again.  But I digress. 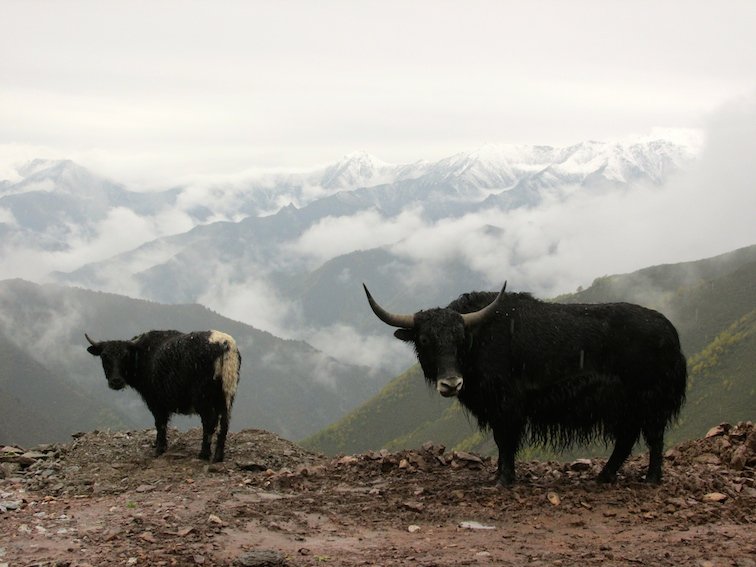 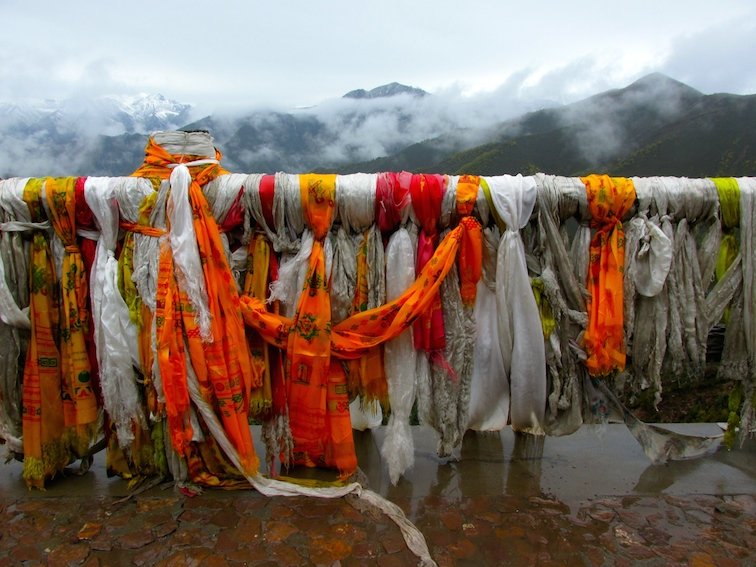 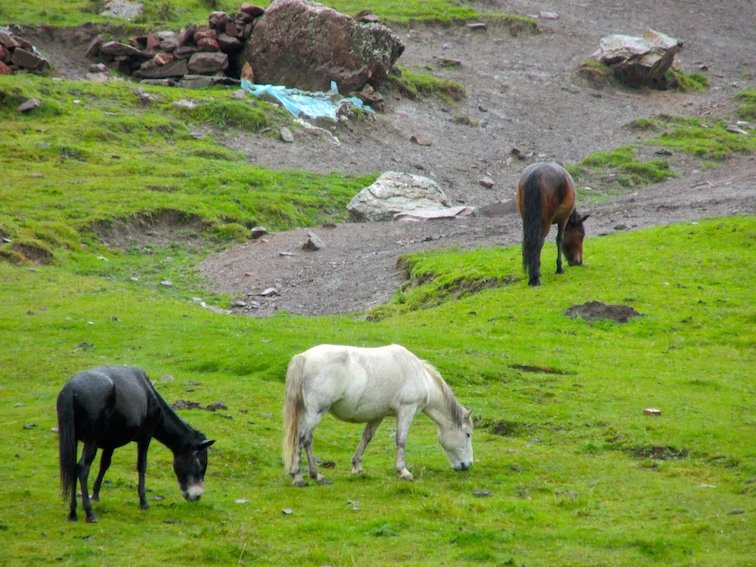 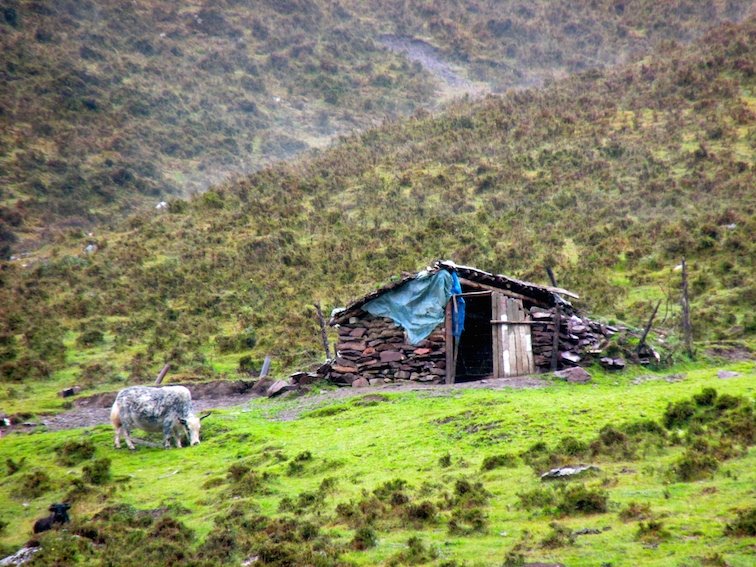 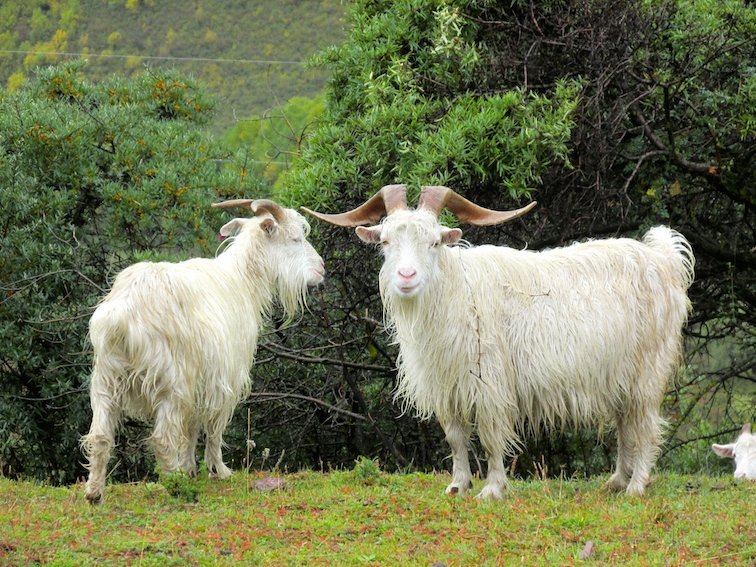 The living conditions for the few buildings we saw along the way were quite primitive.  There was no signs of electricity, running water or any modern day appliances that we had become so accustomed to back home.  Here, the homes were roughly stacked together using materials from the surrounding landscape.

As we finally made it to the steep and curvy road that made the Sichuan-Tibet Highway so famous, we stepped out of the car and took in the view.  The curvy road reminded me Lombard Street in San Francisco; except it was much large, longer and on the total opposite side of the world. 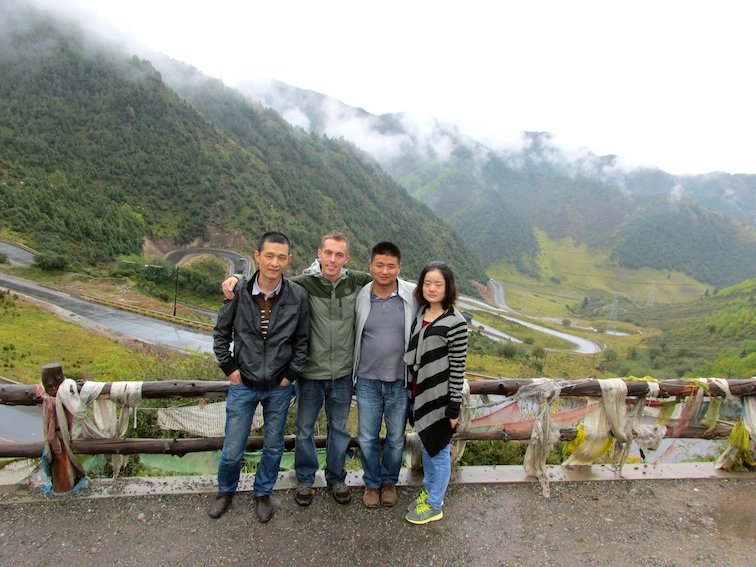 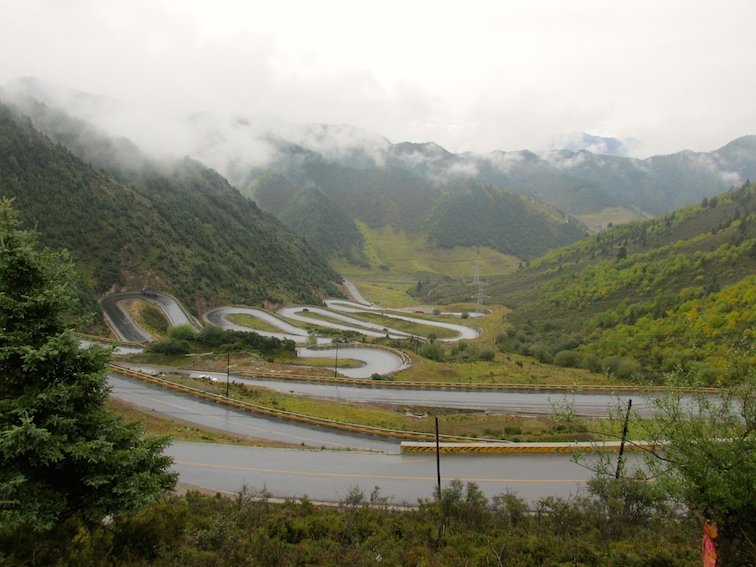 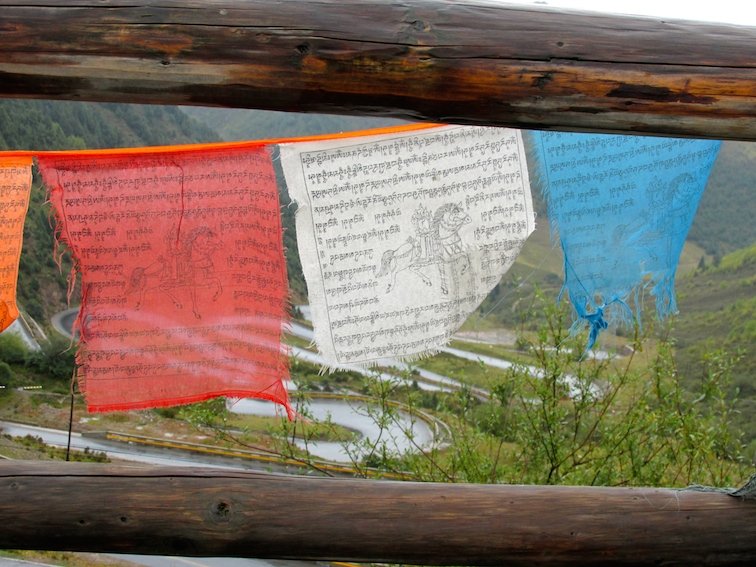 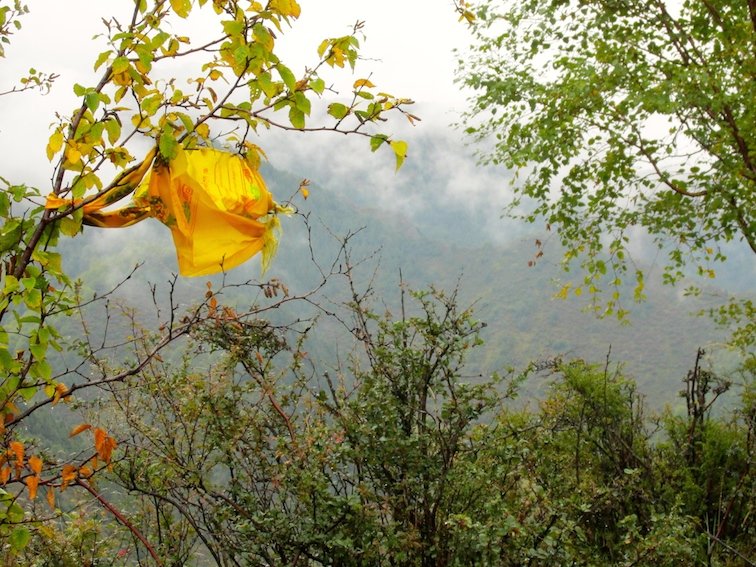 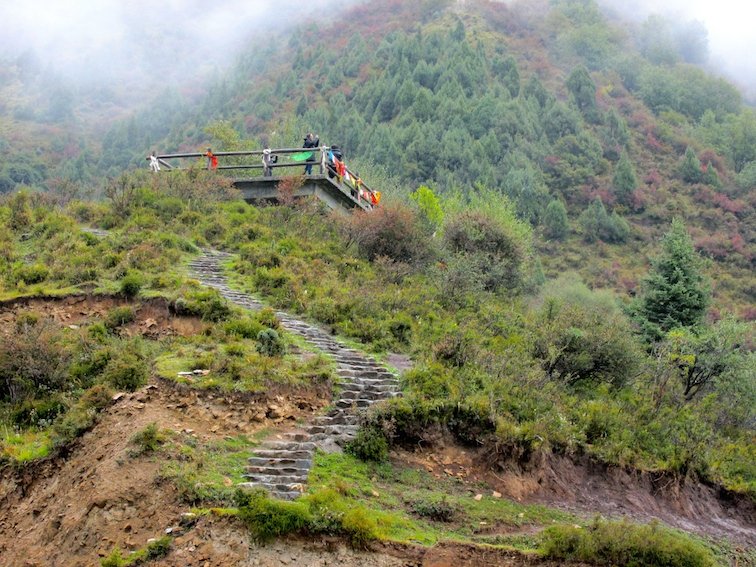 Tibetan Prayer flags were strung everywhere around the site, making it quite obvious that the locals respected the road.  After making our way up the rough and rocky stairway, the top of the overlook gave us a much better view of the surrounding area.

Construction trucks carrying raw materials up the road seemed to struggle but somehow managed to arrive at the top and coasted down the other side.  After a while of sightseeing, we eventually got back into the car and our driver roamed onto a side road and farther into the backcountry.

With a broken GPS and without a proper map, we realized that we were obviously lost and somehow stumbled upon an old farming village. 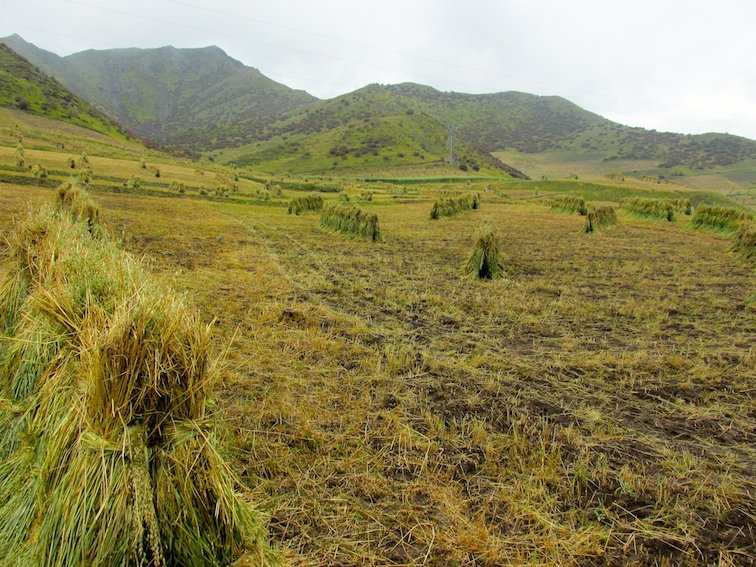 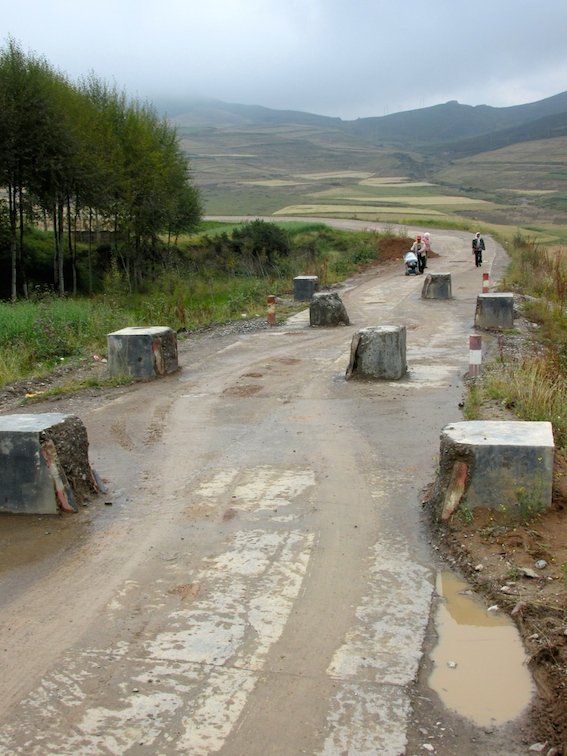 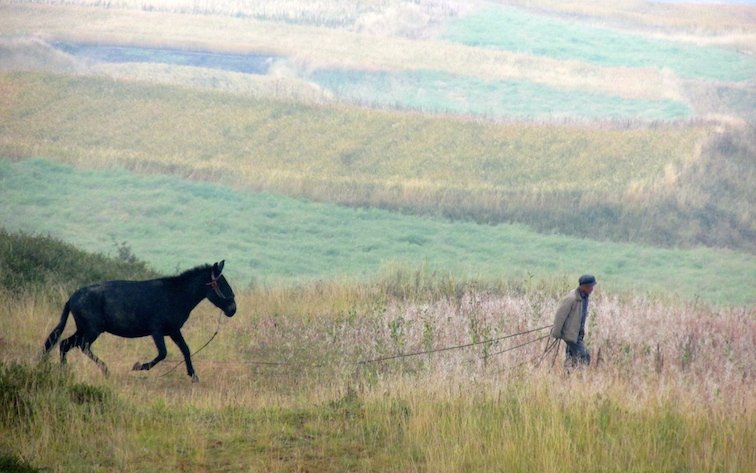 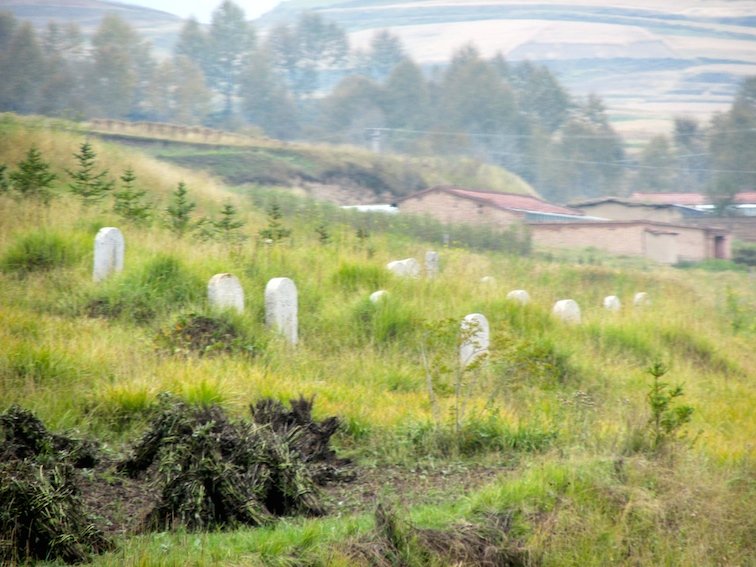 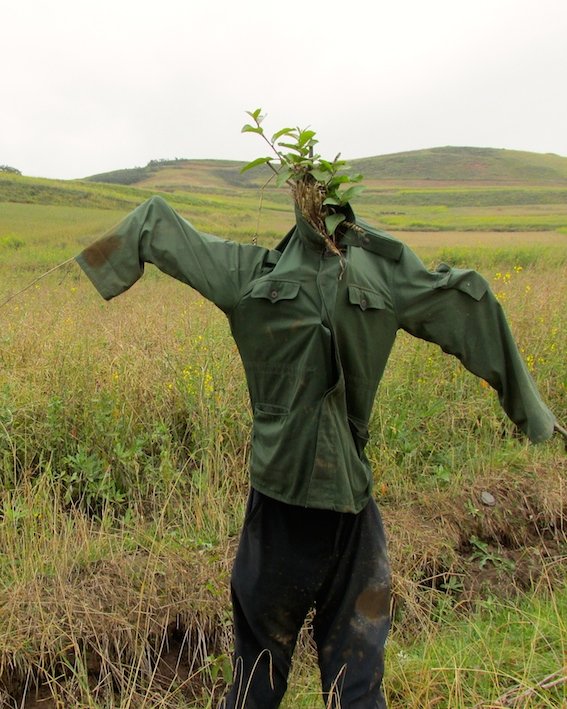 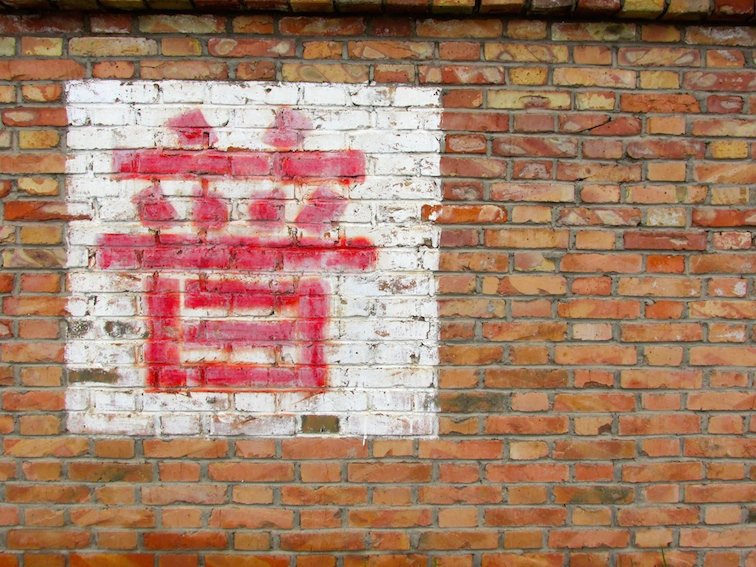 The village was a step up from the primitive buildings we saw earlier down the road.  Instead of rocks stacked one on top of another, here red bricks and mortar held the walls in place.  There were even windows, wooden doors and signs making the area seem a little homier.

It was very interesting driving through the area.  Men and women conversed amongst themselves in small groups while the children frolicked along the side of the street.  But no matter how immersed they were in their daily activities, as soon as I rolled down the window, smiled and waved everyone turned their attention to us as we passed by.

That’s the moment I realized that the look I was receiving was a moment of confusion and shock, followed by smiles and waves as they’ve most likely never seen someone traveling from a different country…let alone in their neck of the woods.  If only I had some candy to pass out to the children like I had while backpacking out to Chantanohm Banna Village in Northern Laos. 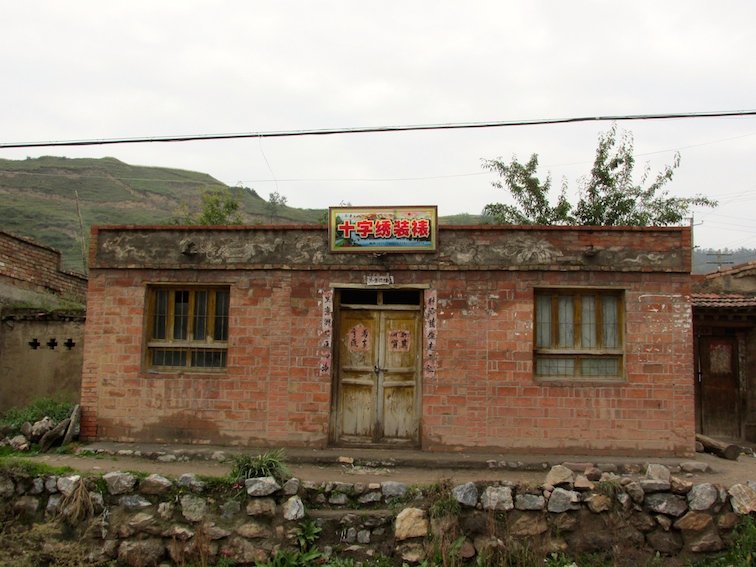 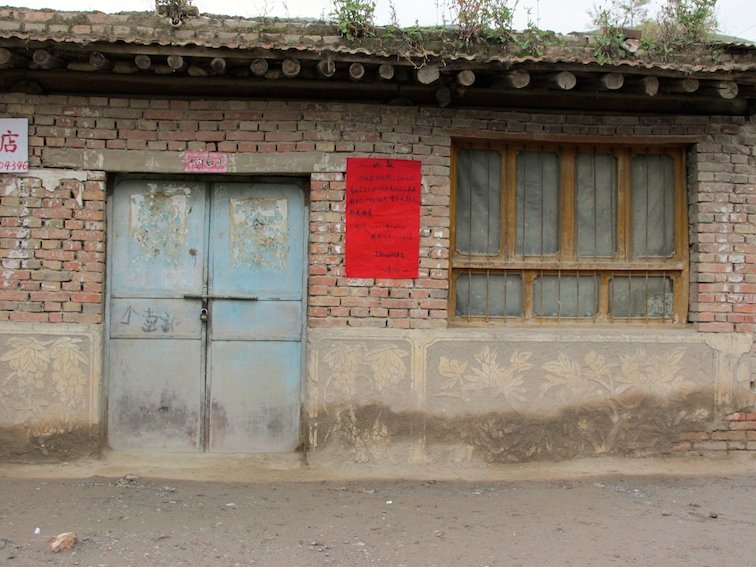 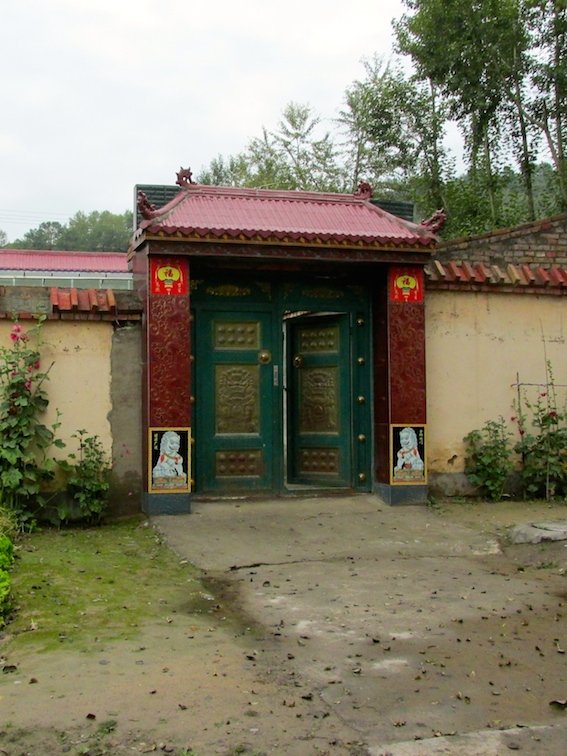 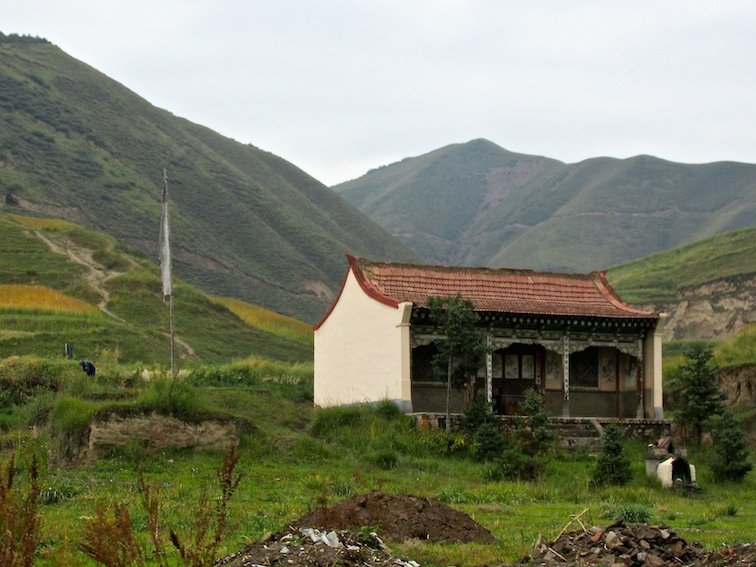 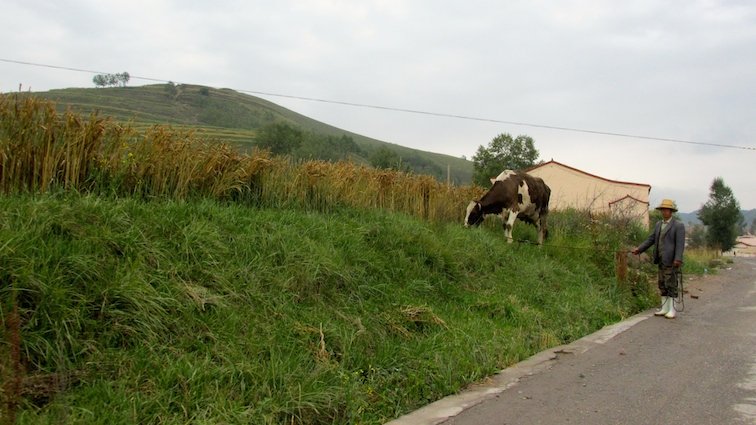 After stopping and speaking with some of the locals (despite the Tibetan/Chinese/English language barrier), we got directions back to the main city and made our way to Laoye Mountain just outside of Xining.  The trip, thus far, had been quite fascinating.  I could only await the surprise waiting for me outside of Xining!

If you had the opportunity would you take a Tibet road trip?