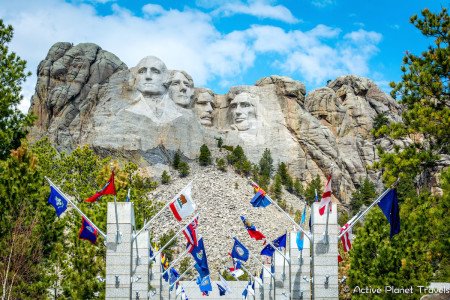 It’s one of Americas biggest shrines dedicated to democracy, naturally bringing out the inner patriotism in all of us.  When you see the founding fathers looking down from their pedestals, the first thought that comes to my mind is what did it take to get them up there?

The thousands of massive boulders that had fallen below them was a good indication of exactly how much work was put into carving the site.

As Torin & I stopped at the next site for our cross country road trip, we parked the car in the Lincoln Garage, hiked up to the base of the Grand View Terrace, down the Presidential Trail and to the foot of the beautiful monument.

We got pretty lucky on our drive to Black Hills National Park; the location where the Founding Fathers of Mount Rushmore made their home along the rock face.  Attempting to save every dollar we could, after all, budget traveling means that we enjoy saving money when we can, Torin & I took turns talking with the locals to find a cheap campsite in the area.

We ended up discovering the perfect place at one of the KOA Campgrounds since it was out of season.  The owner was extremely friendly, allowing us to stay for free! 🙂 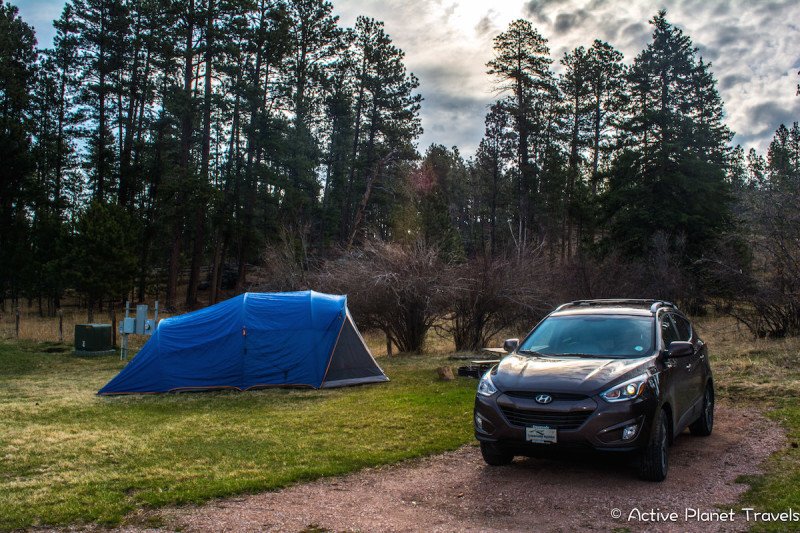 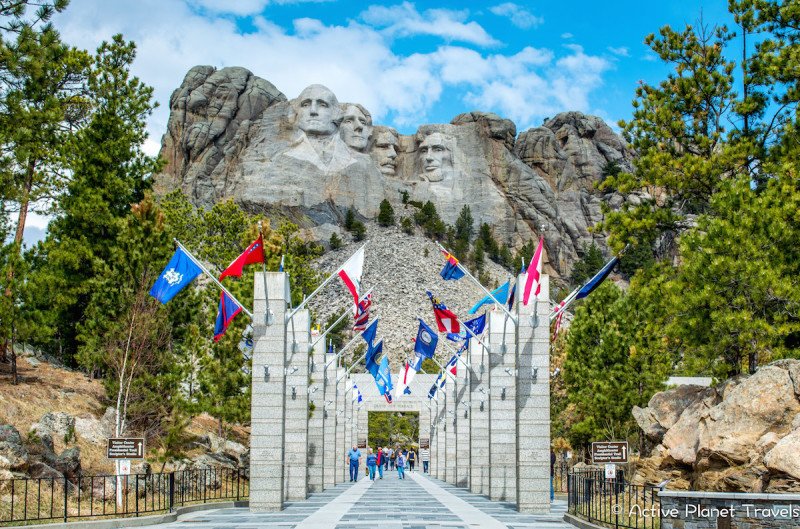 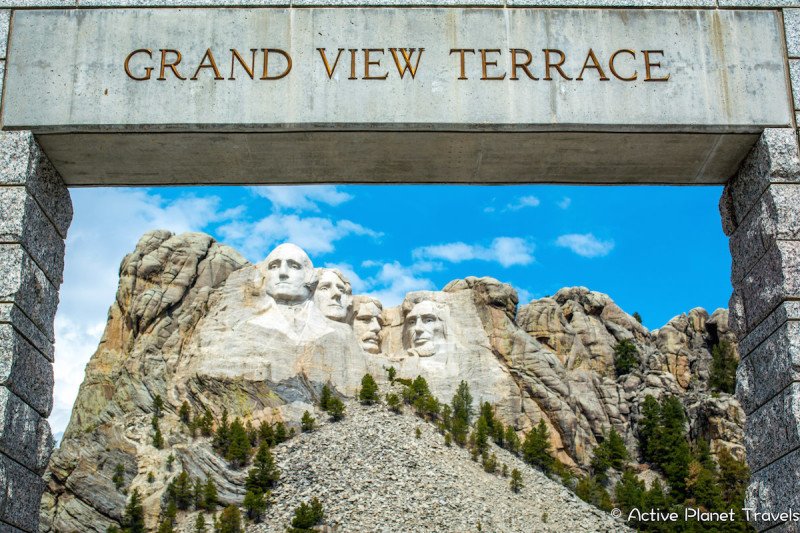 We woke up the following day, paid $11 USD for parking/entrance fees, and began walking through to the Grand View Terrace.  The size of Mount Rushmore was rather significant.  The photos did absolutely no justice.

The boulders beneath the faces ranged in sizes, some being as large as a small car! 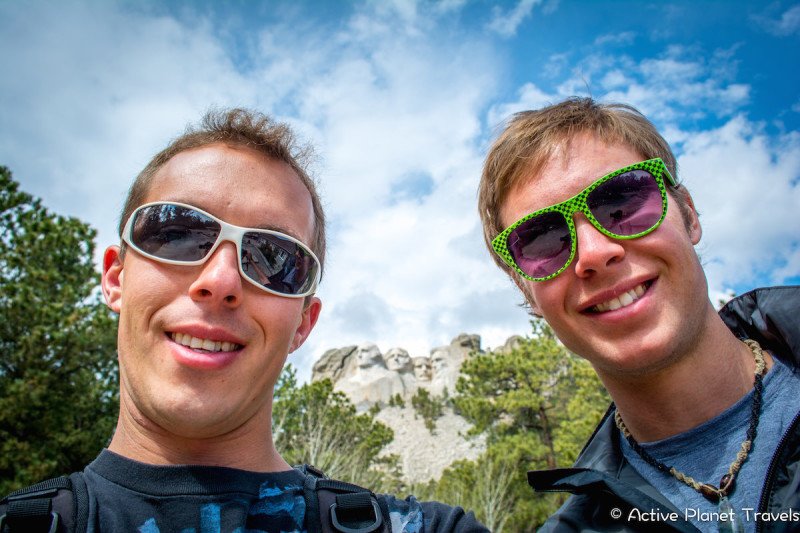 Trying to find a way to get a closer look at the monument, we discovered a man-made path called the Presidential Trail.  From here we were able to walk up somewhere around 250 steps so that we could, quite literally, look up the noses of the Founding Fathers. 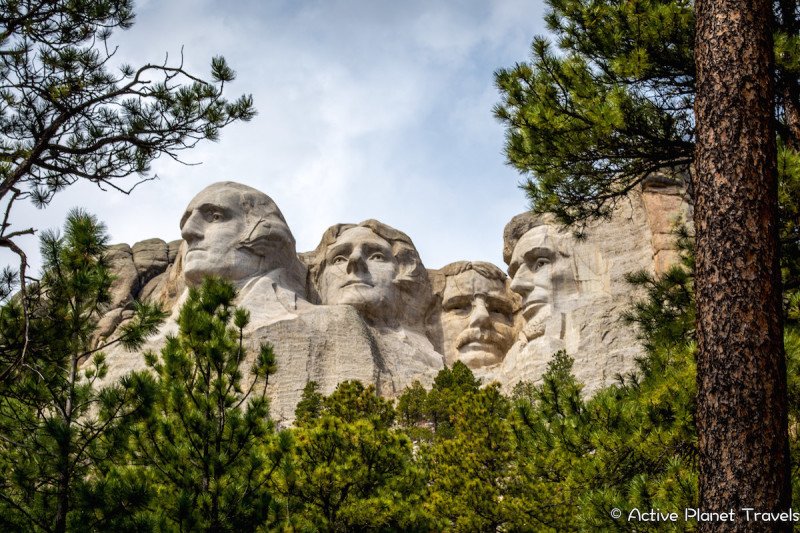 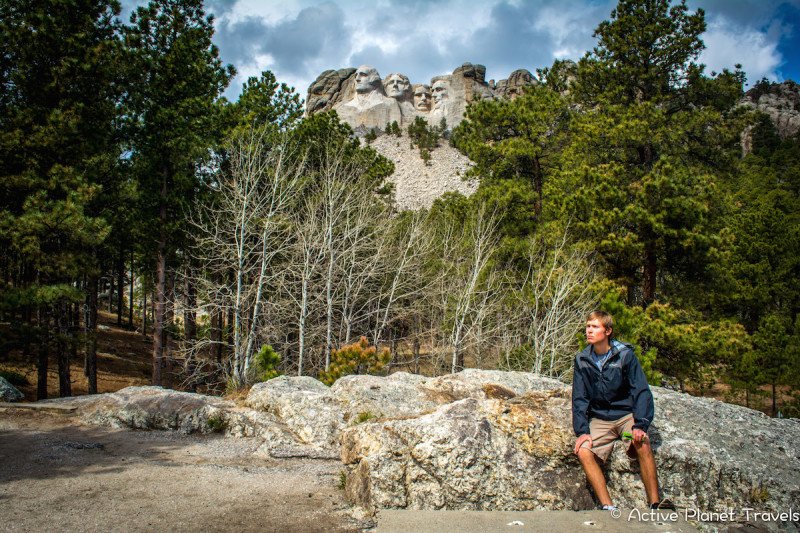 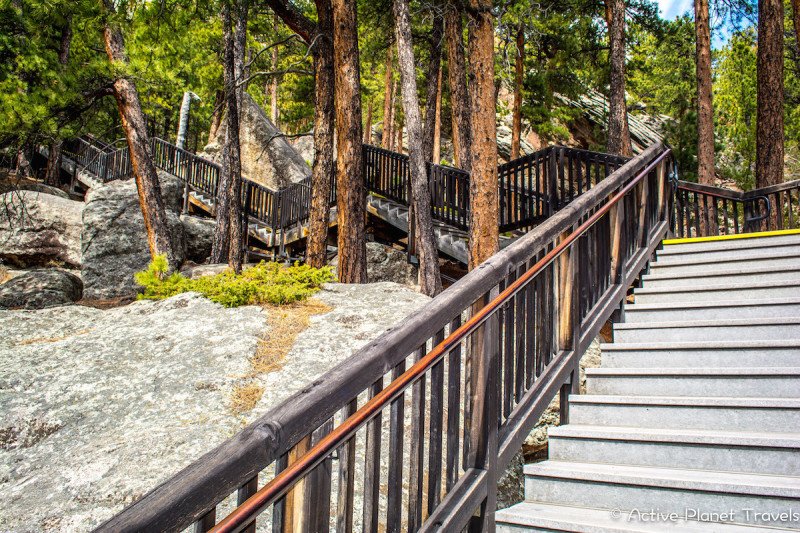 The area was kept up very nicely and there seemed to be no significant damage to the environment as compared to other sites I’ve seen around the world.  In fact, I’ve always been proud of the United States Park & Recreation for that.  They certainly care about the surrounding environment and their environmental impacts on it. 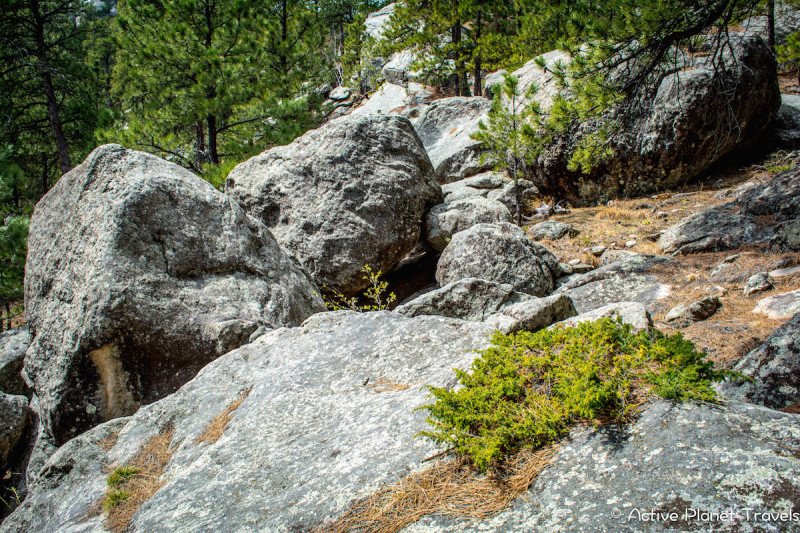 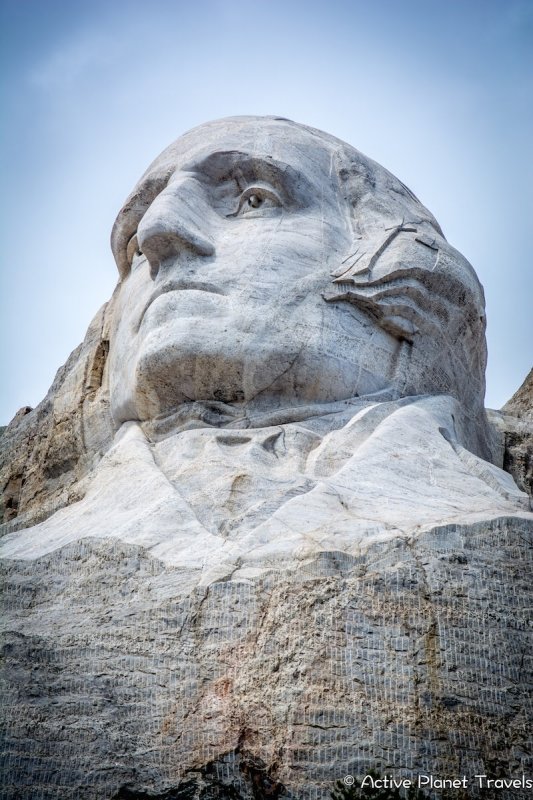 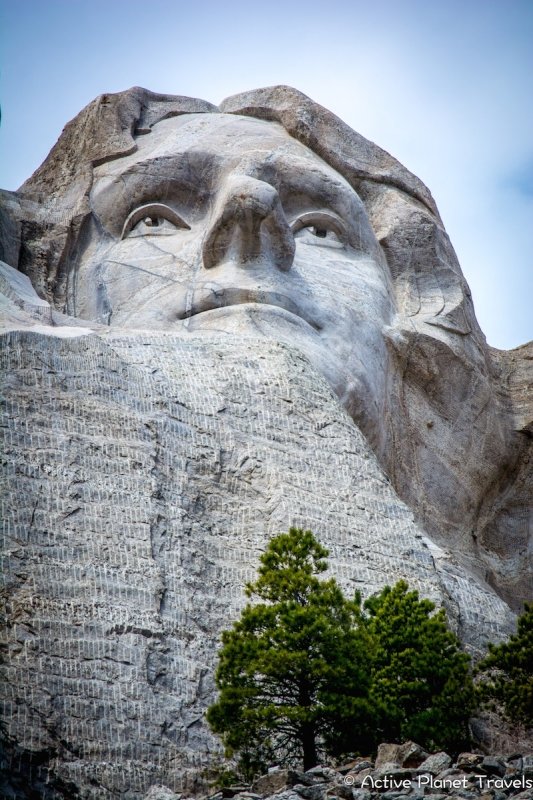 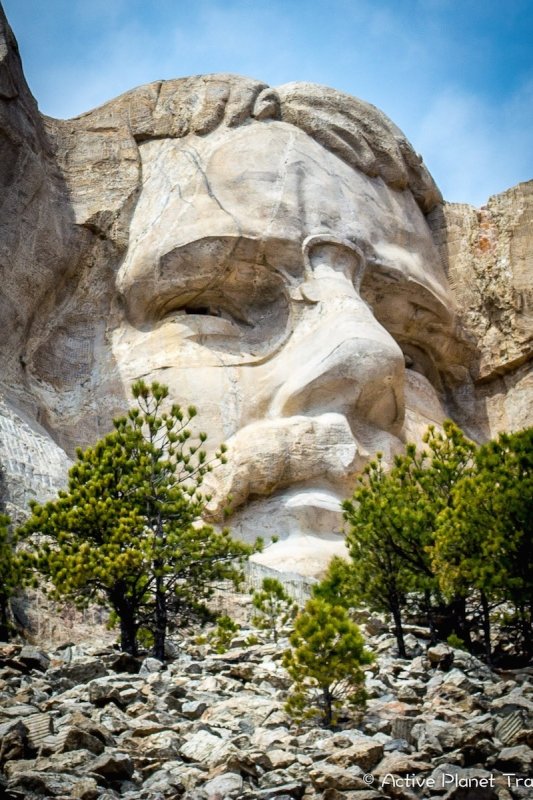 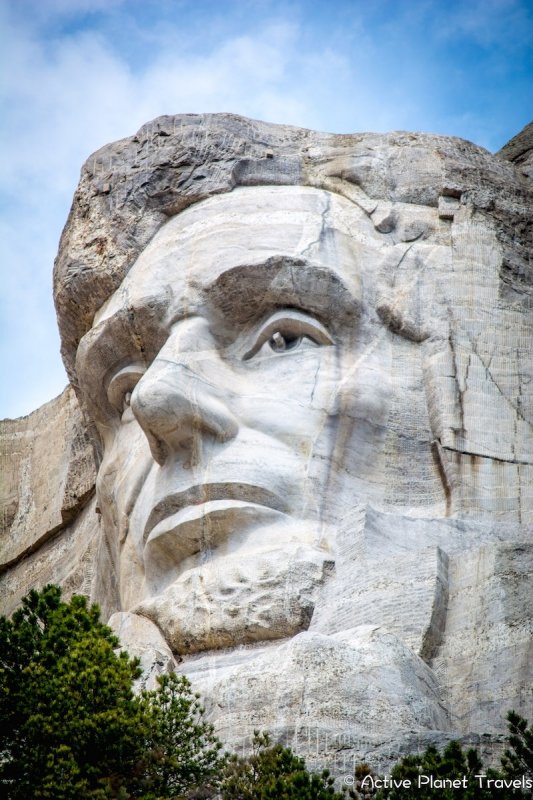 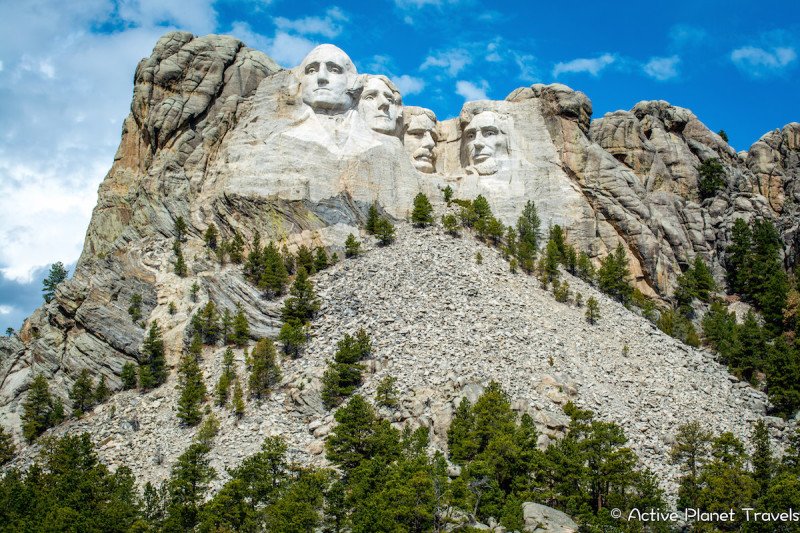 Once we got to the end of the trail, we acknowledged the significance of the monument and finally decided to turn back towards the car to do some hiking.  Next up on the list was the Horsethief Lake Trail.  You would be astounded at the scenic views we got…even when it began to rain on us!

Would you take a road trip across the country to see Mount Rushmore?