What is it Like Road Tripping Across the United States? 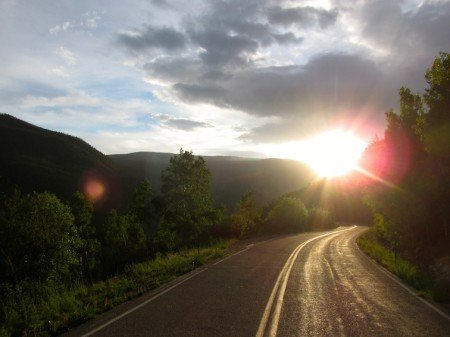 I’ve never seen as much diversity on the open road as I had while driving across the United States.  I mean think about it, you’re going 3,000 miles from one coast to the next!  You pass through 2 major mountain ranges, deserts, fields, cities…the list is endless and the scenery is constantly changing.

While it does take a seemingly longer amount of time to cross the country via car than to fly, the experience is well worth it!  My friend & I ( the name is not mentioned out of respect) passed through a total of 13 states which took us about 10 days and not one time had we paid for accommodation; we simply stayed with friends that we knew and met along the way.

A few years back when I first began traveling I had spent some time in West Virginia whitewater rafting on the Gauley River.  I had met a few blokes out there who were actually doing the same thing but instead of staying with friends they simply got a camper at a super cheap price and took that for the ride.  It must have been a great experience; camping out in State parks along the way and seeing the countryside of America.

Obviously, if you’re one of those who would rather have your home comforts with you, you can always rent a caravan instead of Couchsurfing like we did. Granted you’d probably want to get insurance just in case it breaks down along the way but even if all things didn’t go as planned, that just adds up to the experience!

Either way, we still had our fair share of popular/beautiful sites along the way and some were a little less expected than others.

Road trip across the USA 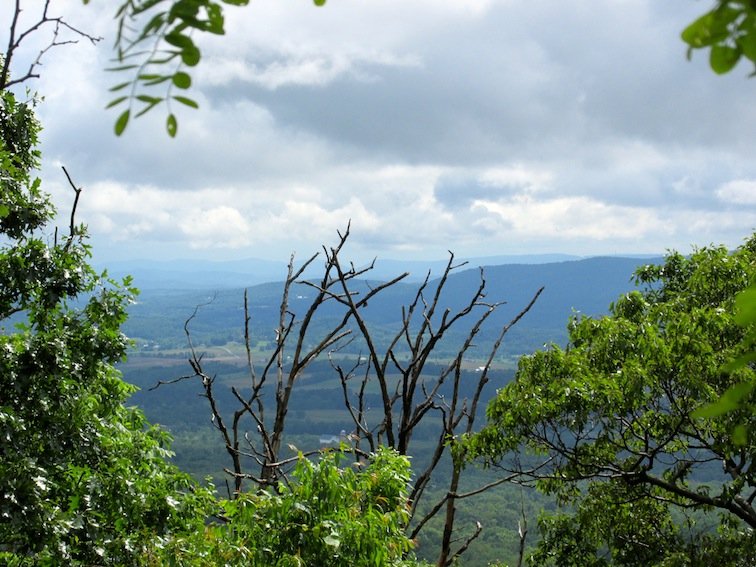 Scenic overlook I found in an old abandoned house through Pennsylvania.

Driving east from New Jersey, we quickly came to Pennsylvania where we took a side road from the interstate and found an old abandoned house overhanging this cliff.  Wanting to explore, I stepped inside and started looking around to see what caught my eye.  The entire place was trashed with insulation on the floor, broken glass and beer bottles from previous visitors who vandalized the place.

When I made my way up the sketchy staircase I glanced out the window and caught this beautiful view of the valley (above).  The picture did it no justice and (realizing that I was obviously trespassing) after a few moments and a couple of pictures later, I rushed down the stairs and back to the car before any problems could emerge. 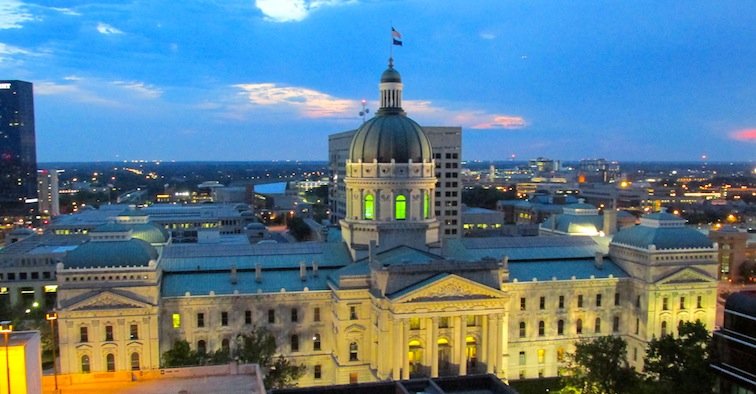 Great view of the capital from a building roof I climbed w/ new friends.

The next memory that really stood out to me was in Indiana.  My road trip buddy had some old friends who he’d traveled through Spain with that were now settled down here.  After arriving at their apartment downtown and having a few beers, we made our way to the rooftop to watch the evening sunset over the city.

Climbing up a few ladders and shimmying up a wall or two, we eventually made it to the top.  It probably wasn’t the best idea I’ve had (after all drinking + heights could never end up as a good combination) but it was well worth the view.  There’s just something about sitting above the city with new friends and a few beers that create a great atmosphere. 😉 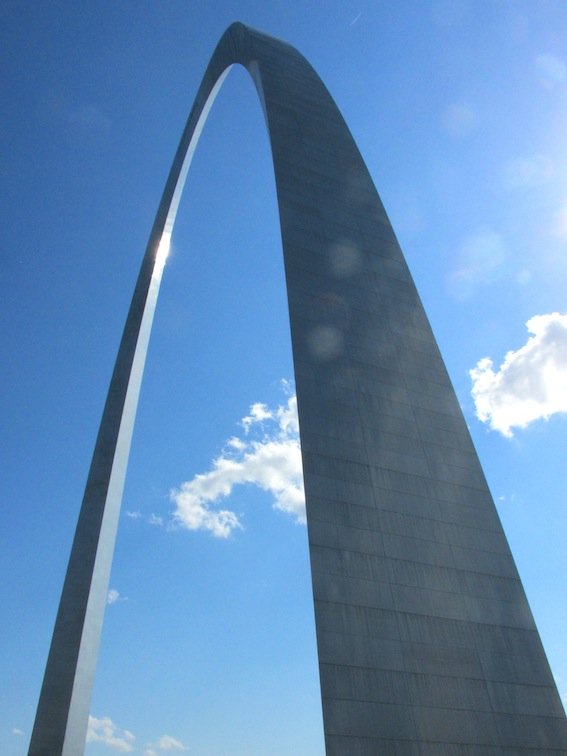 The Gateway Arch in

My next favorite memory was further west at the Gateway Arch in Missouri.  I never realized how massive this thing was along with the effort that went into constructing this thing.  Taking the small ride to the top that could make the best of men claustrophobic, we arrived to have a peak of a grand view over Missouri.  Definitely a recommendation for anyone in the area. 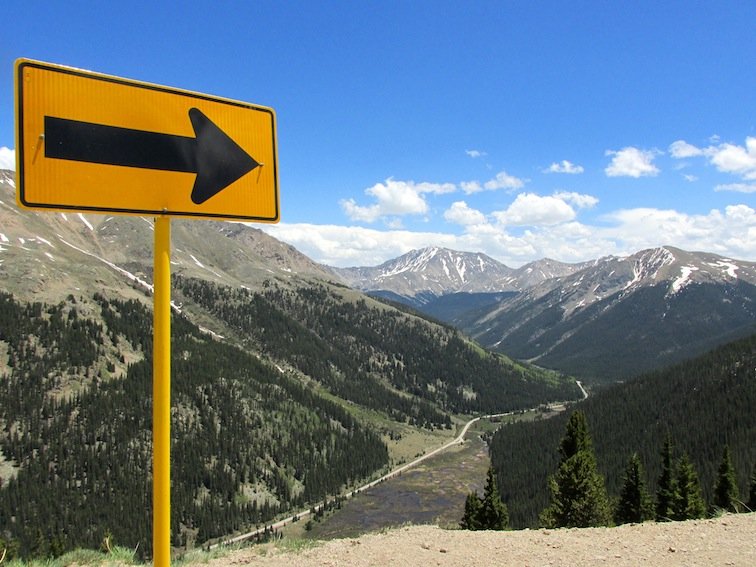 The road driving up Independence Pass to Aspen.

I’ve been up Independence Pass before but never in the midst of summer.  After leaving the barred dessert behind, this site was nothing short of an oasis.  Around some 13,000 feet high, we made switchback turns till we passed over the continental divide, through the Lincoln Creek campground, up to the Maroon Bells and back down to the small town of Aspen.

The double Arches in Utah.

After easily killing 2 days in this paradise, we continued our road trip west and visited the famous Arches National Park in Utah.  This easily made my top favorite list.  The arches natural beauty, breathtaking structure and sheer size is the top reason to visit such a site.  It never ceases to amaze me at what mother nature can accomplish.

The mountain haze while driving to Los Angeles.

Marking the end of our trip, Los Angeles California’s rolling mountain range seemed to me like something out of a movie.  During the late afternoon hours, the sun hits the haze hovering above and gives the surrounding area a ‘mystical feel’.  It made for great pictures and a great view.

All in all, the entire trip was like something out of a movie: you leave from one side of a world, travel thousands of miles crossing mountain ranges and vast deserts to arrive in a mystical mountain where, just on the other side, lies a wonderful paradise.

Would you ever take a road trip from coast to coast across the United States of America?