Snowshoeing Off the Beaten Path in Colorado 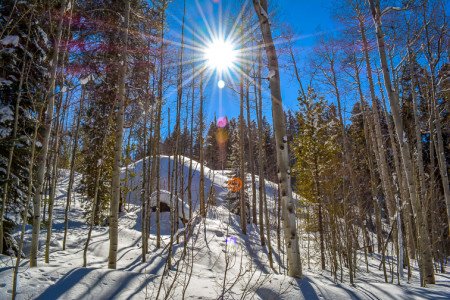 Getting off the beaten path in remote locations such as Northern Laos or Myanmar isn’t too difficult of a thing to do.  Relatively few people go there, comparatively, and when you’re in such an area you feel like you’re in a remote location especially being so far away from home.

On the other hand, when you’re somewhere within your own country such as Colorado, it can prove to be a bit more of a task.  Luckily, this is something I’m quite passionate about and will happily take on the challenge of figuring out!

With my season in Colorado coming to a close, I took it upon myself to pick up one more hobby: snowshoeing.  Doing so allowed me to step off the beaten path and reach the outdoors most people don’t regularly go to, especially in the middle of winter.

Take a look at these breathtaking photos of the winter wonderland I discovered during my 5-hour trek into the wilderness.  It goes to show you, thinking outside the box can ultimately lead you to some wonderfully scenic locations! 😉

Snowshoeing Off the Beaten Path in Colorado

As I began my ascent up Smuggler Mountain, I was quick to realize what a beautiful day it would be in the backcountry.  The snow kept the breeze chippy and right at the perfect temperature for snowshoeing.

The view at the top of the mountain was, of course, spectacular.  The view into downtown Aspen was as crisp as I’ve ever seen and it only got me more excited to continue my trek.  After all, the last time I really set foot in the backcountry was when my friend Anna came out this past summer and we trekked out to a nice camping location. 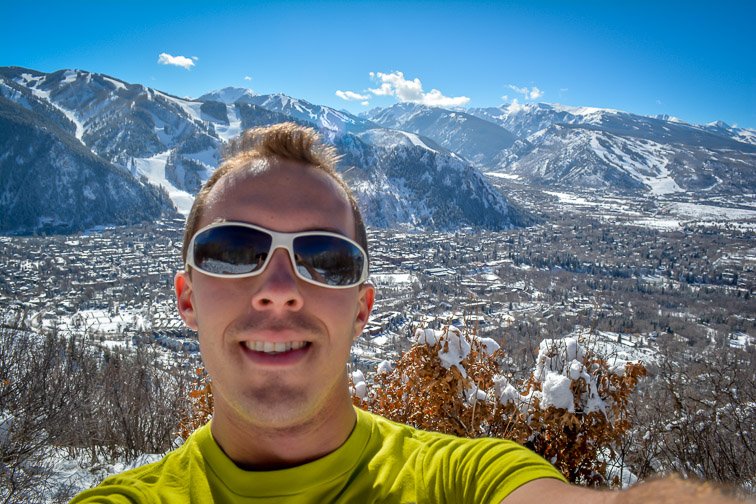 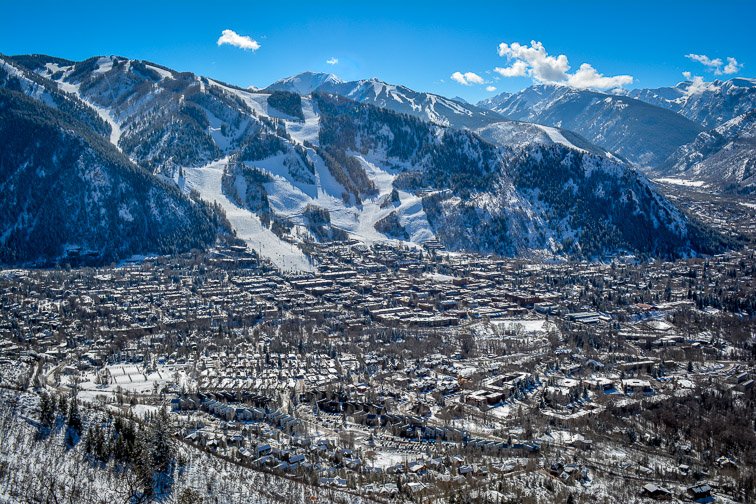 As I directed my attention away from the scenic overlook and towards the tree line, I whipped out my D5200 Nikon camera and began capturing the shots you see before you.  The snow was essentially untouched and offered a glimpse of what it was like to view this area from natures point of view. 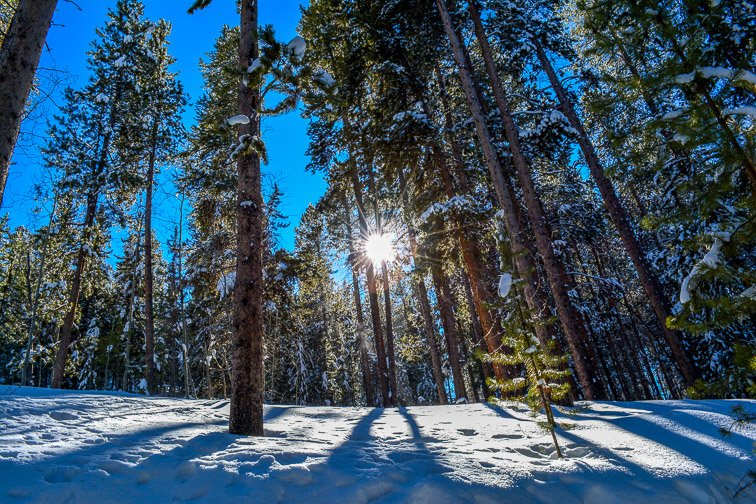 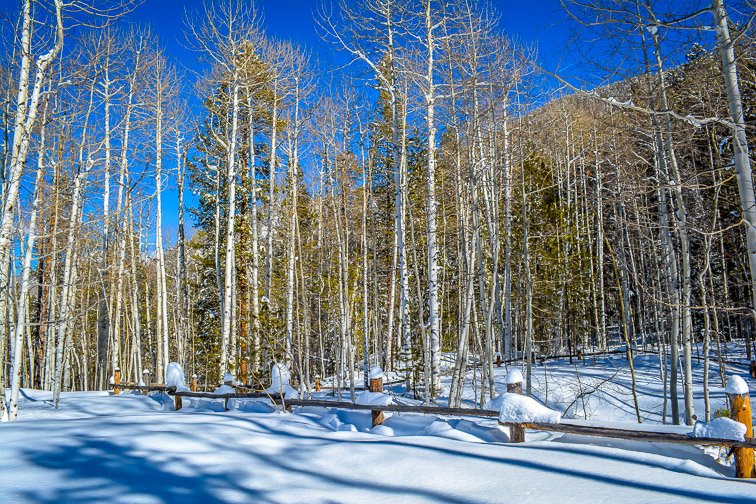 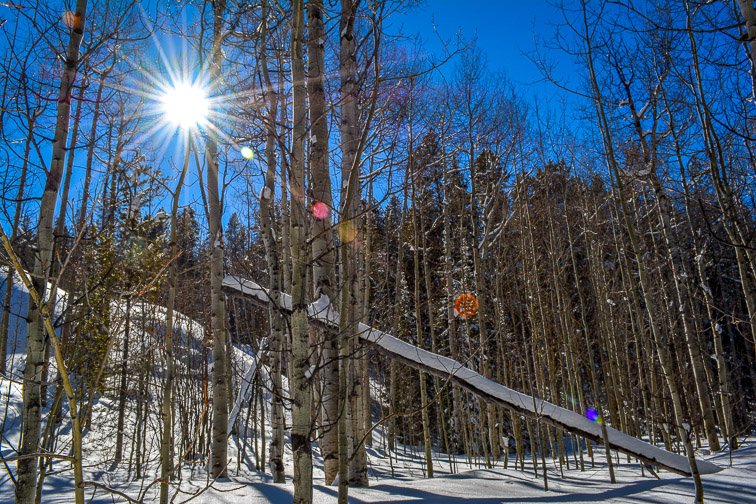 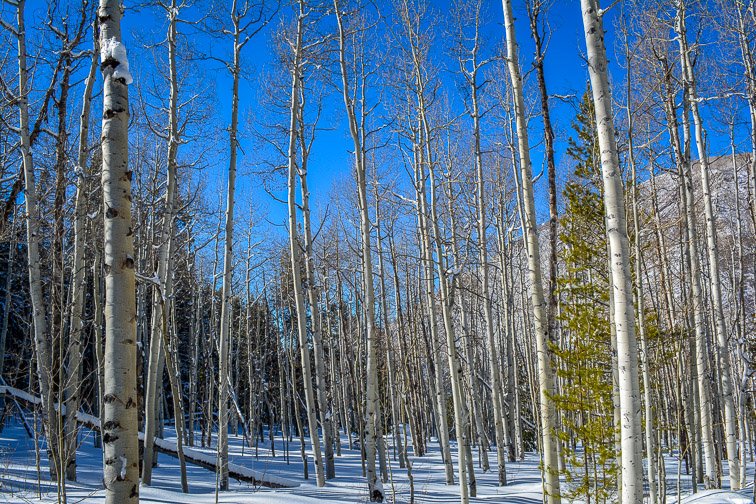 Naturally, it was all breathtaking but the best was yet to come as I stepped into the open valley, allowing a 360 degree view of the surrounding mountains covered in powdery snow. 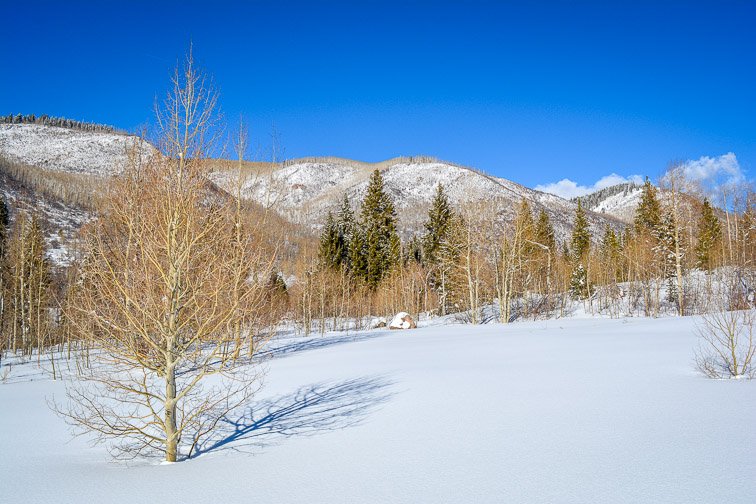 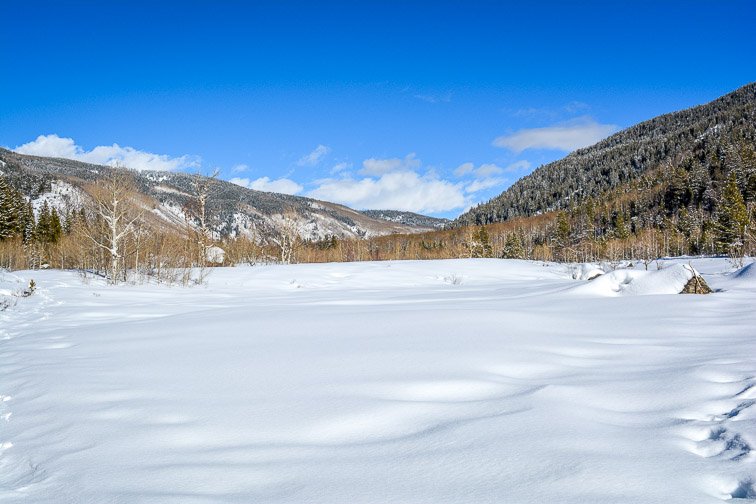 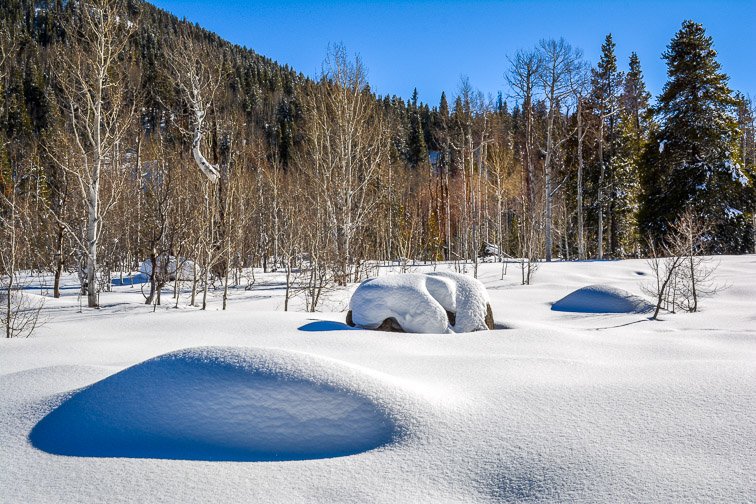 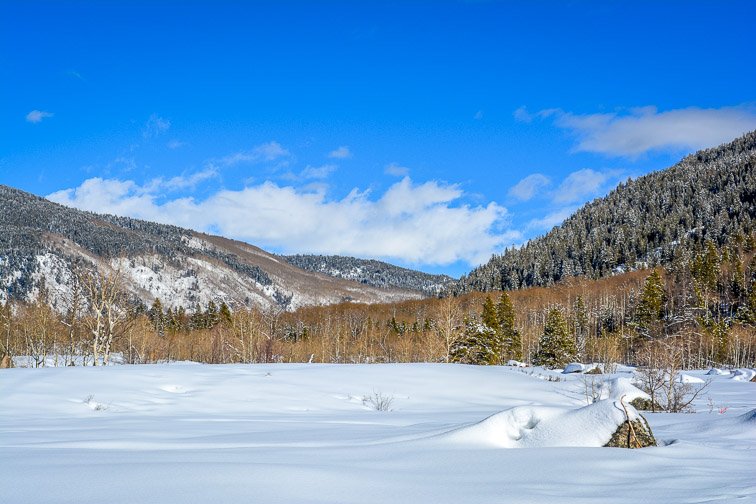 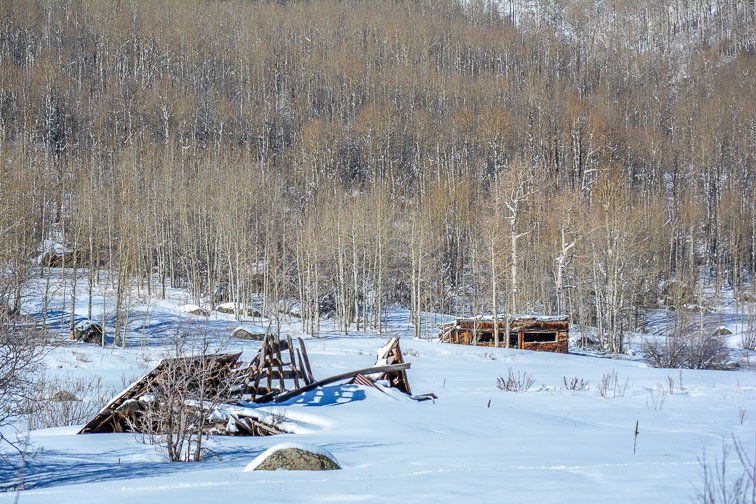 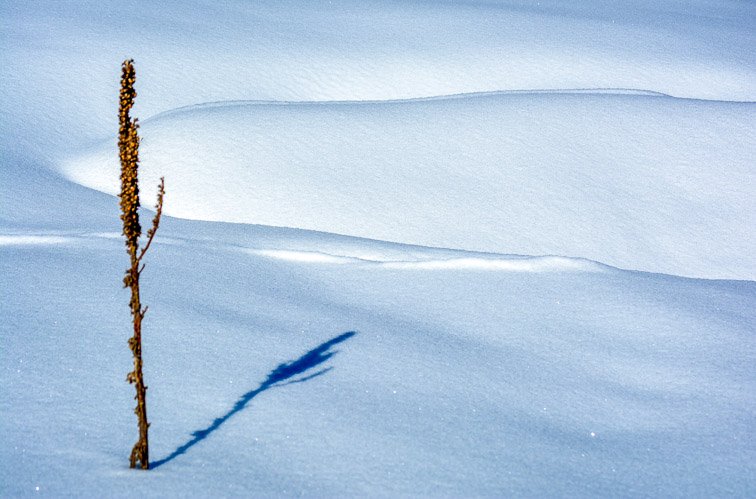 Spending a solid hour soaking up the sun and capturing what I could on camera, I then continued my trek (now about 3 hours in) and made my way forward.  Eventually I came to a fork and what was the makings of a more beaten path titled the Hunter Creek Trail.

Here, boulders of massive proportions were hidden in the shadows of the trees and covered in nearly a foot of snow.  The water trickled down elegantly in between them while the birds chirped wildly in excitement for the coming of Spring. 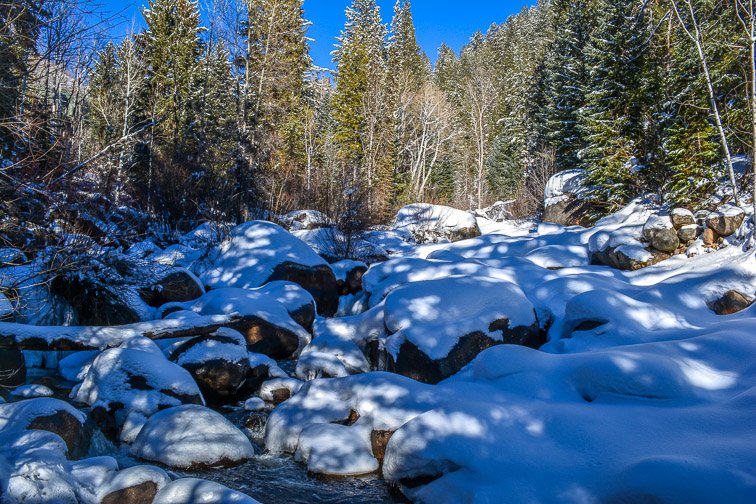 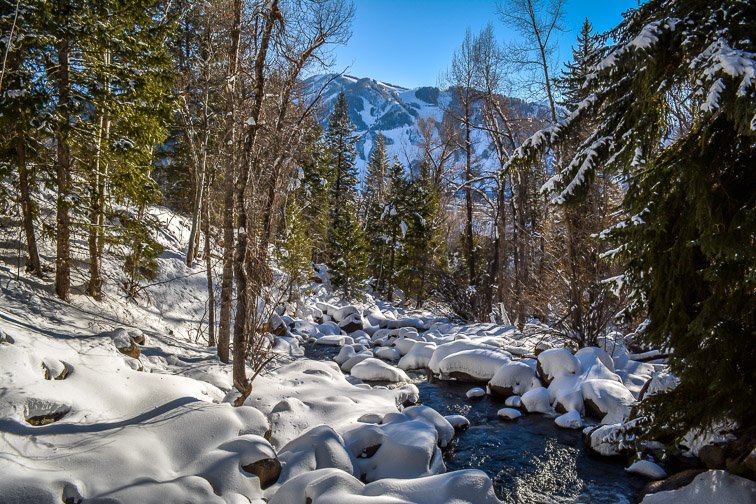 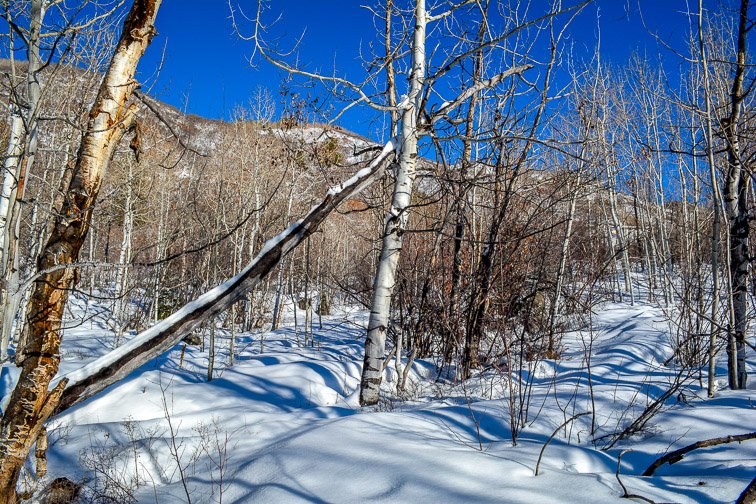 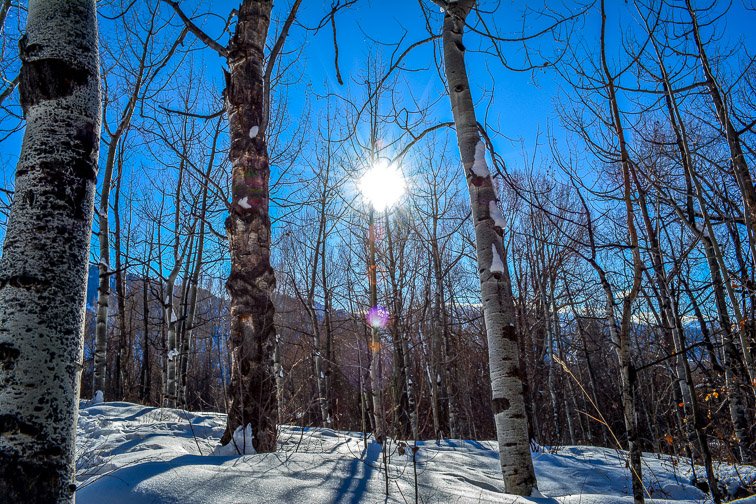 By the end of it all, I had spent a grand total of about 5 hours outside.  My legs throbbing from the intense workout, I felt more rejuvenated than I had in weeks.  The combination of clean Colorado mountain air, uncorrupted wilderness and delightful scenery really put me back on par with where one should be in life.

All in all, it was a day well spent snowshoeing in the great outdoors. 🙂

Have you ever spent time discovering the outdoors in the winter?