It’s no surprise to us that different countries eat different and bizarre foods.  Let’s take a look at the most delicious of the odd insects that you may or may not have heard from.

Either way, if you get lost in the woods and don’t have anything to eat, try these guys out for size!

Found in the countryside of Cambodia in Southeast Asia, fried spiders are a delicacy that locals and tourist alike eat.  Bred underground in villages just outside of the main capital or forged for in the woodlands, locals will take this creepy crawler and deep fry it in some oil.  Once it’s done cooking, you just throw a small amount of your favorite seasoning on it, and voila; you’ve got a delicious snack to munch on while you’re backpacking around town.

After asking around, believe it or not, most of the people who have tried this bizarre food says it actually resembles crunchy crab meat so the next time your in the mood for crab legs, look under your bed or in the closet and fry up that spider that has been lurking around. 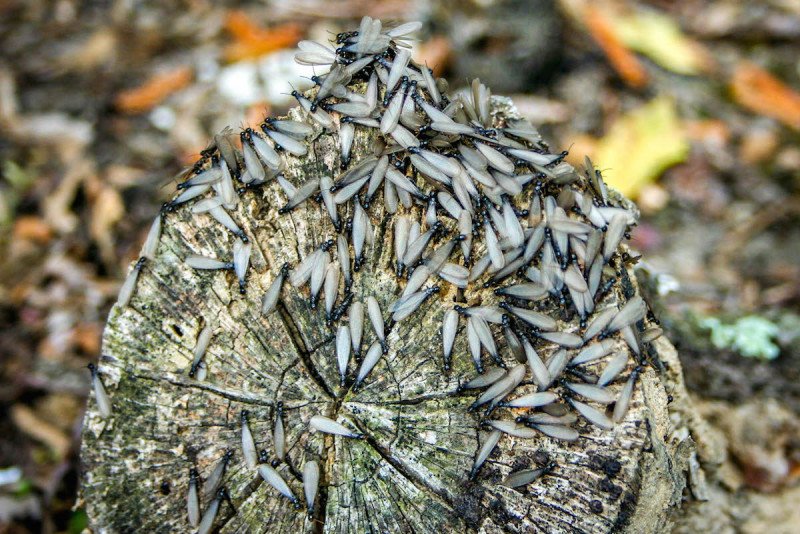 Eaten in some regions of Africa and in general all over the globe, termites have been prepared cooked or raw.  While hiking through the backcountry, if you can find a termite nest, crack that beast open and start collecting the by the handful.

Many local tribes in Africa have been known to take termites and cook them over an open flame, in a sauteed fashion.  They make a great afternoon snack and have a nutty flavor once fried. 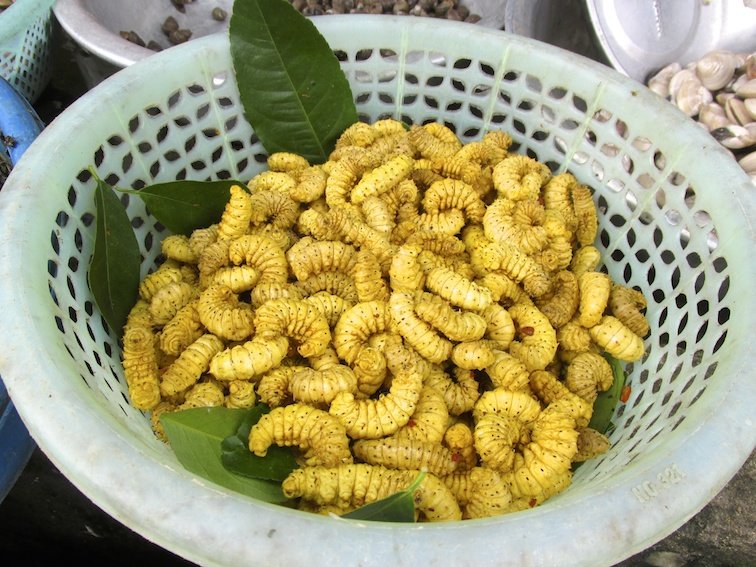 Do you enjoy chomping down on a big juicy worm and letting the juice just explode in your mouth, releasing a wide variety of flavors?  Try some fried agave worms!  Eaten in a wide variety of countries in South America, Central American, and even canned in Mexico to sell on the market, these plump critters have been said to taste something like sunflower seeds.  So the next time you are in this region, try getting a plate full of these guys.

Although scorpions are poisonous, if they are fried in hot oil or stir-fried in a frying pan, the poison is rendered harmless, thus turning into extra protein.  The next time you visit China, walk into your local restaurant or market and see if they have some on the menu.

Resembling a raw shrimp-like flavor, after deep frying it, cover it in chocolate and you’ll have a tasty treat.  You can also eat scorpions raw just remember to remove the poison sack and stinger otherwise you may be finding yourself rushing to the nearest hospital.

Okay, so not all ants are edible.  However, if you take an adventure into the arid and semi-arid environments of Australia, many natives and Aborigines have regarded the honeypot ant as a rare delicacy.

These amazing little insects resemble the honey bee in that they produce “honey” but are unique in that they actually carry the honey-like substance in their abdomen which can grow to the size of a grape!  Get in on this gooey, honey-like sweetness the next time you’re in this region!

Ever have chocolate chip cookies?  Next time try scattering a bit of cricket over the area the same way you would with the chocolate chips!  Crickets are eaten worldwide and in many different cultures.  Prepared in a variety of different ways, you can try stir-frying them, roasting, baking, or if you’re out in the wild, remove the entrails and roast them over a fire.

These crunchy insects have been said to resemble the flavor of roasted nuts and if tossed and fried in pandan leaves can resemble a popcorn flavor.  I tried them while I was traveling through Southeast Asia and can vouch that they make quite the delicious bar snack.  But, if you don’t want them with your beer, you can be sure there are great may ways to prepare these little guys!

Have you ever eaten an insect?