How to Survive When You’re Stuck with No Money Abroad 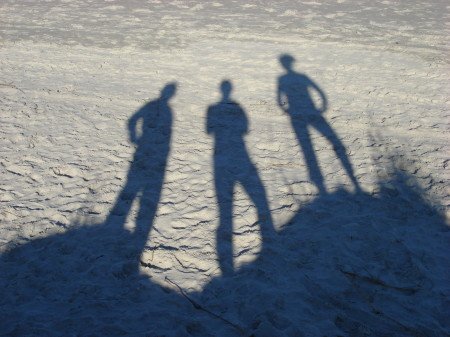 Stuck abroad with no money?  It’s not a lot of fun to be broke while traveling is it? But don’t worry, you’ll make it through these hard time and survive!

During a previous trip, one leading me through beautiful Tibet, Mt. Everest and down through the Kalin Gandaki River in Nepal, I had the all too uncomfortable pleasure of learning what it was like to be abroad with absolutely no money due to identity theft.

I had to cancel my card, ended up losing my backups & spent my very last dollar until eventually, I came to rely on the kindness of others to help me get by.

I learned even more so than before that traveling abroad is an exciting experience and a great way to learn about the world, but part of what makes it so interesting is the unpredictable challenges it can present.

While it’s important to be able to think on your feet, solving some problems requires specific knowledge.  Understanding what to do if things go wrong means it’s much easier to set worries aside and focus on the thrill of exploring new places.  So here are my tips on what to do if you become stuck abroad with no money!

Stuck abroad and running out of money

Running out of money can happen for many different reasons.  Sometimes local prices are simply a lot higher than anticipated, making it difficult to meet day-to-day costs with the budget originally planned.  Sometimes bank cards just stop working.

Sometimes, sadly like what happened to me, pickpockets or robbers make off with everything of value and sometimes people simply make mistakes, get carried away with having fun, and sober up a few days later to realize they’re not sure where the next day’s food is coming from.  However it happens, being alone and penniless far away from home can be a scary situation to find yourself in.  The important thing is to realize that there are solutions. 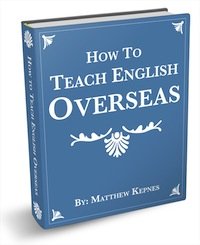 No matter how foreign a place may seem, it can present opportunities for people who find themselves in trouble.  It’s often not necessary to speak the local language in order to get casual work.  Short time gigs such as dish washing, bartending or serving can provide a small amount of immediate cash needed to get by; even without a work permit.  You could also perform in the streets like they do in New York City or Los Angeles by simply living off the tips.

Another very popular method to earn some extra money when times are tough is to teach English.  It’s easier than you thing to get a job doing this.  Simply walk up to a school, present yourself to the front desk and inquire about possible teaching English as foreign language opportunities that are available.

In places like China or Vietnam, the going hourly rate is anywhere between $15-$25 USD per hour!  Just keep in mind that, even though you’re working overseas, you’ll still have to claim this income on your taxes as money earned for the year.

Food/Housing in Exchange for Work

Many campsites and some hostels are willing to provide accommodation/food in exchange for your hard work.  Also, if travel has already been paid for with an Interrail card or similar, sleeping on trains is a good option as it cuts down the cost of housing and replaces it with transportation; something you’ll need anyways to get to your next stop.  If it’s simply a matter of a card having ceased to work, it’s worth discussing it with a hotel, which may be able to contact that card company and, if there is still money available in the account, sort something out.

The availability of food varies by location but if you’re stuck in a major city, try becoming a part-time hobo and scavenge for your meals.  It’s a last resort, but where there are supermarkets it is often possible to find good food among what is thrown out at the end of the day.  In cities, there are often soup kitchens.  Even in very poor countries, it is sometimes possible to get food at markets by waiting until the end of the trading day, asking for fruit and vegetables that won’t last until the next day, and eating the good bits.

If none of the previous methods work out, you may have to let down your pride and ask about getting money from friends and family back home.  It is often the best option if work cannot be found or if, for instance, a flight back still needs to be paid for.  Companies like Western Union or MoneyGram can help with this, so it’s a good idea to make sure those back home learn to send money securely online before the journey begins.

Alongside with having money transferred from home, if things get really bad there’s the option of asking the local Embassy for help.  It’s their job to look after their nationals abroad and they can usually loan money to cover the costs of getting back home.

Have you ever been stuck abroad with no money?