Top Destinations to Explore off the Mediterranean Sea 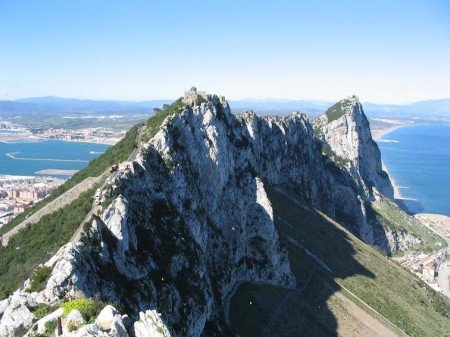 The Mediterranean Sea has always been HUGE on my travel bucket list.

Between the vibrant cities, broad cultures, vibrant outdoors and, of course, stunning crystal clear waters hovering up to the numerous hidden beaches why wouldn’t it be.

It’s a place of pure wonder and delightful adventure.

But the question remains: with so many places to see and things to do, where do you start and how do you get there?  You could book a flight to Crete or even sail from the coast of Endelave, Denmark.

Heck, if you’re so inclined you could even hitch-hike all the way from the United Kingdom, across the English Channel and down through France to arrive at your destination; after all, it is the journey that counts right..?

So, once you figure out your way of passage, take a look at these Top Destinations you must explore just off the coast of the Mediterranean Sea: all broken down by the travel bloggers who have been there themselves!

Taormina is one of those places you have dreams about before you visit it, and many years after. From the very first moment we got off the car after a 40-min curvy mountain ride we forgot about our motion sickness and were taken away by all the town’s beauty. 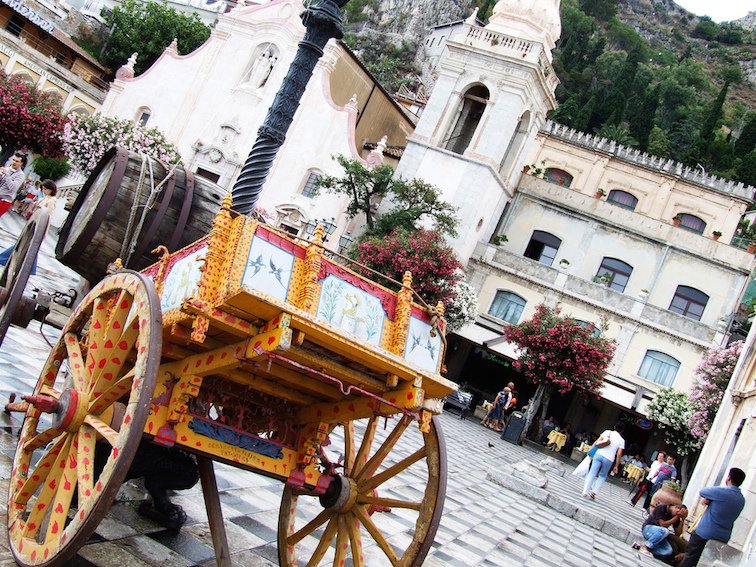 Traditional Italian narrow paved streets, colorful balconies full of flowers, small but cozy main square full of amazed-like-you-are tourists making countless selfies and a view…Oh, what a view it was! We saw the mountains, we saw the roads, we saw the beaches and the sea. If you ever wanted to know what Sicilian birds see and feel levitating high above – Taormina is for you. Illia blogs at the CrazzzyTravel.com. 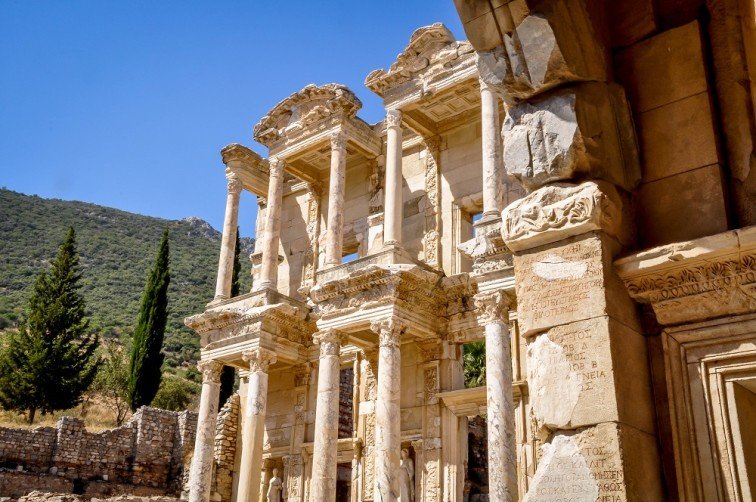 The Greco-Roman ruins at Ephesus are a wonder to behold!  Located just 20 minutes from the port of Kusadasi, Turkey, Ephesus is one of the original cities of the Ionian League.  Once home to the Temple of Artemis (one of the Seven Wonders of the Ancient World), today, visitors flock to see the Library of Celsus. 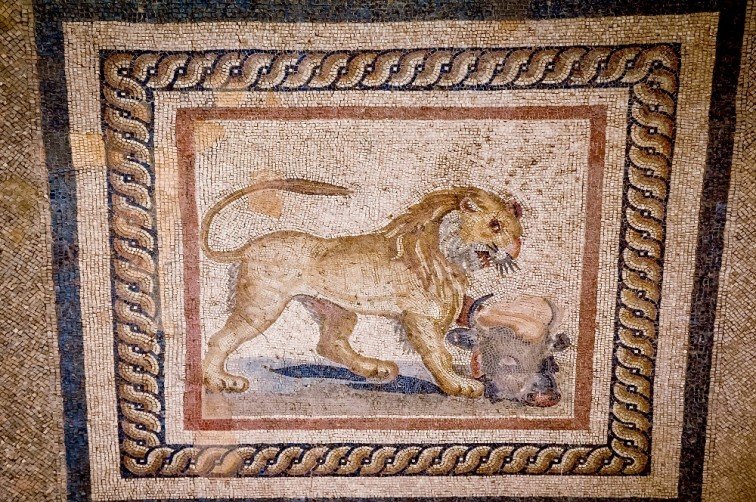 While an earthquake destroyed the library in 262 AD, the massive two-story facade is one of the most photographed ruins in the world today.  Beyond the Library of Celsus, there are a number of other intriguing buildings within the Ephesus complex, including one of the largest amphitheaters in the world.  For lovers of antiquity, Ephesus is a must visit! Lance Longwell blogs at TravelAddicts.net. 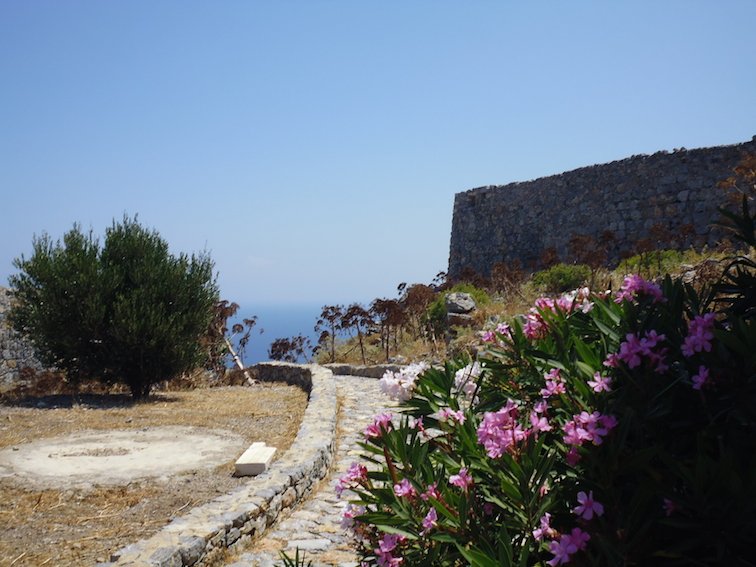 Leros is an island located in the Dodecanese chain of islands of Greece, in the Mediterranean.  Blessed with a hilltop fort, cobbled streets, architecture dating back from the Italian invasion (think mansions) and traditional windmills galore, Leros is not just a beach destination. 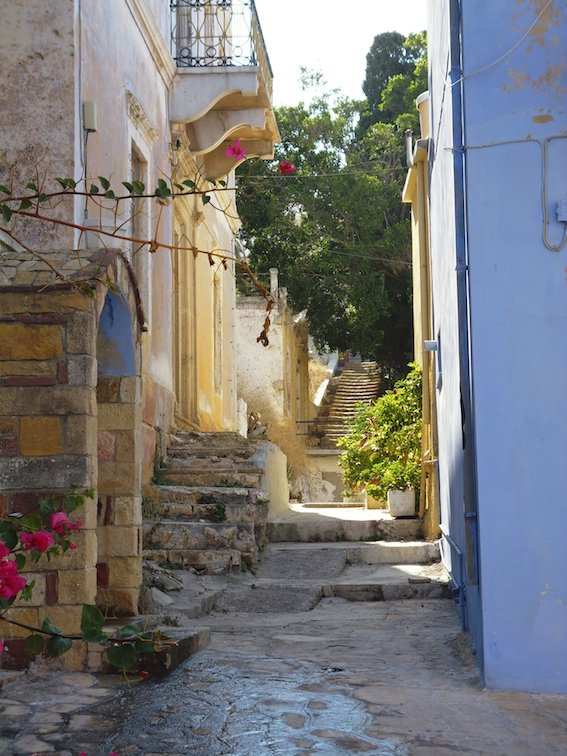 Be sure to go and live the real traditional Greek life for a while. Rebecca Hall (Bex) blogs at LifeBeyondBorders. 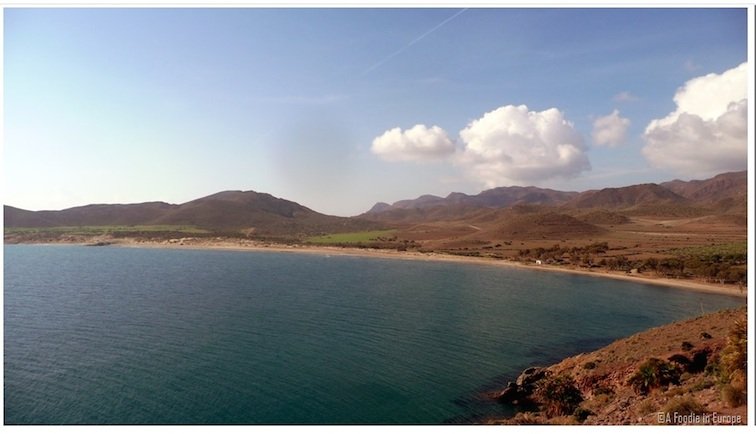 Never heard of it? Most people haven’t but if you are looking for some of the most amazin beaches and best food on the Mediterranean Sea then this is your place! The town is located about halfway between Malaga and Alicante and is the perfect destination if you want a beautiful natural beach (AKA not surrounded by buildings) all to yourself! 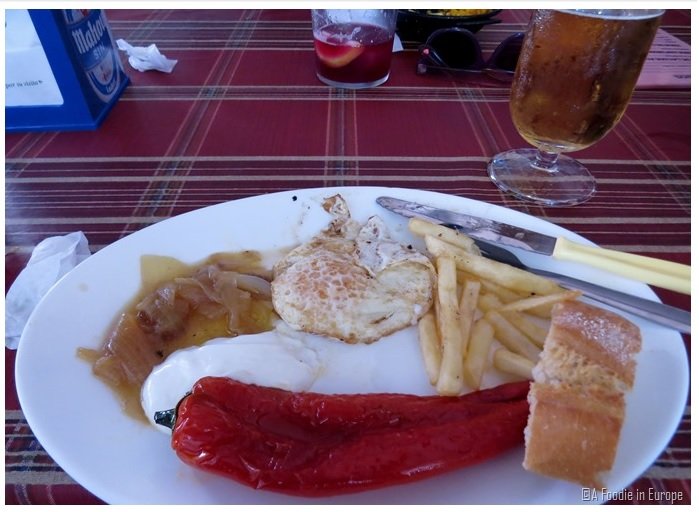 It is also incredibly easy to eat and drink cheaply and deliciously in Almeria. Here the tapas come free with your drink! And they are not just a tiny plate of olives….I’m talking whole fish with chips, salad and a beer for 2,50 euros! Simply perfect. Allison blogs at AFoodieinEurope.blogspot.com. 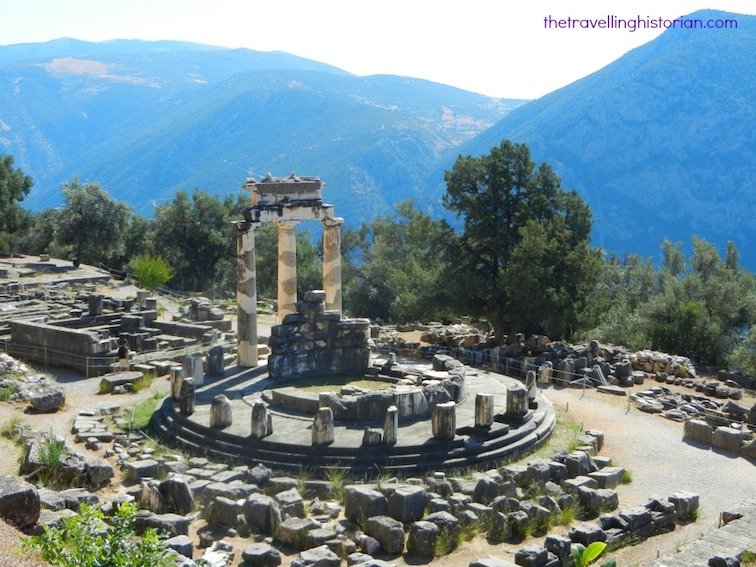 Delphi, an UNESCO World Heritage site, is located on the side of Mount Parnassus in Greece. It was a religious sanctuary, home to the Oracle of Delphi which was dedicated to Apollo. It  gave guidance to the city-states and its citizens. People would come form all over the ancient world to ask the Oracle for advice. 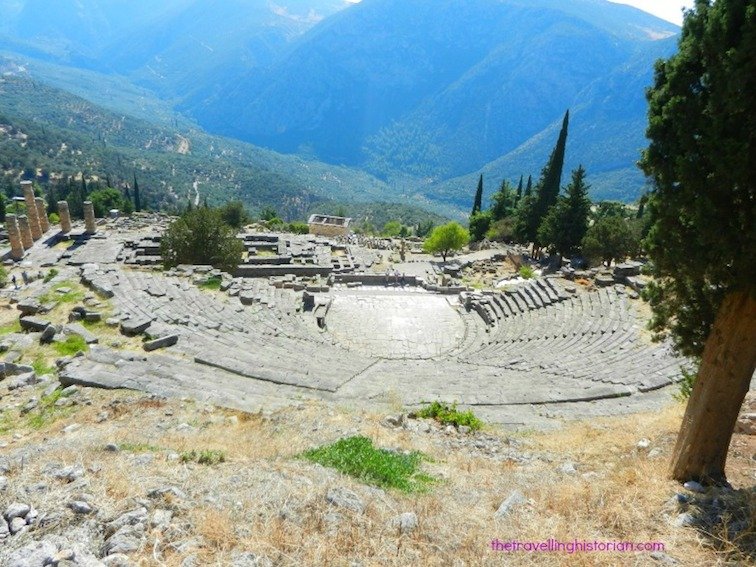 It was originally a centre of female worship during the Mycenaean period before the cult of Apollo was established in the 8th century BC. Delphi also has a great archaeological museum which houses many of the items found at the sanctuary. The site of Delphi has many wonderful ruins including temples dedicated to Apollo and Athena, a theater and stadium where the Pythian Games were once held. A trip to Greece is not complete until you visit Delphi. Marsha (aka The Travelling Historian) blogs at TheTravellingHistorian.com. 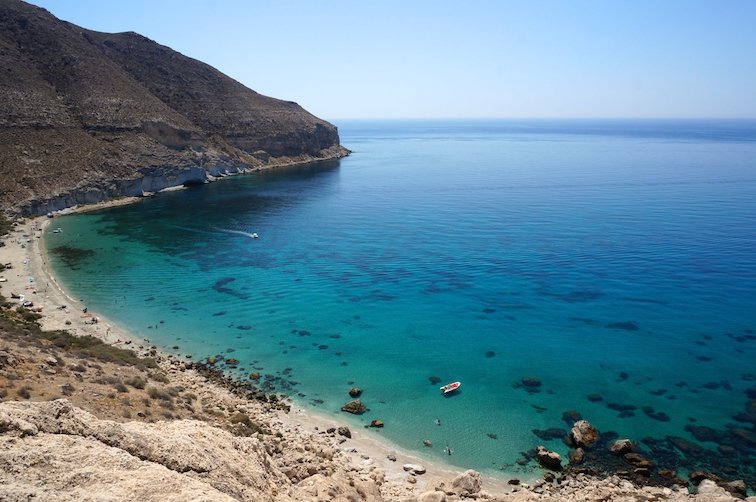 We had never seen water so beautiful and clear as we had in Cabo de Gata. The mountainous desert landscape here draws a vast contrast to the unspoiled Spanish beaches. Sheer cliffs provided secluded coves to hide in or explore. Sunbathers unabashedly tan in the nude. 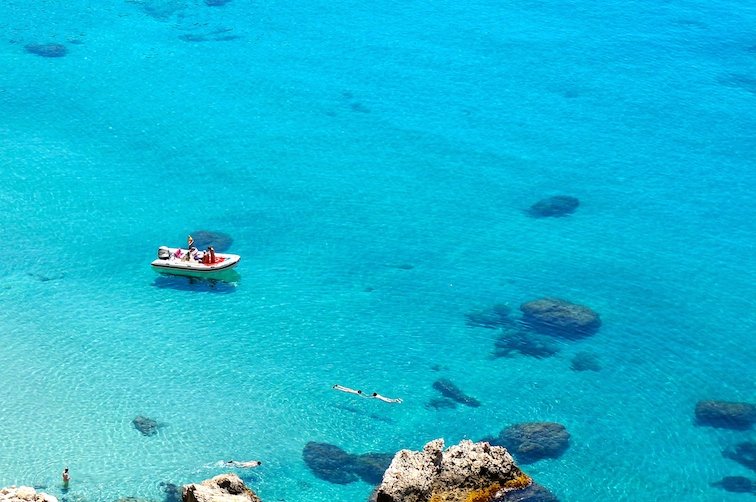 The ocean life is not only alive but thriving, providing remarkable snorkeling opportunities with fantastic visibility. Perhaps best of all, its void of the tourist hordes that swarm many of the other great beaches along the Mediterranean. It is for all these reasons that the pristine Cabo de Gata, Spain is our favorite Med destination. Shh… just don’t let everyone else in on our little secret paradise! John Widmer blogs at RoamingAroundtheWorld.com. 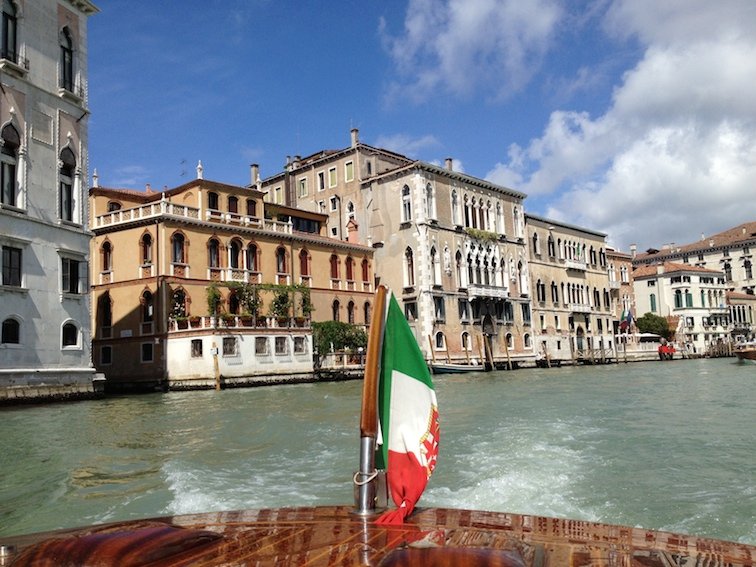 Yes, Venice is overridden with tourists. Yes, you are less likely to hear passersby speaking Italian than speaking English, Japanese, or German. Yes, you are more likely to see other tourists taking pictures than to see Venetians on its twisty streets. 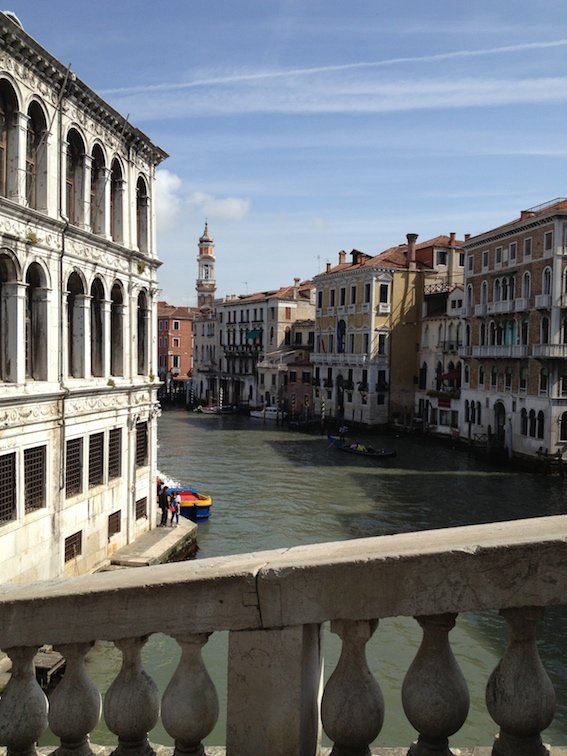 But no other place looks like Venice. It is a visual feast, lit by sumptuous Mediterranean light. 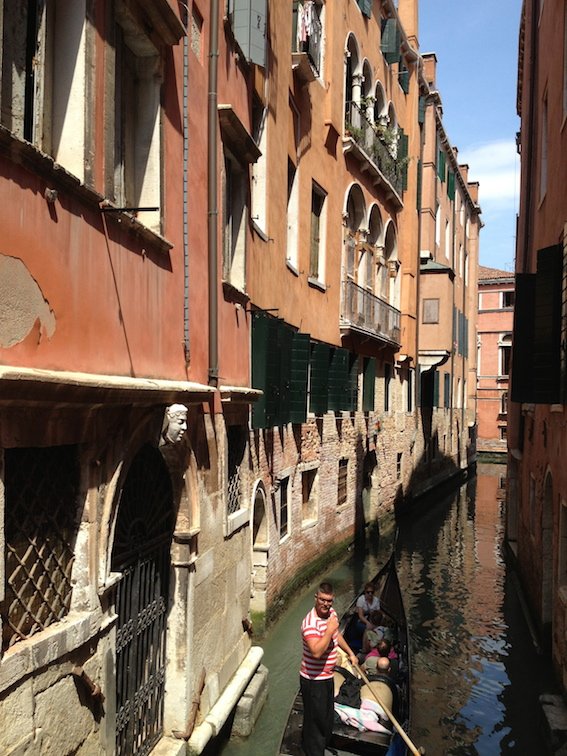 Each time you turn your head, expect to see a postcard-worthy composition of the canal, bridge, boat, and gorgeous architecture influenced by both European and eastern traditions. Even if you have to look past the tourist standing next to you, the city’s views are good for your soul. And unlike the U.S., there is no car noise. Instead, the background music of Venice is the light splashing of water against its 15th, 16th and 17th-century homes. The Very Hungry Traveller blogs on TravelingMom.com. 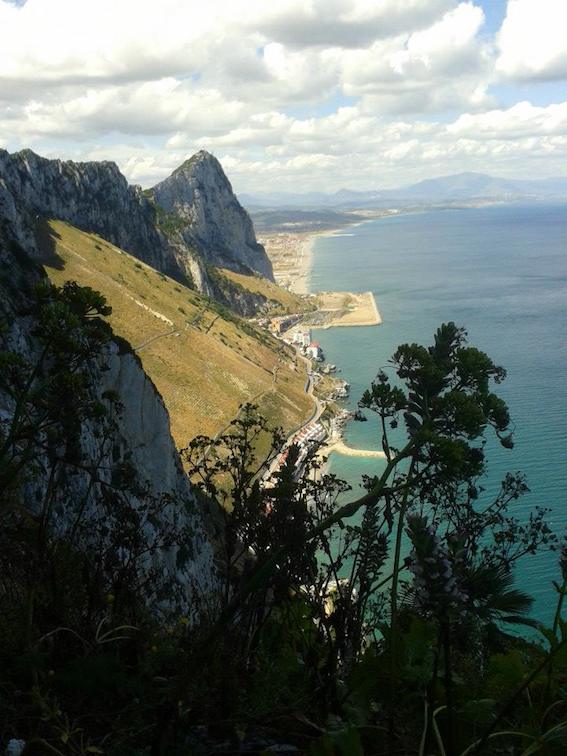 Gibraltar is a unique destination, it is strategically located at the entrance of the Mediterranean, making Gibraltar a commanding and important presence throughout military history. It is home to a vast array of wildlife and together with its climate and unique geographical features, its become a favorite destination for holidaymakers over the years. 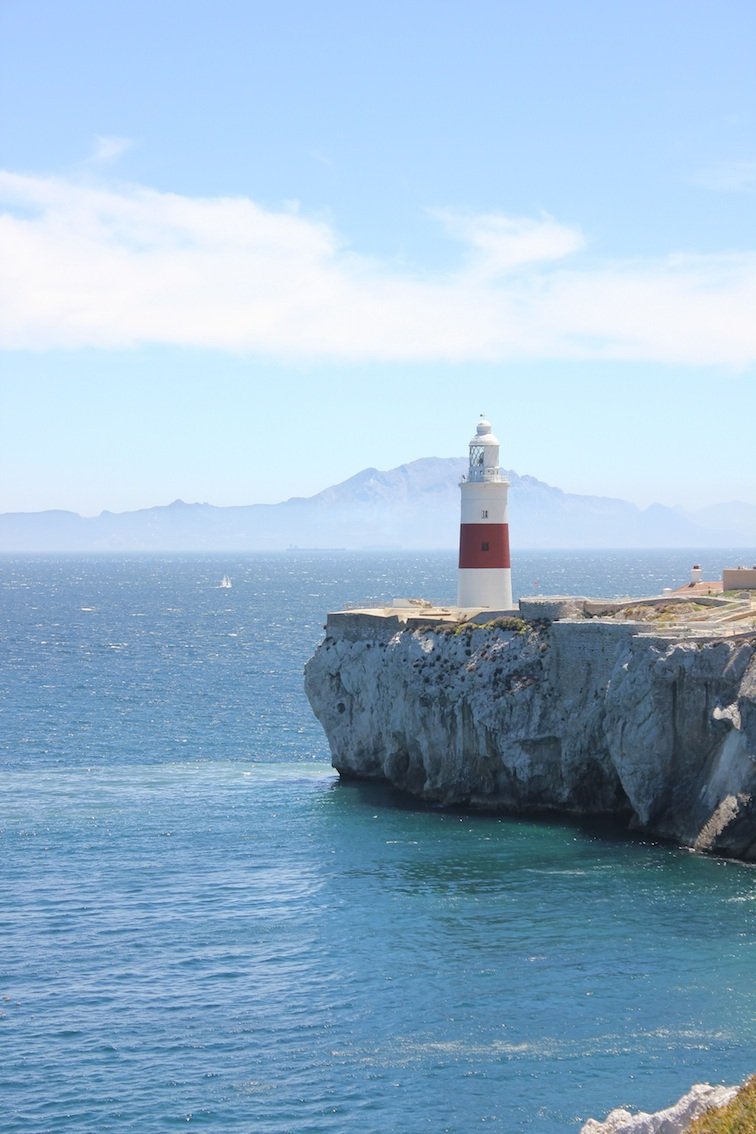 More commonly known as The Rock of Gibraltar, it stands 1,400 feet above sea level and taking a trip to the summit means you will be able to visit the native Barbary Apes roaming freely in their habitat, as well as taking in the most breathtaking views of the Straits into Spain and Morocco. Shereen blogs at the TravellingPostcard.com. 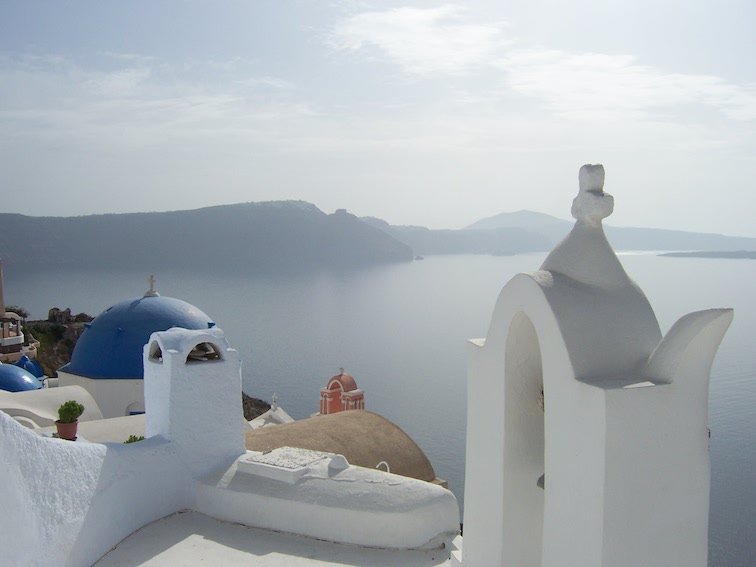 Take the cable car up the cliffs of Santorini and you’ll find yourself in the quaint, beautiful, cobblestone-line streets of the town of Oia. It’s just as you pictured – white-washed buildings silhouetted against the blues of the Mediterranean Sea, roofs pained in vibrant blues and yellows and reds. This, this is Greek living at its finest. Susan blogs on the Travlingirl.com. 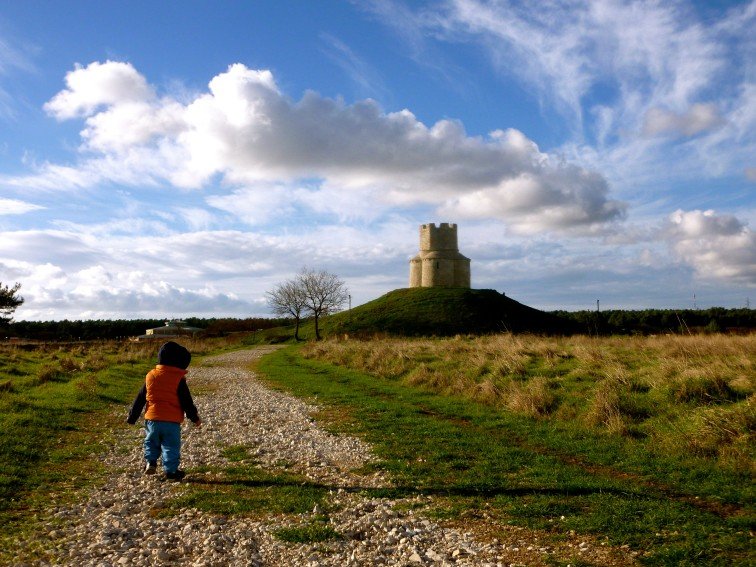 Visit Croatia’s small little towns dotted around the country. You don’t have to wander far from many of the bigger cities like Split, Dubrovnik or Zagreb to find yourself in a small town of a few thousand or just a hundred people. It’s here in these smaller towns or villages that you’ll get a real sense of the country.

With roadside stalls selling the latest home-grown fruit or vegetables. Ladies making and selling the most intricate and delightful pieces of lace and men sitting in the cafe bars playing cards.

Small villages in Croatia are where you’ll also find ancient sites.  If you’re in Zadar, I recommend you make a half-day trip by car or bus to Nin.  Once the former capital of Croatia, Nin has Roman ruins and modern houses blending as one. SJ Begonja blogs at ChasingtheDonkey.com.

What destinations do you think are a must see off the Mediterranean Sea?