Top 4 Things to Do in Madrid on a Budget 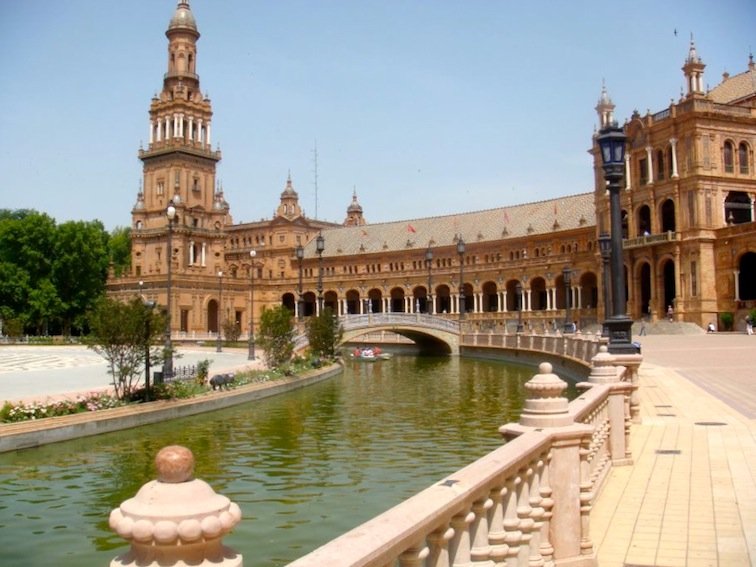 The city of Madrid is known far and wide for many things to do on a budget.  It’s the geographical center for taking trains & bus routes to many popular cities such as Sevilla and is well known for a wide variety of popular landmarks.

Its breathtaking museums host architectural wonders like no other, tapas bars that serve world class cuisine and popular activities you can do while sightseeing can pretty much guarantee you to have an enjoyable trip.

But what about the specifics?  If you were to fly into Madrid tomorrow, where would you go?  What would you see?  What would you eat? The list may be endless but there are a few given things that you must do as well as a few places you must go.

Things to do in Madrid

Check out the Museums

Just like the museums in New York City, Madrid has many fantastic museums.  The city’s three main art museums are the Prado Museum, the Reina Sofia Museum, and the Thyssen Bornemisza Museum.  The three buildings form what’s called the Golden Triangle of Museums.  Located near the city center, nearby visitors will find the Atocha main train station that connects the city to other cities and the Retiro Park.  The best part is that if you visit these three locations and still haven’t had enough, you can visit many of the cities other museums, including a Costume Museum, a Naval Museum, and several large science museums.

Take a walk in the Parks

I would say that the Retiro Park is one of Madrid’s most popular parks.  Spanning nearly 350 acres, it’s located near the Atocha train station at the edge of the city center (next to the chic Goya area) and has many garden paths lined with breathtaking statues.  If you go through the area, you can enjoy a stroll around these ancient royal gardens filled with fountains and a rich, sweet scent of the flora.  The park’s pond is one of its biggest attractions; you can rent a paddle boat and explore the area just like in New York Cities Central Park…just don’t forget to check out the waterfalls! 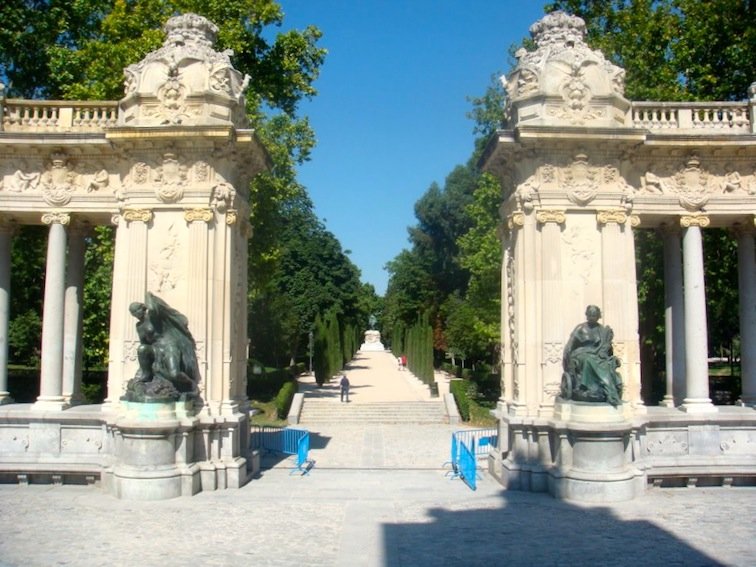 Take a Walk in a Picturesque Garden.

For those interested in a more active holiday, the Casa de Campo park is another option. The park is an ancient hunting estate that has a lake, many bike paths, and several picnic areas.  The city’s main theme park, the Parque de Atracciones is located here as well as the aquarium and zoo.

Another park for active travelers is Madrid Rio.  This park was built on the banks of the Manzanares River and has views towards the Royal Palace where you can ride bikes by on a self-guided scenic tour for miles!

Indulge Yourself on Tapas

Food is a factor to take into account when planning a holiday to any city.  Another way to explore this city via its nightlife is by enjoying a tapas crawl.  Tapas are appetizers made from local ingredients that are usually served with a caña (or craft) beer.

Most of the city’s bars offer tapas, which can range from olives and fries to a selection of local cheeses and cured ham.  Raciones are a large version of tapas, designed to be shared.  Traditional raciones include huevos rotos eggs with fries and ham, patatas bravas served with ali oli and spicy sauce and tortilla de patata, a potato omelet.  Typical tapas include croquetas croquettes and portions of gazpacho.

The city center is located near the Plaza de Sol area.  The city’s symbol, a statue of a bear standing against a giant Madrono tree, can be found on this square, next to the Town Hall.  The Plaza Mayor is another main plaza, this one known for its Terrazas and stalls selling handmade products from the locals.

A short walk away from the plazas leads to the Royal Palace.  The palace, which has more than two thousand rooms, is decorated with antique furniture, art, and statues. Visitors can tour fifty of the palace’s rooms, including the Throne Hall, several rooms that belonged to the guards and some of the ancient royal apartments.

If you get your fill in inside the palace, then step outside where you can find the Sabatini Gardens.  These ancient gardens used to be the stable area but are now a set of paths lines with flora & fauna.  The Almudena Cathedral is located on the other side of the palace and is the city’s main cathedral, dedicated to Santa María de la Almudena, the Patron Saint of the city.

A walk around the city center leads to Plaza de España, a popular meeting spot decorated with a fountain with statues of Don Quixote and Sancho Panza.  This square is located near the Debod Temple, an authentic ancient Egyptian temple.  The park grounds near the temple are famous for their sunsets.

There are many things to see and do in the Madrid area for people of all walks of life.  Whether it be touring museums, taking a stroll through a garden or even indulging yourself in the nightlife with a tapa crawl, you are sure to have a great time!

What would you recommend to put on the list of things to do in Madrid?