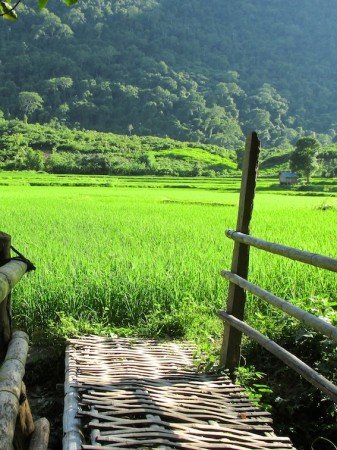 After my crazy experience crossing the border from Chiang Mai to Laos, it was only a wonder why I stepped foot back on these wooden boats cruising up the river.  I mean I was prepared for many things on this trip but witnessing a woman give birth during my slow boat river cruise…that was the last thing I thought I would ever come across in SouthEast Asia.

But nevertheless, even after the full frontal experience, I figured it was time to take another chance (after all I do love taking chances) and see what would come of this short boat ride up to the small village of Mong Ngoi.

Being dropped off by the bus driver, I made my way to the ticket office that was little more than a small wooden box with a door and ticket window.

After paying the boat fee, I made my way down to the landing dock with the rest of the group where we gave the boat captain our bags, boarded the boat and began the trip upriver.

The scenery was some of the best I’ve seen to date in Laos.  The stunning mountainous backdrop, orange water and lack of any unnatural establishment brought a smile to my face.  After going through major cities like Bangkok and even Luang Prabang, I was more than ready to escape to the backcountry where things made more sense.  The life here seemed more relaxed and operated at a totally different pace which was fine with me. 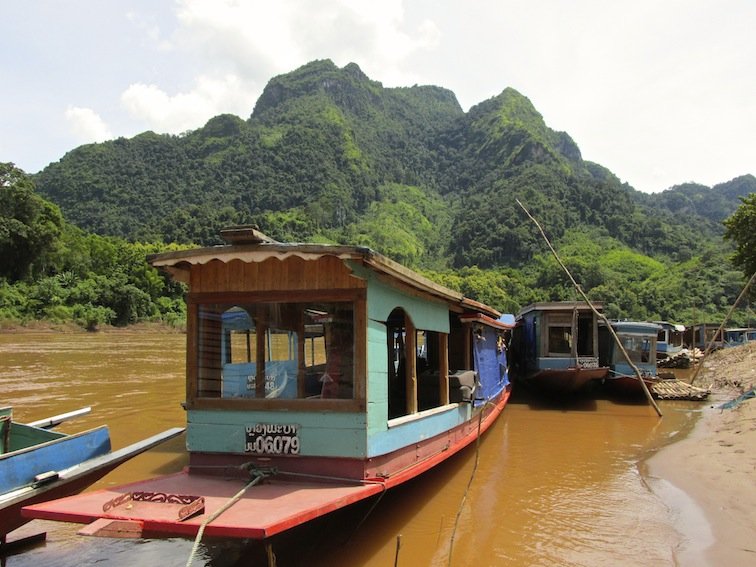 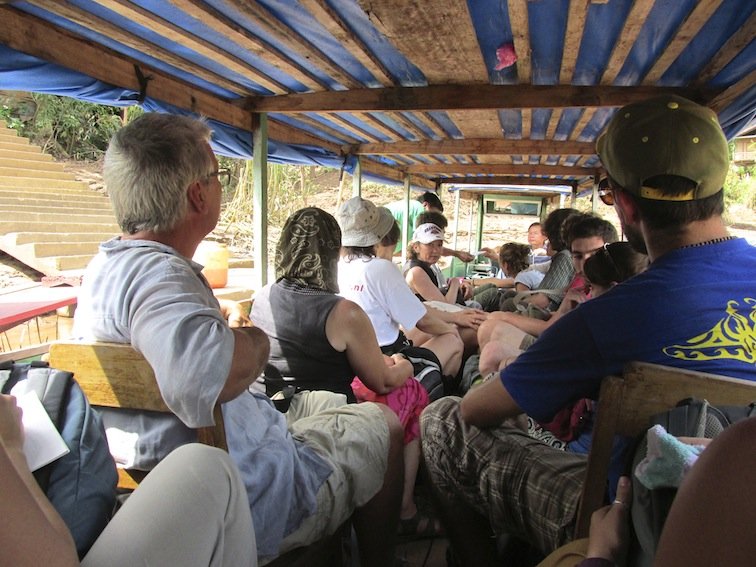 And now, sitting on my small wooden bench that was simply placed on the floor of this boat, I felt happier just knowing that I was escaping the rat race to a more laid back village.

“It’s the simple things in life that matter. Remember that.”

As the boat sliced its way through the oncoming water, the engine screamed a deep roar in disapproval.  It was quite loud and I could only wonder how much wear and tear goes on these motors and whether or not the owners take care of them properly. 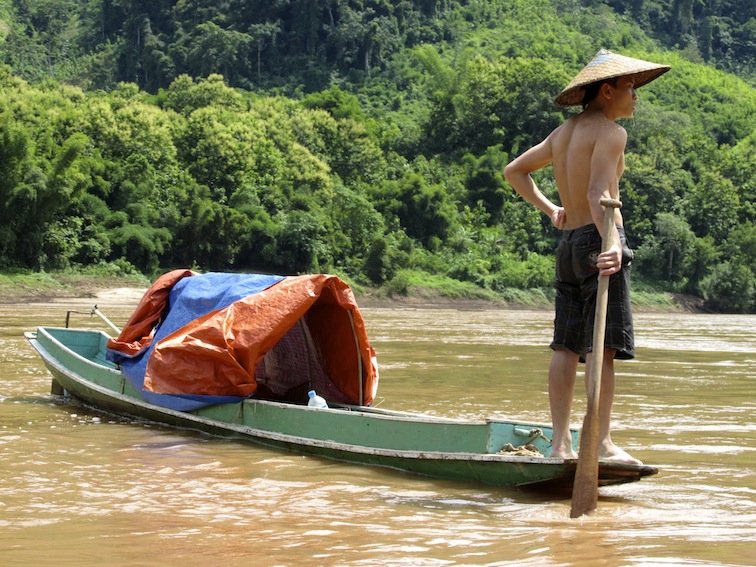 Then, as if to come and answer my question, the motor died where we then caught ourselves slowing down and begin to float backwards with the current.  The captain didn’t seem to think much of it as he clambered through the group and to the engine “compartment”.  With the sound of a few dings and something tearing, he started it right back up and we were on our way.

For the duration of the boat ride we passed by many locals working the river with their fishing nets.  Water buffalo dipped lazily into the water to cool themselves from the tropical heat and alongside them children from a nearby village played in the around wearing little more than loin cloths and some no cloths at all. 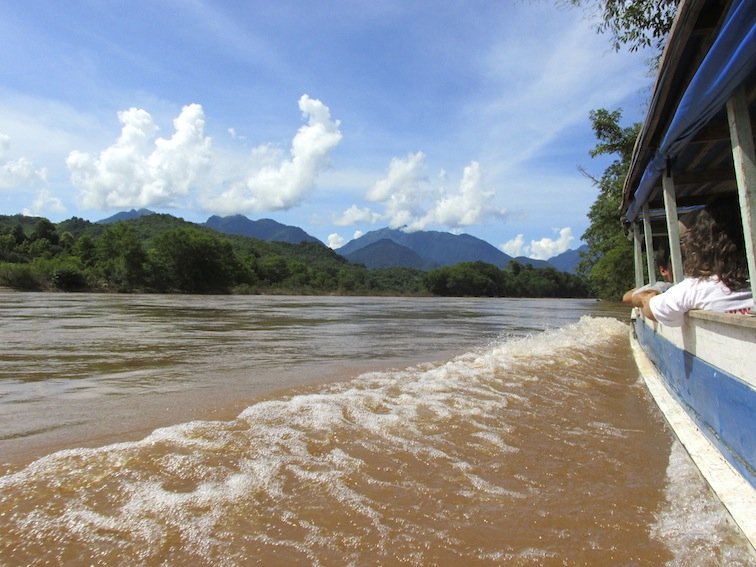 Once the hour passed by, we arrived to the small village town of Mong Ngoi that was only accessible by river.  The road running through the center was a very large worn dirt path and alongside this was a few small restaurants and shops that had popped up for the tourists coming through.

In short, it was a lovely place to escape to if you were still wanting a few western choices but with a Northern Laos feel at a 3rd world country price.  Befriending this couple from Spain, we decided to split a two bed bungalow as it would have been cheaper for all of us.  After mentioning that they were only staying for the night, we decided to do a late afternoon trek into the village.

Walking briskly through the town and down the old road, we arrived to the main station about half an hour later where a young girl was sitting collecting donations for the village and its schools.

Giving her 10,000 kip each, we walked a short 20 yards more and arrived to a small creek that ran out of the cave.  At first it seemed rather small but as I pressed the flashlight app on my phone and ventured deeper into the cavern, the small path leading in expanded into a colossal room of magnificent cave structures and cave crickets with no other sound than that of our breathing, dropping footsteps and dripping water. 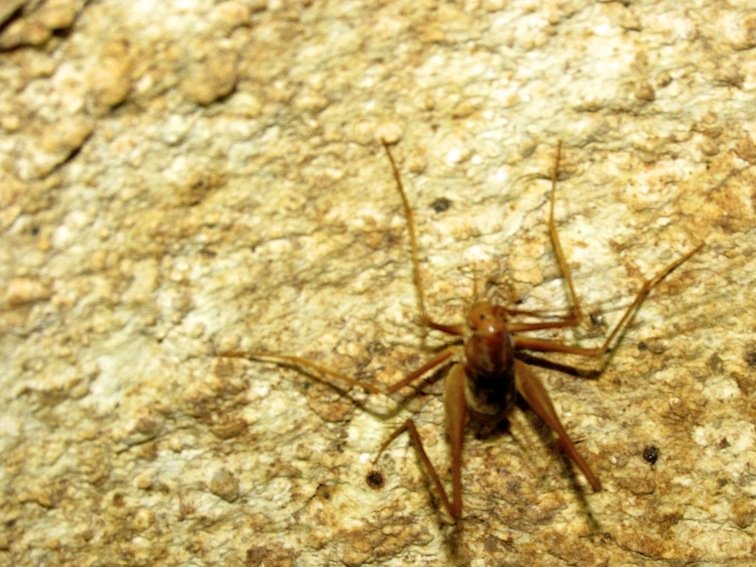 I spent a good 20 minutes exploring the cave.  The cooler weather alone was enough to convince me to look around.  There were signs where people have been there in the past.  You could even see some areas from the fires that were built by the natives of who ventured here to escape the war.

Not wanting to go any further as at that point the cave seemed to suffer from structural collapse, we made our way back to the shining sun and the sound of children playing in the river where we crossed and walked deeper into the backcountry. 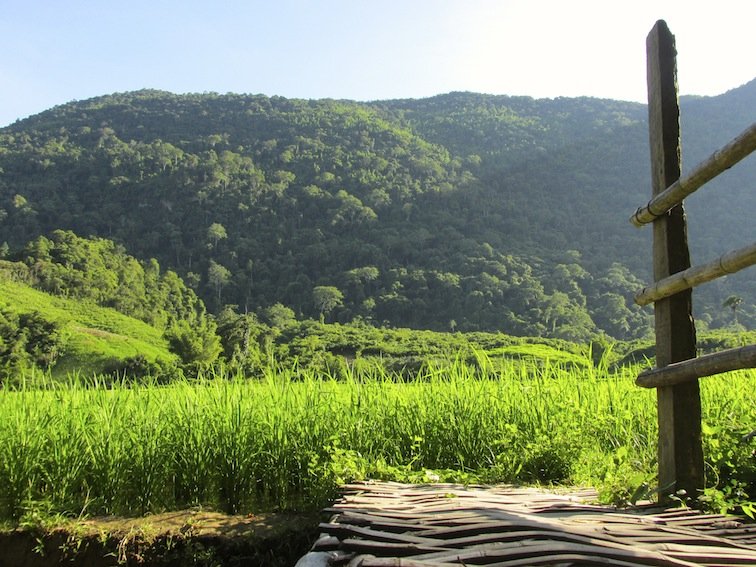 At this point, I came to terms with myself and agreed with the others that the rice fields were just glorious.  The angle of the sun hitting the tall grass gave it a rich green coloration that somehow screamed out how alive it was.

Even the local men, woman & children seemed quite content to be there.  They seemed to always be smiling as we approached them motioning if it was okay to take their pictures. 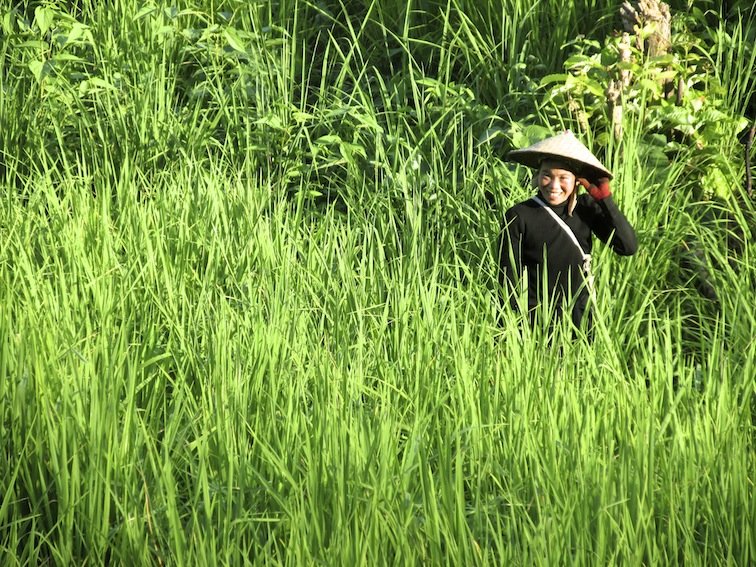 Despite the rough life they lived, it was quite obvious they were happy to see tourists come through.  I assumed that most of the money they collected from us was playing a big part in not only the maintenance but the development of the community as well.

About 2 hours after we left Mong Ngoi, we finally arrived at the closest village called Chantanohm Banna Village.  Welcoming us were 3 beautiful little girls who, more than willingly, accepted our donation of sweet crackers in exchange for a photo. 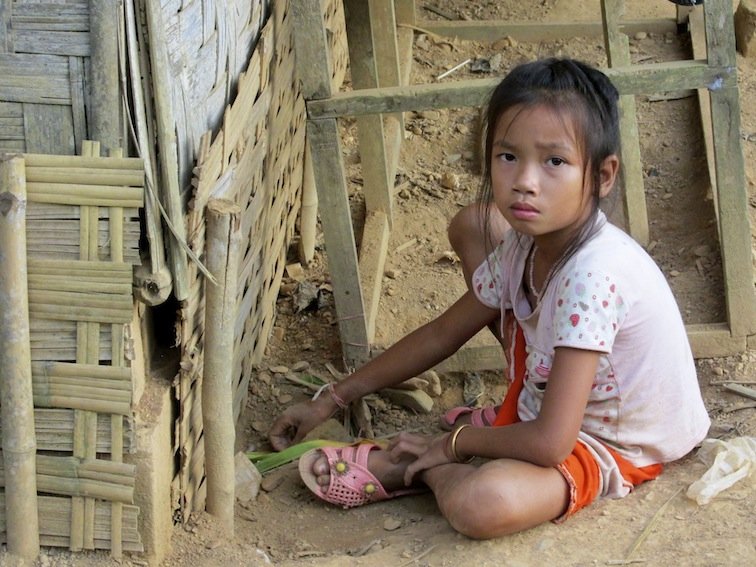 As it was later in the day they seemed a little surprised to see travelers come through the area but, needless to say, they were still very hospitable.  The children were busy cleaning up and getting ready for the evening meal while many of the adults finished up their daily tasks.

Even the animals knew the time as the chickens and ducks were guided into their pens while the cattle just sat on the ground.  The village life was coming to a sleepy end for the day so I figured that was our queue to start walking back to the bungalow. 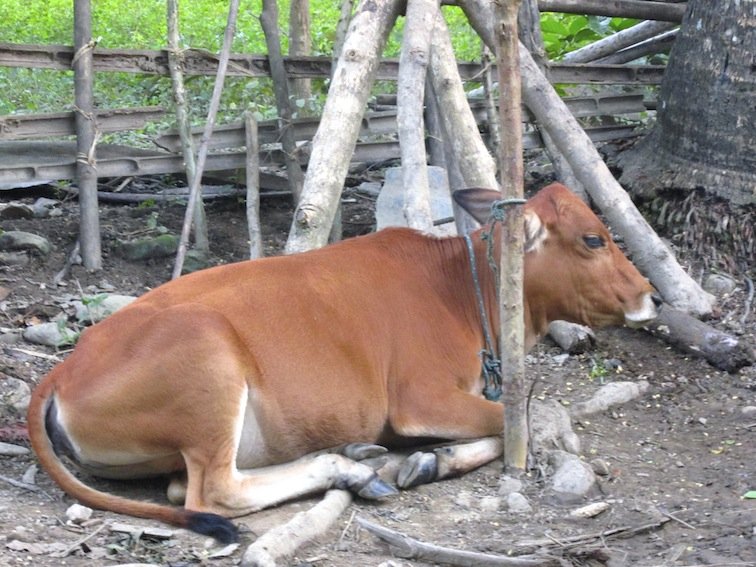 The darkness of the night sky seemed to have swept in quickly.  We caught ourselves walking back in the pure darkness and only the soft glow of the moon offered a torch for our guidance on the road.  When we got back we showered and ate a quick dinner at the local carry restaurant.

About half way through our meal I spotted a cat running across the ceiling and pointed it out to my fellow travelers from whom I met earlier on the boat.  At first, I thought it was quite adorable only to later see it again in the light and realize it was not a cat but this massive rat hopping from pillar to pillar. 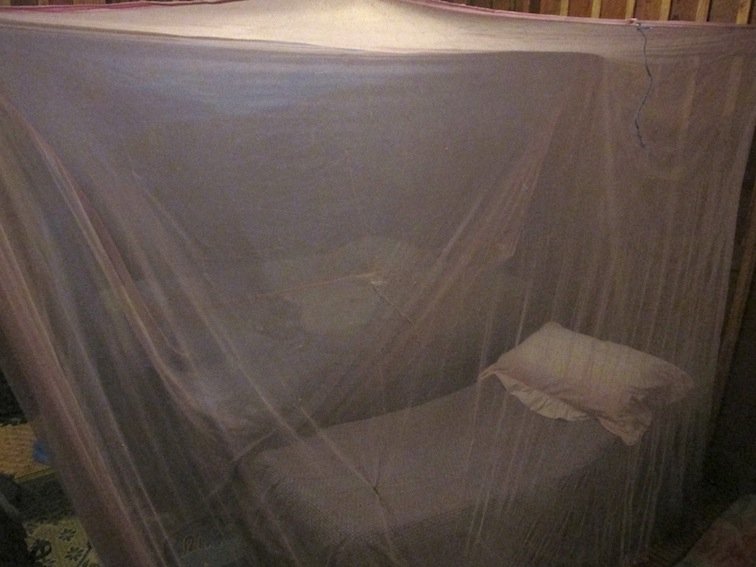 I could only imagine the other creatures we were going to meet that night.  Needless to say, I put up the mosquito net in a hurry and hopped inside before I was going to get eaten alive by any other creatures.

I kept having thoughts of the giant centipede we were warned of when I was going through fire training in preparation for my cruise ship job in Hawaii.  If one of these boogers bit you…well let’s just say you were in for a heap of pain over the span of several hours.

Trying to erase these thoughts from my mind, I killed the light and rested as the following day I planned on hiking much deeper into the countryside of Northern Laos.

What’s the most remote trip you’ve ever taken?