Trekking Off the Beaten Path: Vilcabamba to Machu Picchu 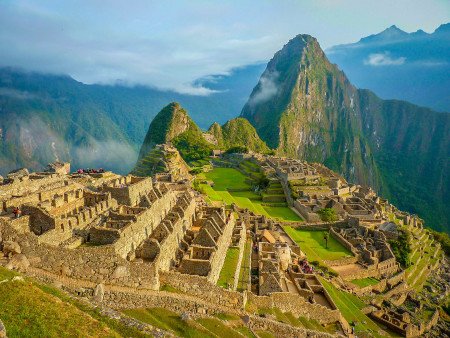 Most travelers worth their salt will eventually visit Machu Picchu – and for good reason – the ancient city is a truly incredible site.

The Classic Inca Trail to Machu Picchu is practically a right of passage for most travellers and is now one of the most trekked routes on the planet, let alone South America.

Although the Inca Trail is the most notable trek to Machu Picchu, there are other less-trodden routes to the citadel such as the ‘Laras’ or ‘Salkantay’ which do not require the expensive permits that are mandatory on the Inca Trail.

Sick of the hundreds of tourists plaguing the Inca Trail, last October I decided to try one of these off the beaten track routes for myself. I decided upon the ‘Vilcabamba’ trek as I was reliably informed that this was one of the most remote treks available to Machu Picchu.

The Vilcabamba trek has a 5-day itinerary and sets off from Huancacalle – 8 hours drive from Cusco.

Trekking Off the Beaten Path to Machu Picchu

Although well-travelled, arriving in at Cusco still hit me fairly hard. With an altitude of 3,400 meters, Cusco had me gulping air for a few hours and taking numerous Paracetamol to quell my headache from altitude sickness. Before leaving on my trek I stayed in Cusco for several days to acclimatize my body to the altitude and would definitely recommend anyone else to do the same.

The tour transport left Cusco at 4 am (yes, you read that right – AM!) on its 8-hour drive towards Huancacalle. Although a guided tour with porters and mules is not technically essential, unless you’re Bear Grylls, the reality is you’re going to get lost out there. There are no signposts and numerous routes crisscrossing everywhere through the mountains, not to mention the exhaustion of carrying your bags and equipment over 3 passes!

The drive took us down into the Sacred Valley and then up and over the Abra Malaga pass, giving us some great views of Mount Veronica. The long and windy journey left me thanking the heavens I wasn’t the motion sickness type! The well-known ‘Jungle’ route to Machu Picchu descends down the Abra Malaga pass and is the only section on any route to the city that can be done on a mountain bike – although, as our guide informed us, the track is both fast and dangerous! 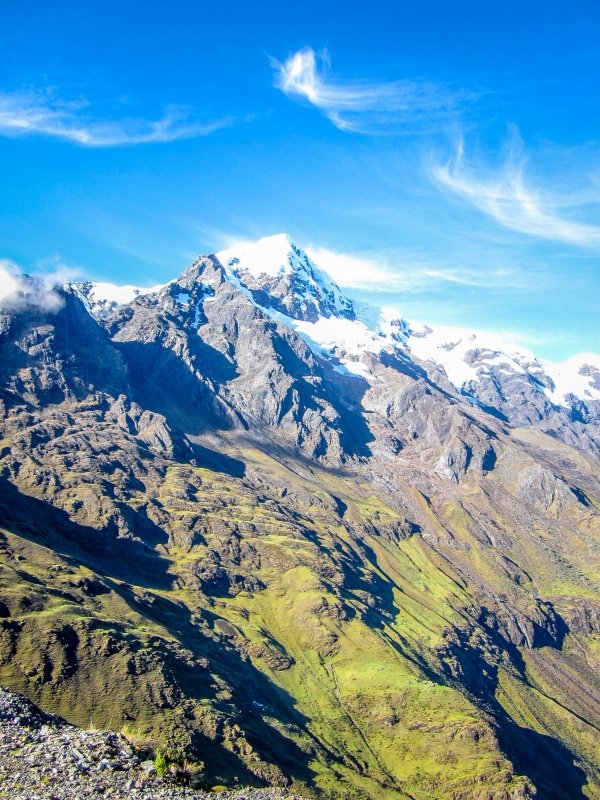 We arrived in Huancacalle early afternoon and were given the option to hike a couple of hours to see several lesser-known Incan sites which we accepted readily. Both sites, the Vitcos-Rosaspata and the Ñustahispana (The White Rock) were an easy hike away and both fascinating in their own way, especially Ñustahispana as it is an unfinished Inca site, thereby giving its viewers a slight insight to their ancient building techniques. 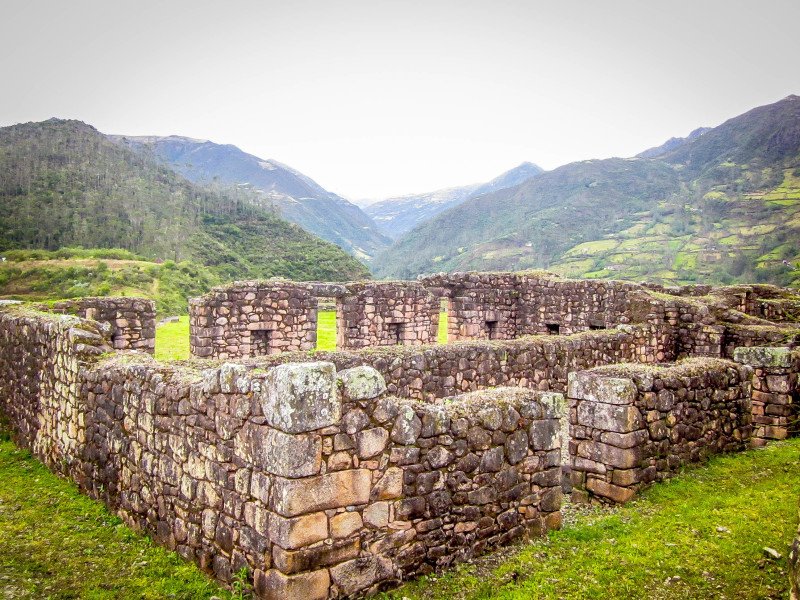 We stayed that night at a small hostel at the end of Huancacalle town, relishing the plain, but perfectly adequate sleeping quarters with their home-spun Peruvian blankets.

After a simple breakfast supplied by our guide, we began the 5 hours uphill climb over the Asuntina pass that, when finally crested, offered incredible views of the valley below with its winding river and rich green meadows.

If you do a trek in this region then watch out for the small black flies! I was bitten nearly 20 times all over my hands and these things hurt! The sting is painful, deep and itchy and the pain lasts over 2 months – not pleasant!

It was a tough first day of trekking as we then descended down into the village of Pillaukasa wending our way along an original Inca trail. I was glad for the low temperatures and cloud cover as the 11 hours it took us was not easy going, although our team of mules and porters looked, much to my jealous annoyance, as if they had just had walked 10 minutes up the road. 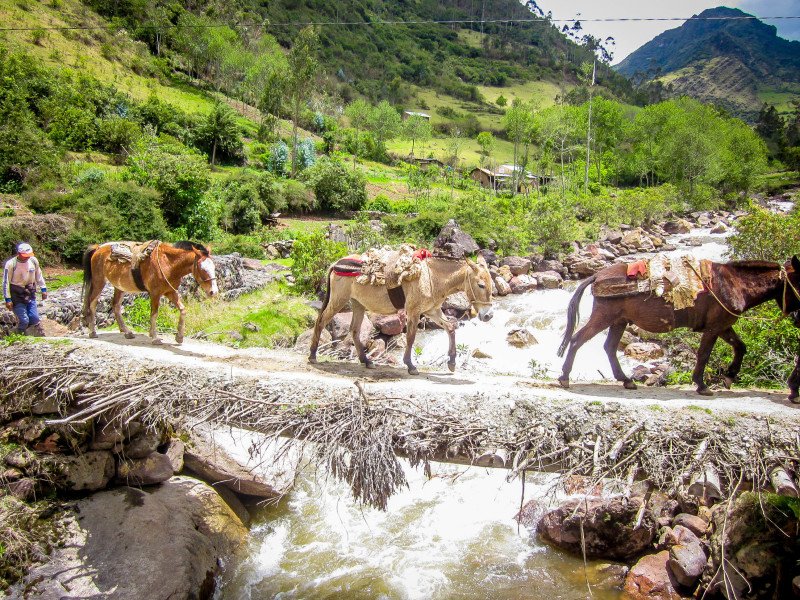 That evening we arrived at a remote dwelling, the first we had seen since leaving Huancacalle, and set up camp a few hundred yards from the stone house. So far, on our 11-hour hike, we had not encountered a single person – a total and welcome contrast to that of the Classic Inca Trail!

Incredibly, our guide informed us that the stone dwelling belonged to a local farmer and his family who were totally subsistent, living off the land around them. 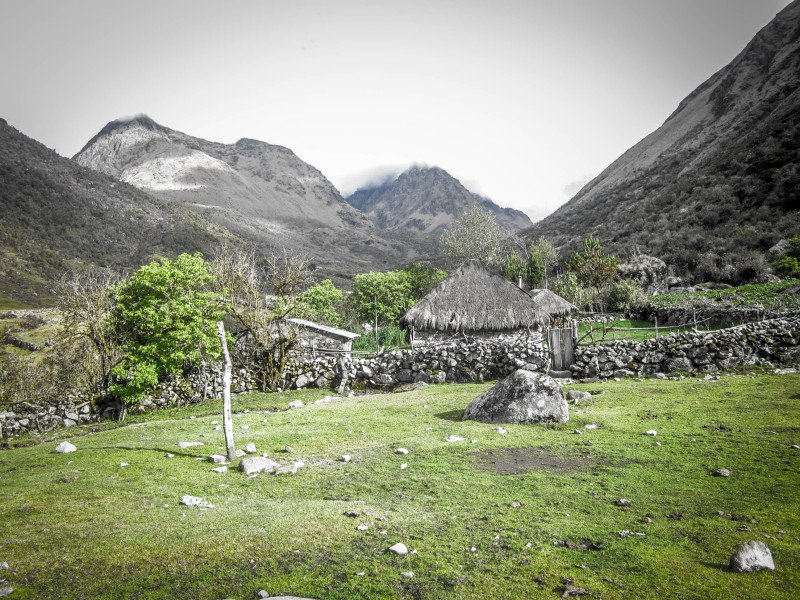 Day 3 turned out to be the hardest of the trek as we had to traverse 3 high passes! The first pass was Yanacocha (4,400m above sea level) which gave us great views of Yanacocha Lake far below. We then descended to the lake before re-ascending up the Tullu Tacanca pass (4,500m) where it started to become fairly muddy. At this altitude, I was huffing and puffing as my body struggled against the lack of oxygen. 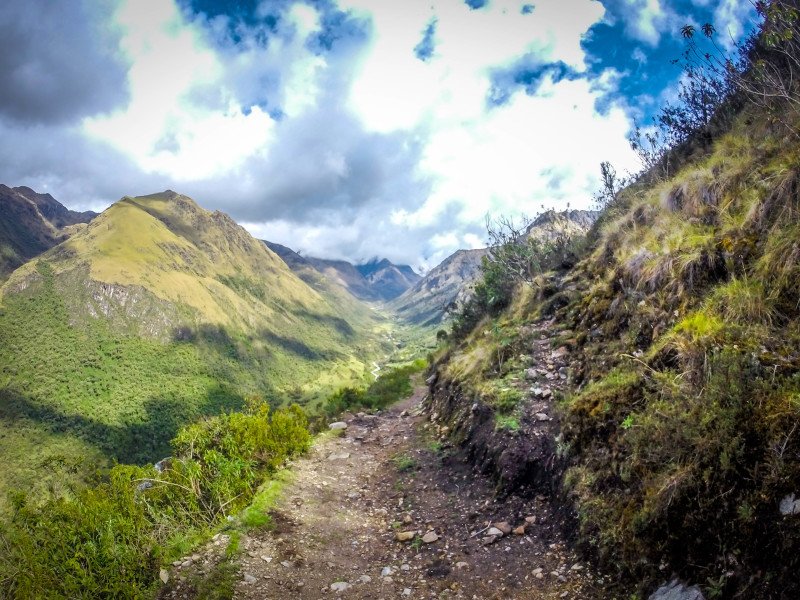 Although very tired at this point, the third pass – Abra Mujun was slightly easier and we quickly descended to our next camp site at Mtuypata. All 3 passes had offered stunning views and the landscape had a feeling of stark wilderness, making the days exhausting trek well worth the effort. My 4 season’s sleeping bag had never felt so good and I was glad for the extra down as the temperature at night got to the freezing point.

Mercifully, from this point, the trek became easier.

Day 4 – Descending into the Village of Yanatile

Day 4 began with an easy 4-hour descent into the village of Yanatile. Sadly, roadworks on a new road between the Hydroelectric Station and Yanatile interrupted the trail slightly and are set to continue through 2015. This was offset though by the beautiful jungle scenery that characterized the first section of the walk to Yanatile which eventually turned into fruit and coffee plantations as we neared the village. From Yanatile we drove to the Hydroelectric Station for lunch before trekking a further 2 hours to the town of Aguas Calientes.

Arriving in town our guide quickly checked us into the local hostel and suggested we take a swim in Aguas Calientes’s famous hot springs. Although fairly busy, the springs were a great way to relax from the journey and I would recommend it to anyone staying in Aguas Calientes. If you feel anything like I did after arriving, you’ll want to sit in those springs all evening!

The final day we were up and out before dawn taking the first bus to Machu Picchu to witness the sun ascending over the ancient city. Our guide took us to a point known as Watchman’s Hut where we all stood and witnessed the amazing vista before descending into the city itself. 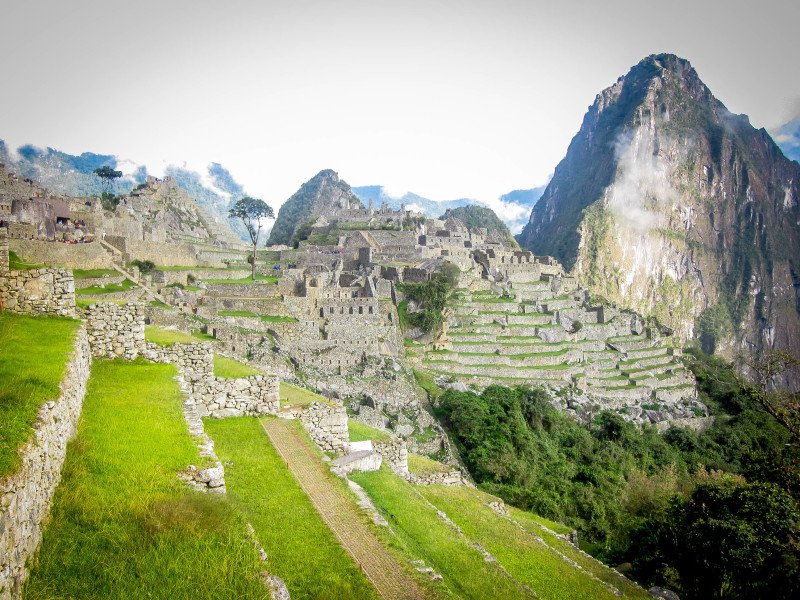 We arrived in Machu Picchu well before the tourist hordes, giving us a couple of hours to wander the site in peace and tranquillity – perfect. After exploring the ancient site we then took the bus back to Aguas Calientes and from there a train back to Cusco.

The whole experience was one of sheer remoteness and wild beauty. I would highly recommend the Vilcabamba trek to anyone wishing to get off the beaten path, avoid the permits and, most importantly, avoid the tourists! It’s certainly tough in some sections, but the final destination, incredible vistas and wild landscape you trek through are definitely worth the effort for any intrepid traveler.

Have you ever been to Macchu Picchu? What route would you most likely take?