The Most Epic Volcano Hike in Indonesia: Mount Rinjani 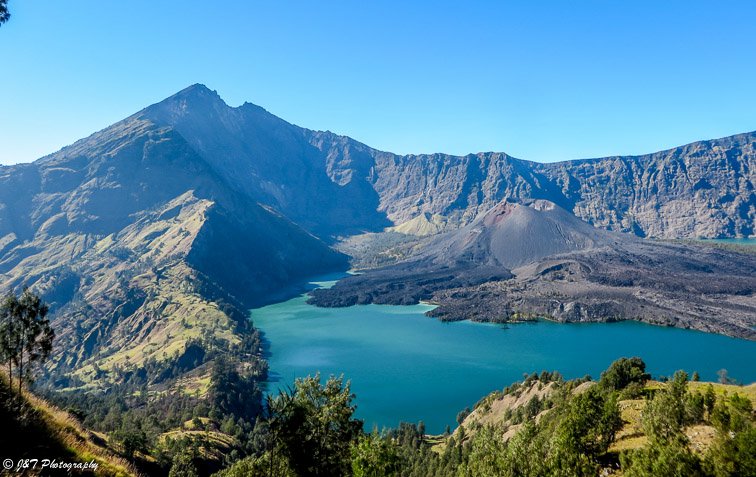 For some reason, Mount Rinjani doesn’t get placed on many travelers’ to do lists before they arrive in Indonesia.  The beaches and the rice fields are usually a top priority.   Therefore, I was hesitant to take 3 days out of my busy schedule for the journey.

Little did I know, by deciding to take on the challenge, I had just made one of the best decisions of the trip.

The guided three day trek lead our group up above the clouds, then took us down into a supermassive volcanic crater filled with a mineral blue lake.

“The eruption that created this crater was so huge that it’s considered the most powerful volcanic blast since humans learned to write.”

Once inside the crater, the trek paused at a natural hot springs oasis deep enough to cliff jump into! On the final day at 2 am, the journey to the fabled summit began.

The hike up Mount Rinjani remains one of my most treasured travel experiences and everyone who is able needs to put this adventure at the top of their list.  Here’s why: 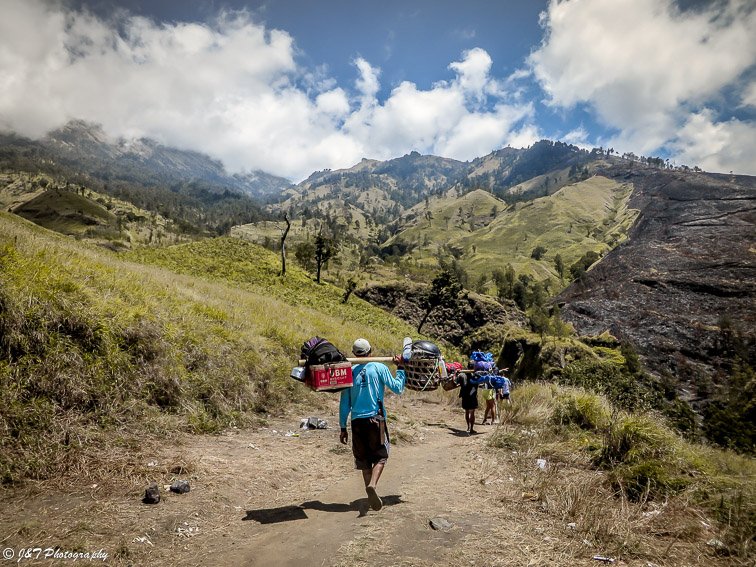 Located on the island of Lombok, Indonesia, this volcano is the second highest point in the country. It is famous for the 8.5 km wide caldera with several small active cones in the middle.  They have small eruptions frequently, but the supermassive explosion that created the original crater happened around 1257 AD.

Treks cost less than 30 dollars a day and include food, water, and all camping supplies. What’s more, local porters carry everything on bamboo poles for you the entire way…in flip flops. 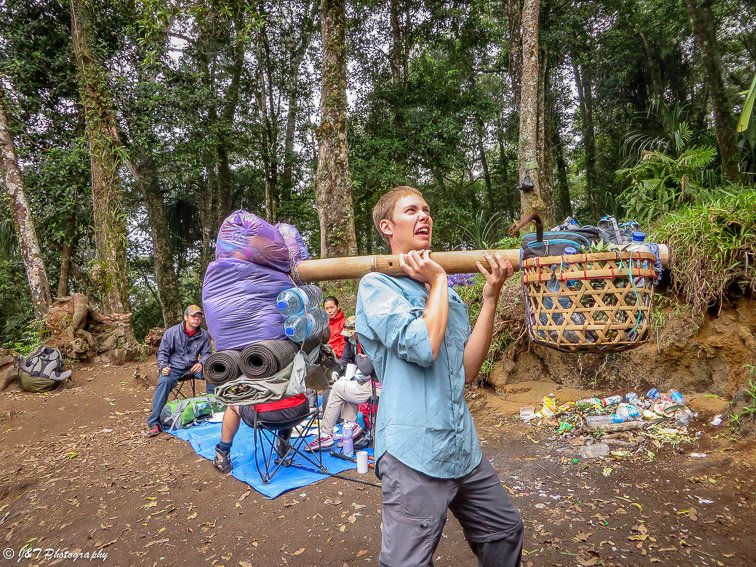 As you can see, it’s not as easy as they make it seem.  I would have lasted about 15 minutes before my back split in two. 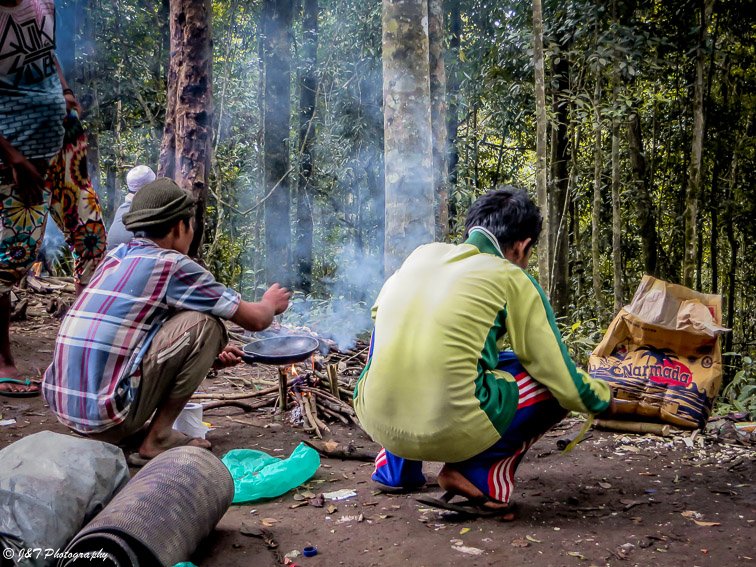 Not only did they pack and carry everything, the porters also cooked all the meals for us! 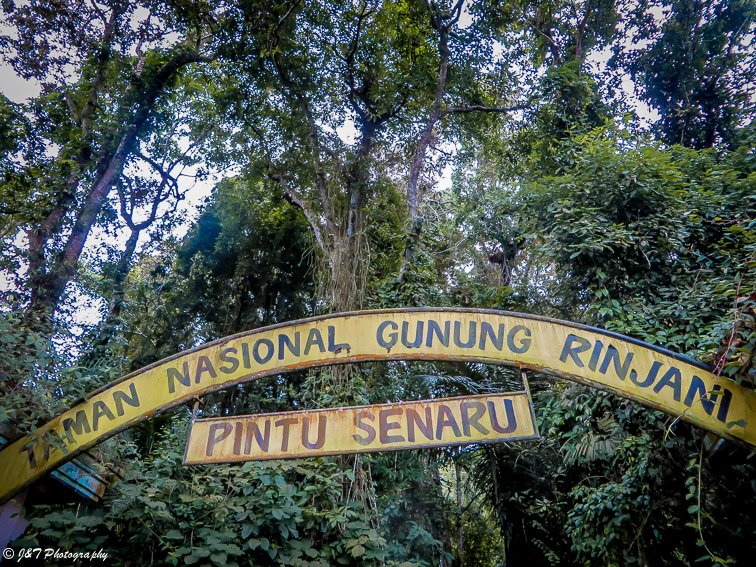 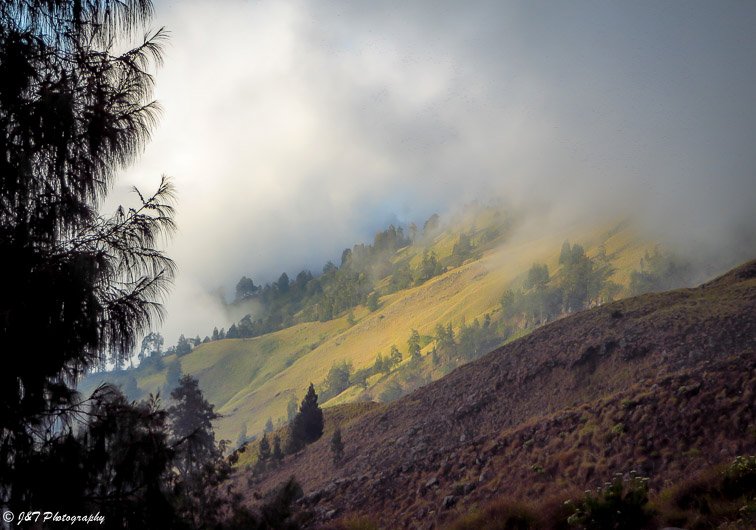 The first day began with a long sweaty jungle trek and eventually climbed into the clouds.  At this point, the trees gave way to high altitude shrubbery and grasses. It was a very cool juxtaposition. 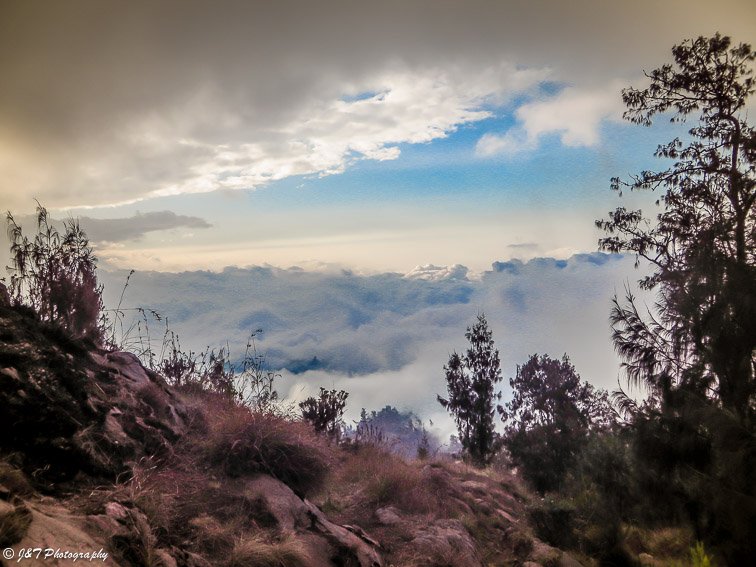 “The mist seemed to be guarding the mountain.”

After several hours, the mist finally parted and we were rewarded with one of the most spectacular sights I have ever seen. And we had only gone halfway…. 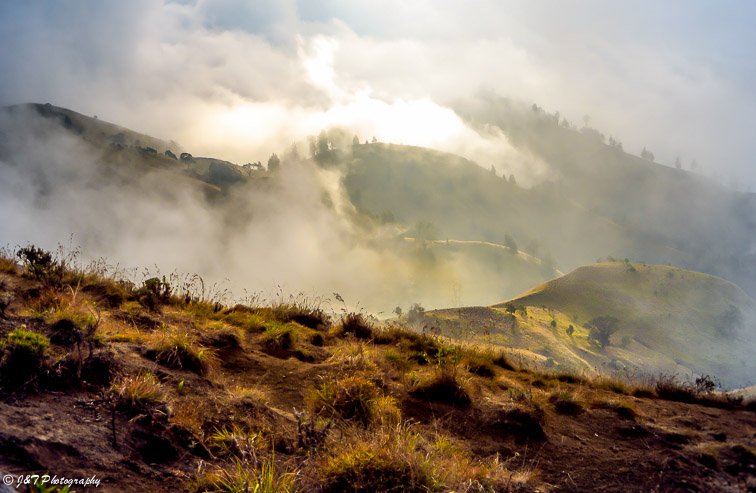 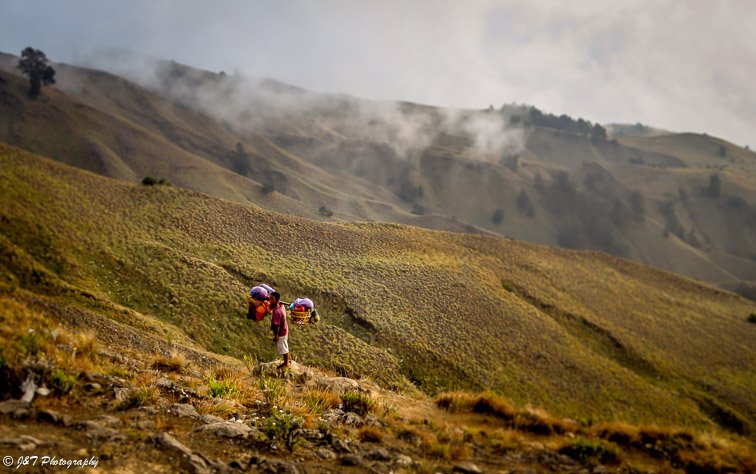 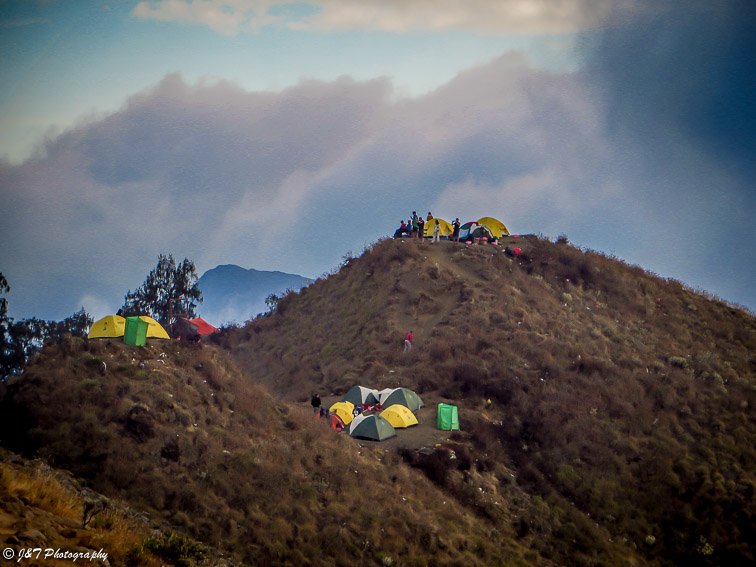 As we set up camp at the top of the ridge that surrounds the old crater, the sunset kept getting more spectacular. 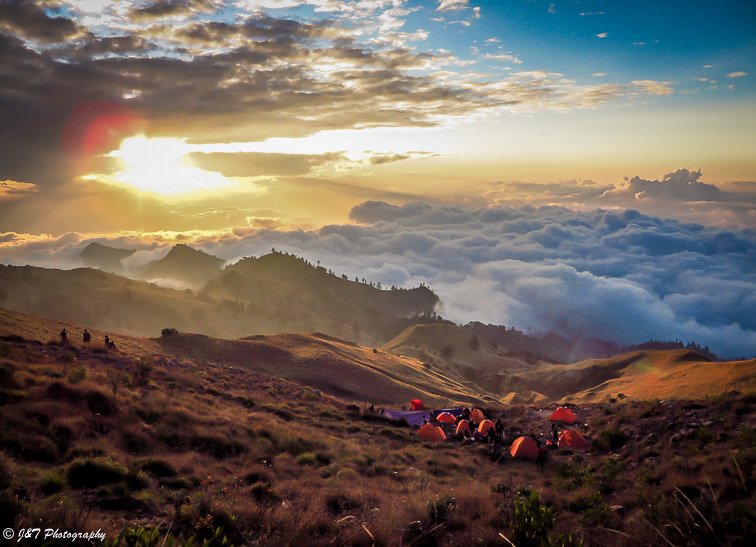 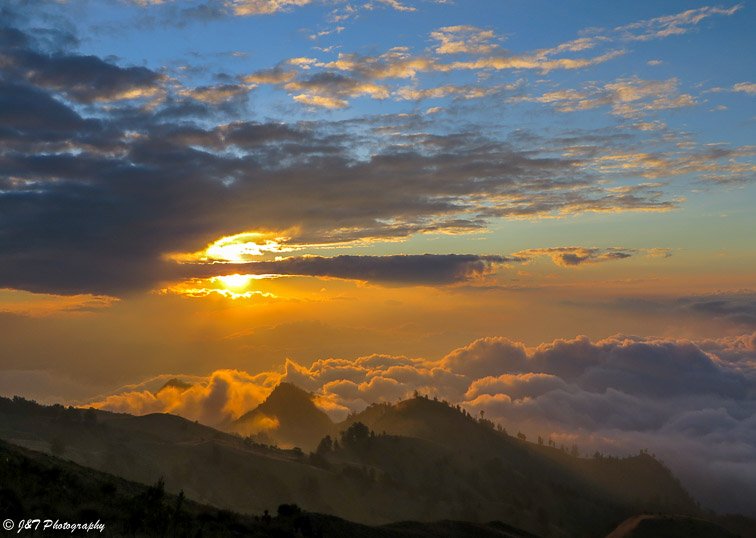 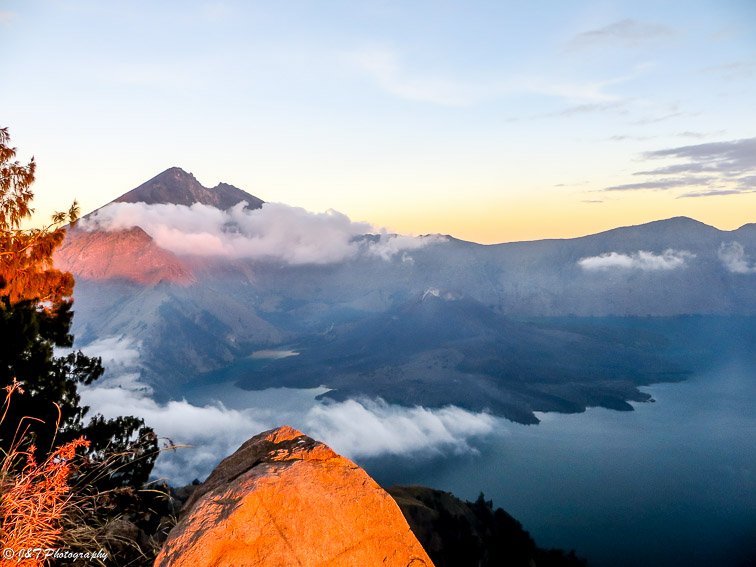 After climbing to the crater rim and seeing the active cone lit up in the middle of the mineral blue lake, I was awe struck…as you can see. 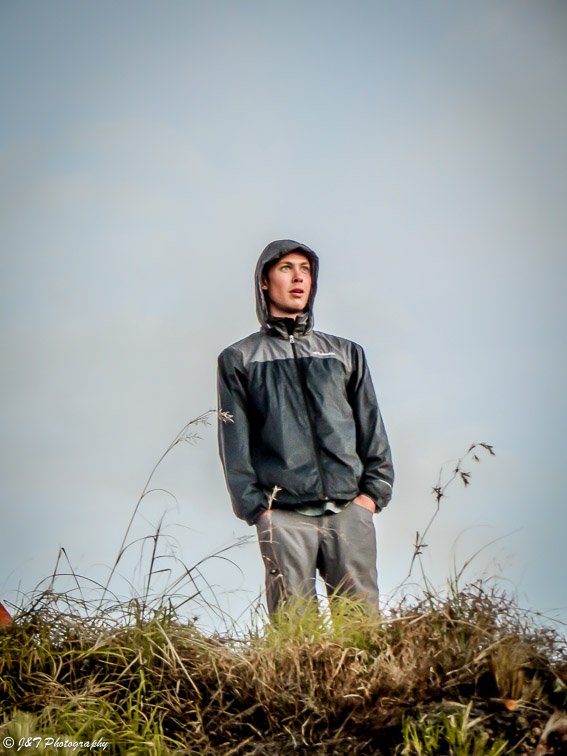 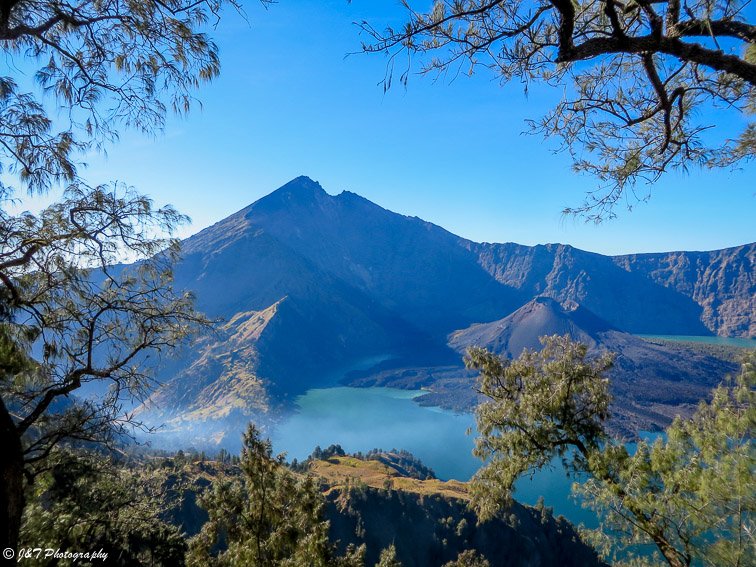 The next day, the hike continued down the vertical face of the old rim and traveled along the crater lake where I got to get up close and personal with the active cone….and the hot springs it produces. 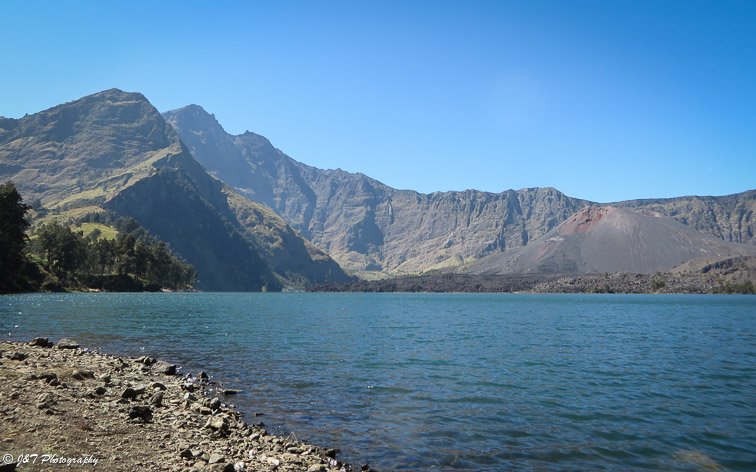 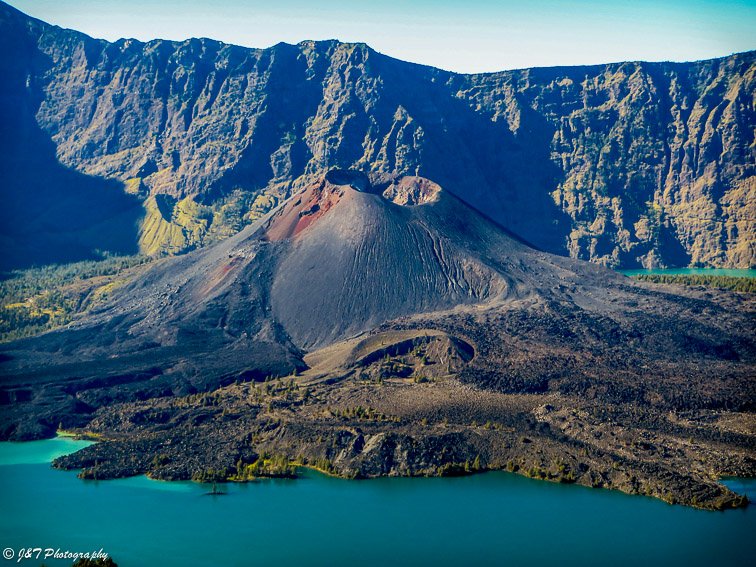 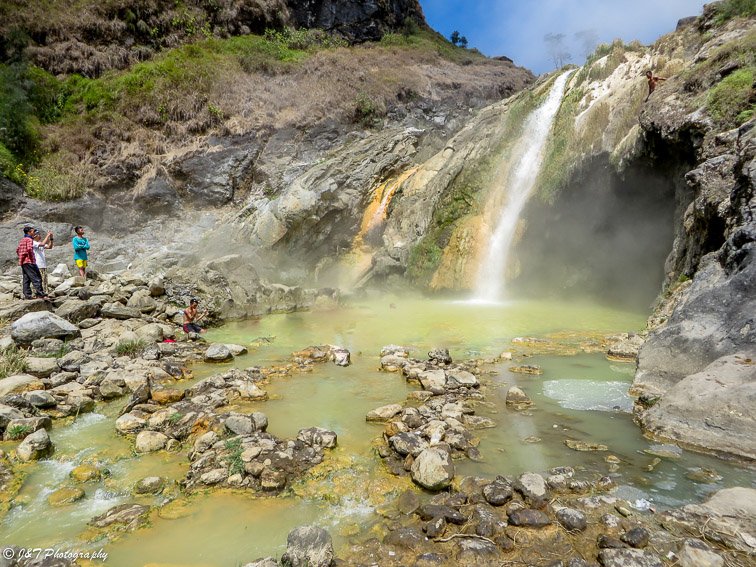 If you look carefully, you can see that there is someone in the upper right corner about to jump!  I don’t know of any other hot springs in the world that are deep enough for cliff jumping. 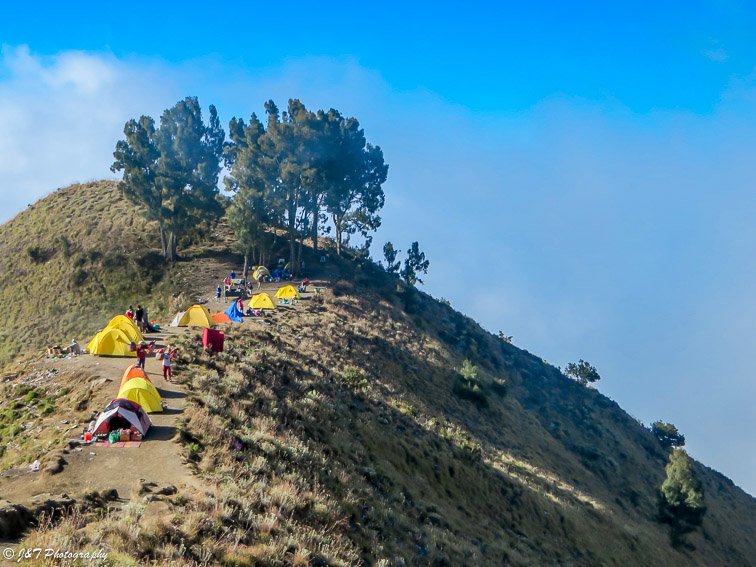 After a four hour sweat up the ancient stairs of a Buddhist retreat, we ended day two at the opposite rim. There is a natural spring here that is safe to drink!  The water was delicious and refreshing.  It was also a life saver since all the packed water had run out! 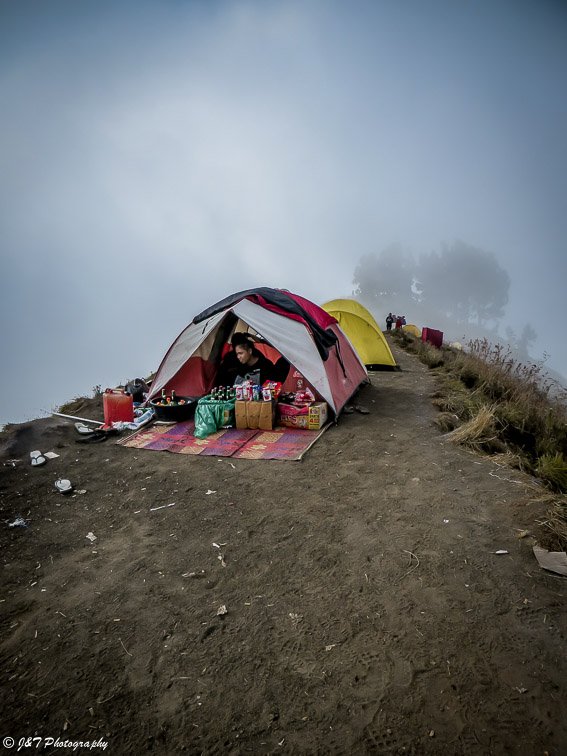 And just in case anyone was too thirsty to wait, locals carried up a variety of beverages for purchase…including cold beer! The trek, (and the beer) were plenty enough to tire me out, but I’ll say I went to bed early because day three was to begin at 2 am. 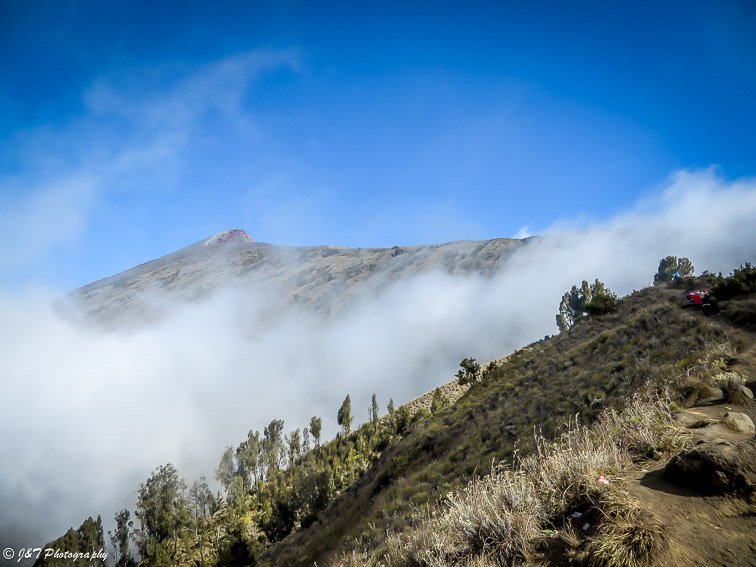 This is the view of the famous Rinjani summit.  It seemed like only a few hours after sunset that we were back walking on our tired feet. 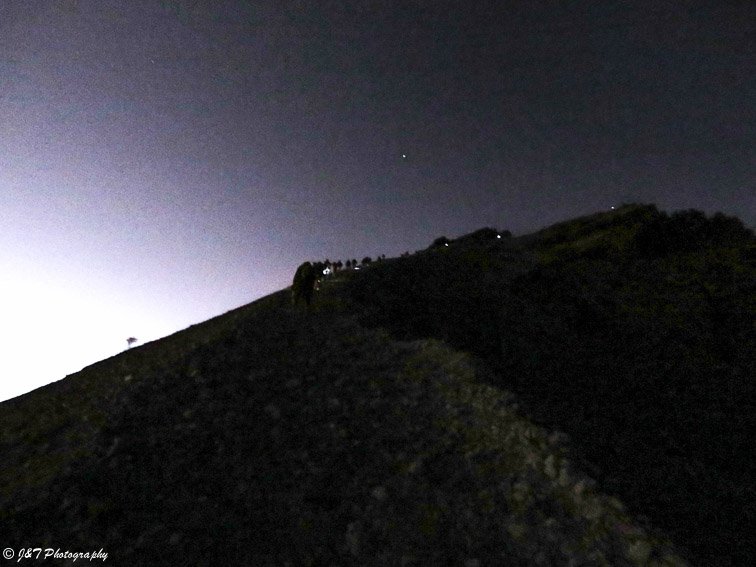 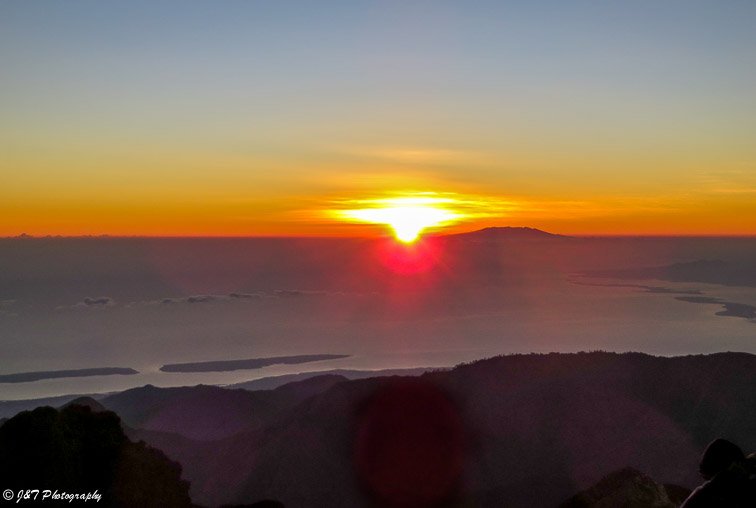 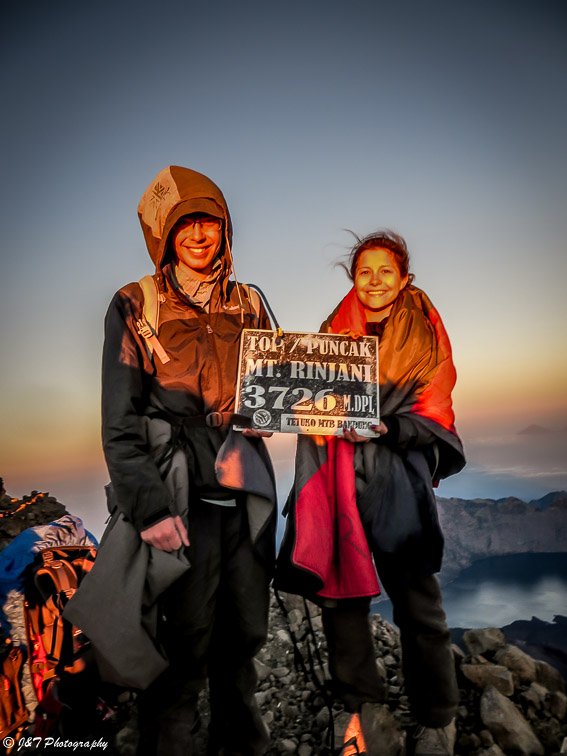 Hiking up ankle deep sand in the freezing cold 4 hours before sunrise was one of the hardest tasks I have ever done. Completing the journey just as the sun peaked over the horizon made it all worth it. The strange hood over my head was actually built into my sleeping bag.  I had to use the bulky contraption because I was not prepared for how cold it would be at the top.  Let this be a warning if you choose to hike Rinjani; Bring very warm clothes! 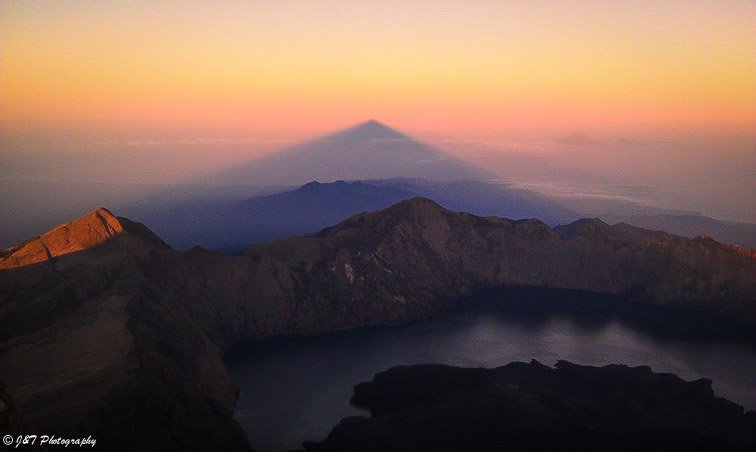 Perhaps one of the most impressive views is the perfect shadow of the mountain stretching out over the horizon. 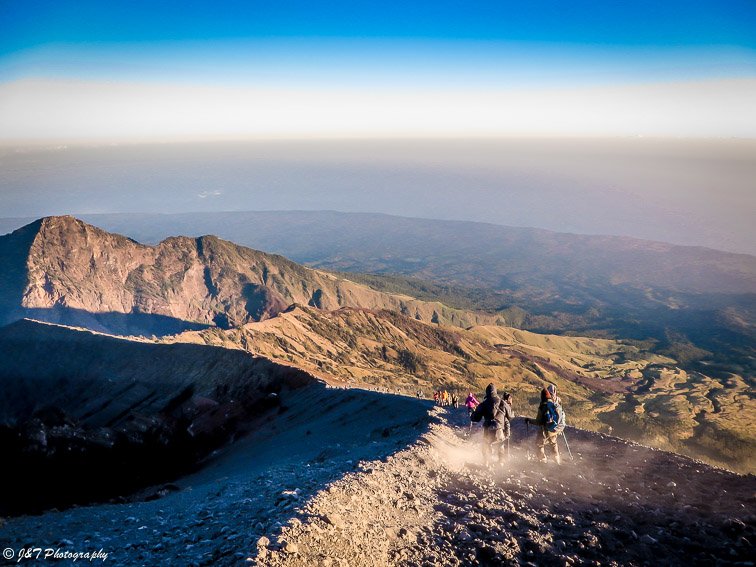 Taking running leaps the whole way down into the deep sand was a kick! Rinjani was one of the most challenging adventures I have ever completed.  The awe-inspiring views and the satisfaction of making it to the summit will never leave me, and I hope you will get to experience it too. Please remember to bring warm clothes and always carry a lot of water.

What was the most rewarding trek you have ever done?