Known simply as the Tower, for there is no other, it’s more than just another castle – a fortress on the Thames. Over the centuries, this official royal fortress has served as a royal palace, a political prison, an execution ground, a royal mint, an arsenal, a menagerie, and a public records office. Today, it’s one of London’s premier attractions: the home of the Crown Jewels of England.

Its walls, gatehouses, and the tower are ingrained in English history – less a backdrop than a character itself. To talk of England without the Tower is almost unimaginable; as the author, John Owen Theobold, wrote, “Always there have been six ravens at the Tower. If the ravens fly away, the kingdom will fall.”

Let’s find out what is the Tower of London.

What is the Tower of London?

The Tower of London is more than just a tower. Covering almost 12 acres, it includes two concentric rings of walls and an assortment of buildings – contained in the inner and outer wards, and the White Tower – the central keep, also known as donjon. Once upon a time, the tower was surrounded by a moat, though this was later filled in.

Some have described the White Tower – built from Kentish rag-stone – as “the most complete eleventh-century palace in Europe.” A lone monument that housed everyone from Sir Walter Raleigh to Guy Fawkes (who was tortured here for his involvement in the gunpowder plot).

When was the Tower of London Built?

Like all medieval castles, the Tower of London was a work in progress. You may ask when was the tower of London built? The White Tower, which gives the entire castle its name, was built by William the Conqueror in 1078. Not including the projected corner towers, it measures 36 by 32 meters at the base and is 27 meters high.

The inner ward was created over a century later, during the reign of Richard the Lionheart. In later years, walls were constructed, and a moat was dug – effectively doubling the castle’s size. Further expansions included the St Peter ad Vincula, a Norman chapel, and the Bloody Tower – so named because it was believed to be the site of the murder of two princes in the 1480s.

The outer ward was added during Edward I’s reign. He dug a new 50-meter moat beyond the castle’s new limit and added the colossal curtain wall. The new complex also included an inner and outer gatehouse and a barbican that became known as the Lion Tower – because it housed the Royal Menagerie since the 1330s. The Lion Tower no longer exists.

Who Made the Poppies at the Tower of London?

Perhaps one of the most startling sights in recent years wasn’t an execution or even the Crown Jewels, but the commemorative art installation Blood Swept Lands and Seas of Red. Created in remembrance of the outbreak of the First World War, the Tower’s moat was filled with thousands of ceramic poppies in 2014.

Again, in 2018, marking 100 years since the end of WWI, an exhibition, Beyond the Deepening Shadow, involved the Yeoman Warders creating a circle of light radiating from the Tower.

The ceramic poppies were created by artists Paul Cummins and Tom Piper. Almost 900,000 ceramic poppies were used – each representing a British fatality during the war. Over 20,000 people volunteered to install the poppies in a breathtaking display that rose up and over the castle walls.

Things to See at the Tower of London

The Tower of London is a full day of exploring and tours. Here are some of the top sights to see within the infamous walls: 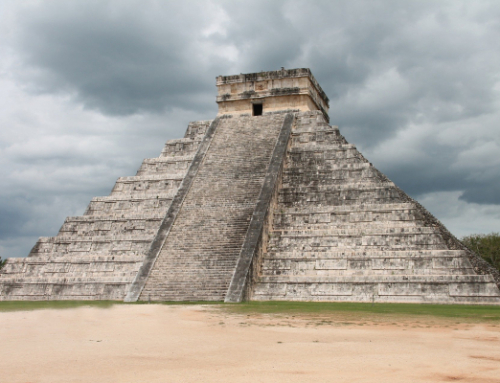