Working on a Cruise Ship in the Hawaiian Islands 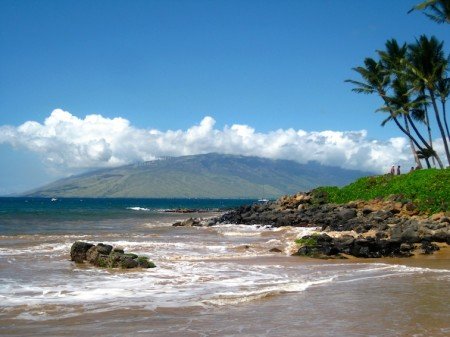 Who knew having a cruise ship job in Hawaii would be so fun – it even helped me travel around the world!

And I certainly remember the experience I had like it was yesterday.

The thunder roars in cugnance with the incoming sea as the winds howl unapprovingly into the cliffy rock side.

Black sea crabs scatter frantically into the holes beneath the white, debris scattered sand along the beach while the palm trees sway dangerously from side to side, hitting each other with a loud CLACK that resembles the sound of two boards hitting each other head on at full force.

From land, all hell had broke loose leaving everyone and everything taking cover but from my humble abode working aboard the 926 foot cruise ship doing my cruise ship job in Hawaii, there was a different story to be told.

The Captain had just rounded the end of the Na Pali Coastline and began to turn this massive vessel in preparation for our return to port in Oahu.  Although a storm was raging over the island of Kauai and along the length of the coastline, the sun was shining impressively allowing everyone to take advantage of the perfect photo op.

The sun clashing with the rain revealed the perfect double rainbow which left all the ‘pleasantly plump’ lotion covered sunburnt tourist gleeful with joy while they posed for their chubby pictures.  What could I say…they were having the times of their lives. 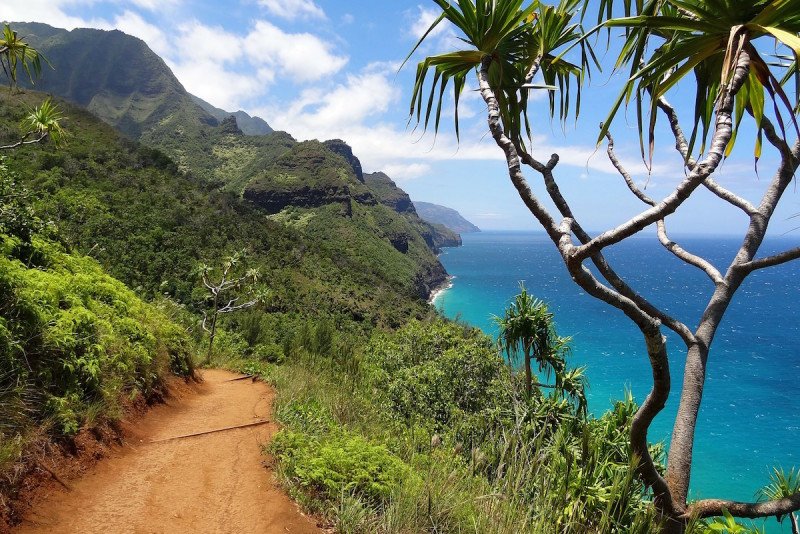 Working a cruise ship job in Hawaii is one of the most memorable moments in my life that I never thought I’d get the chance to experience.  Don’t get me wrong, it’s a lot of fun but while living on a ship you must have that ‘work hard, play hard” mentality.  Work is 7 days a week and the contract lasts for 5-6 months minimum and 8-9 months maximum.

Yeah…and it’s a lot of work.

You have strict guidelines to go by, plenty of work to do, and you always have to do it with a smile!  The living arrangement are tight…real tight.  Depending on the department you work on and your position on the ship, living arrangement can vary from anywhere between 2-4 to a cabin.  If you’re in upper management, then your cabins are only 1-2 to a cabin which isn’t as bad and beds are bunk style.

Don’t get me wrong, working for a cruise line was definitely hard work but the tradeoff was worth it.  I was not only stationed in Hawaii, but able to leave the ship nearly every day.  I had the opportunity to surf in Oahu, Kauai, and Maui.  I drove various scooters around Kauai, visited Waimea Canyon (aka the Grand Canyon of the Pacific), and even rented a Mustang Convertible and drove to Kihei as well…now that was a lot of fun!

Two days out of the week we overnighted on the islands which offered an opportunity to go mainland and mingle with the locals.  Although I did enjoy the bars every once in a while, I mainly stuck to playing at the beach, snorkeling and backpacking.  If I was nowhere to be found, chances are I was napping in my hammock right off the beach and playing my ukulele…good times! 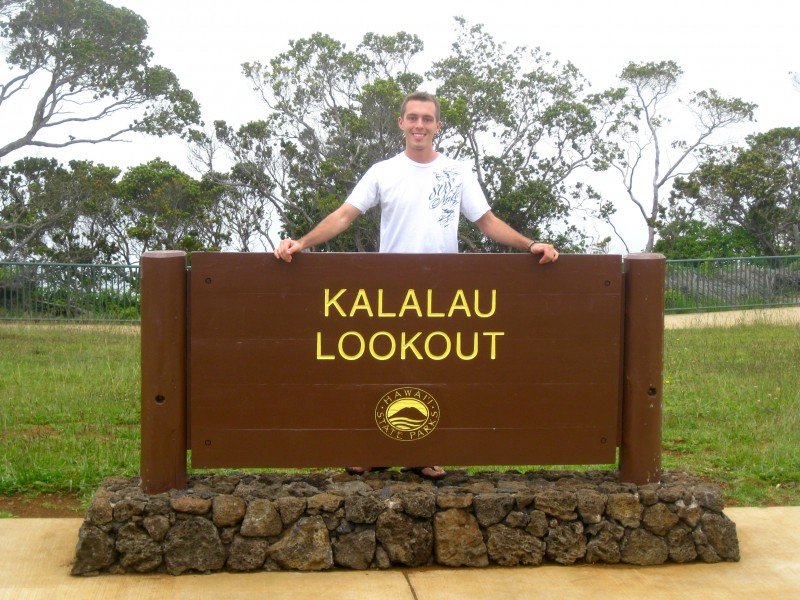 There’s tons to do off the ship with your flexible-block shift work schedule but don’t let me forget about the ship life itself.  Although crew quarters were limited, we still had our own gym, buffet, swimming pool, sun deck and even a bar/entertainment room that came with a pool table and 3 big screen televisions.

Don’t ask me how we played pool on a rocking ship at sea but somehow we managed…lol.

The “library” which consisted of two large bookshelves, also had a big screen television with multicolored sofas where we could play video games.  I almost forgot to mention the movie rental department where a very large collection of movies were available for loan as well as toys of various kinds that we could take off the ship like a football, volleyball, bicycle’s, snorkeling gear and yes, even a grill.

Having the privileges of leaving crew quarters and visiting the guest areas twice a week and on our overnights, I was able to enjoy some great food at various restaurants like the Lazy J Steakhouse as well as some sushi!

If you didn’t know, I LOVE sushi and with a crew rate of only $15 USD for all you can eat, I ate there quite frequently.  If I wasn’t in the mood for sushi, then another place I frequented was the steakhouse because a four course meal only cost you $20 USD…and that was including your 10oz Fillet Mignon with that Jumbo Shrimp Cocktail. 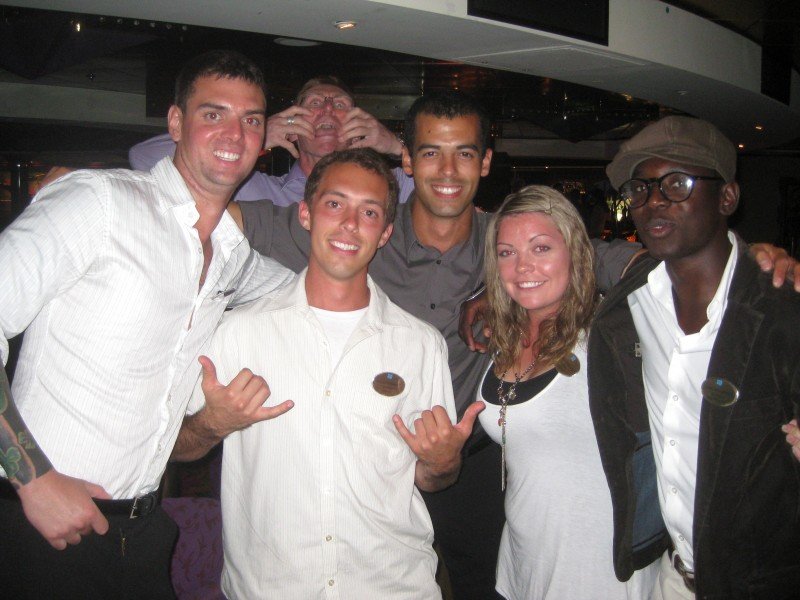 This was fantastic and the best part was after dinner where I had the opportunity to enjoy the guest entertainment such as a comedy and magic show.  If I felt like I wanted to “move it move it”, then we were also permitted to enjoy the night life onboard by hitting up the clubs and having a few drinks at the bar while we danced the night away.

I particularly remember this most during my birthday where I had the night off.  With a great bartender we had some good times!  Living and working on a cruise ship for two contracts resembled some of the hardest working, yet funnest times I’ve had while traveling!

Could you ever have a cruise ship job in Hawaii – especially if it payed you enough to travel around the world?