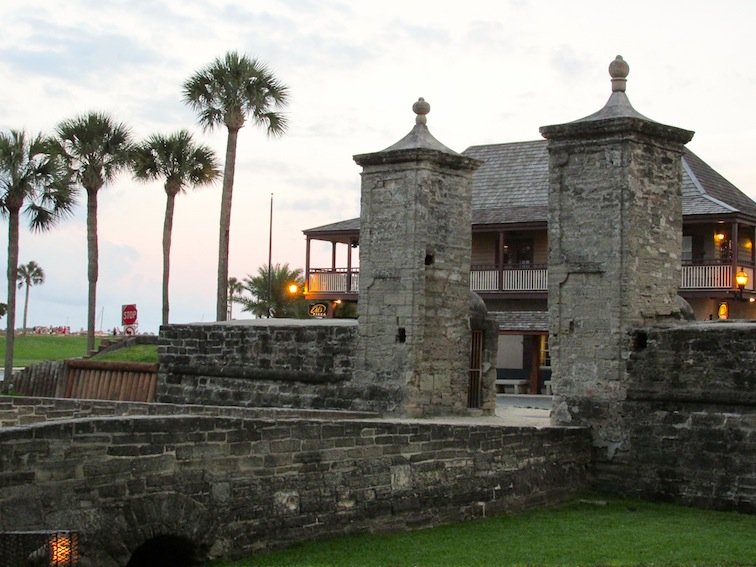 We passed over the Bridge of Lions and were greeted by the welcoming sight of sailboats anchored in the harbor overlooking the historical city of St. Augustine. To our right proudly stood Fort de San Castillo while to our left the El Galleon, a 175-foot Spanish ship replica from the late 1500’s sat in port for tourists young and old to explore.

To our right proudly stood Fort de San Castillo while to our left the El Galleon, a 175-foot Spanish ship replica from the late 1500’s sat in port for tourists young and old to explore.

As we approached the main light, we took a right closely followed by a sharp left finding a parking space near where the Old Drug Store & Medicine Shop once stood.  Stepping out of the car and making our way to the walking mall, that’s where the adventure began.

Inside the Authentic Old Drug Store.

Shops & stalls lined the entire length of the walking mall.  To the right they were filled with glass decor, air-plants and fossilized seashells while to the left stood bamboo tiki heads, local eateries and many other assortments of fascinating tourist destinations.

Jonathan, Dillan & I were pretty excited to explore St. Augustine.  I had been here a fair amount of times but, for the guys, it was their first visit to such a historical monument in America.  We had only spent a total of 2 days in the town (after all it was the starting point of our entire road trip) but we definitely got our times worth out of it. 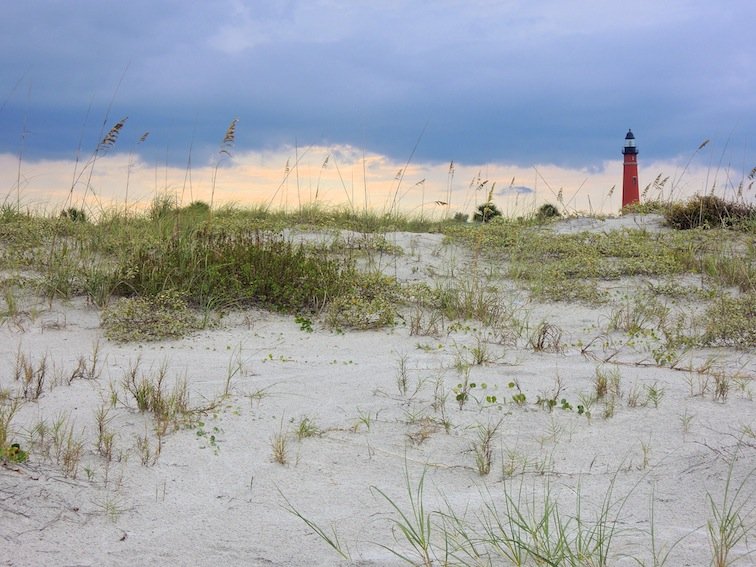 After browsing through all the shops, we discovered a small shop called The Hyppo.  Amongst the tongue-twisting variety of flavors they had such as Pistachio Coconut, Riesling Pear & Mango Habanero, I have to say my favorite was one that was flavored as a Bacon & Maple.  It may sound weird and although most who have sampled it say it takes a required taste to appreciate it, I found it quite delightful…hell, there were real pieces of bacon in it!  And who doesn’t like bacon?!

After leaving the popsicle shop behind, we then met up with the Honey Bee’s Homestead & our Couchsurfing host Allana.  She told us about the local side view of the city which the boys and I found very interesting.  Getting a few insider tips on things to do, we finally decided to take a tour and get a Ghostly Encounter with Ancient City Ghost Tours.

A Haunted Cemetery we Encountered during the Tour.

Amongst the very spooky experience, our guide Sean spoke of many of the different historical monuments, pirate legends & even ghost stories.  I still think the most interesting of them all was the couple who were shackled together and then incased inside Fort de San Castillo…crazy stuff!

All in all, I would have to say I couldn’t have imagined stopping at a better location to get started off with on this entire road trip.  Between the hospitality we were showed by our host, the spooky ghost stories, the beach & the breathtaking historical value of the entire city I highly recommend for you to visit St. Augustine, Florida for yourself!

Would you like to explore the ancient city of St. Augustine, it’s history and ghastly facts?